Myth: Jesus is All You Need to Make a Marriage Work

If you met Dennis and I, then you know how different we are from each other. Our upbringing, our backgrounds, our likes, but one thing stays central and core: Jesus.

...and that really is all you need to have in common before entering a marriage. Correct? Not really. 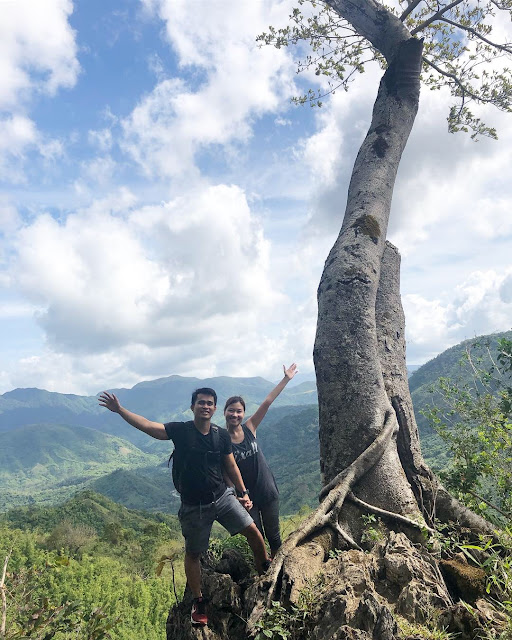 While Dennis and I both love the outdoors, he likes the mountains while I like the beach. He is Bisaya (born in Bukidnon) while I am a Fil-Chi from Manila.

Other factors also play a part. I think if you're a Christian and you're rooting for two of your friends in the church, you are bound to hear one party say "Hmm, friend lang talaga tingin ko sakanya eh." "No, I don't see her THAT way..."

Dibaaaa... so it means, we are also looking for other qualities aside from the person being a Christian and this is not something to be shy about because this is valid.

Other things play a part and you don't have to belittle these things because also looking at these factors makes marriage smoother in the long run.

So what are these 3 factors?

You have to be attracted to the person

Let's get this truth on the table:

Physical attraction plays a part even though you both love Jesus already!

And some singles may be downplaying this aspect and may even go as far as to invalidate this quality because it's so "un-Christian." Anyway, we have to be looking at the heart of the person, right? And not the physical appearance. Ang judgmental ko naman... (odiba najudge mo pa ang sarili mo hahaha!)

Totoo naman yun! The character plays a much heavier role, but physical attraction is not to be relegated to the wayside either. So it's okay to look for this in your future spouse, especially if you're going to wake up next to the person for the rest of your life. You are not a bad person for looking for chemistry and attraction in a relationship.

God is not a God that would force you into a relationship just because He wants the two of you together. He is a God who gives us the freedom to choose within the bounds of His will.

You have to have the same goals

I remember one of the things that Dennis and I talked about when we were already in a relationship was whether we will be able to have a baby.

Both of us wanted a baby, no doubt. We both desire to have one but I also know that I was already in my 30s at that time, diagnosed with PCOS so it may be harder for us to conceive by the time we get married.

So I asked him while we were having coffee during our dates one time: "Is this a non-negotiable for you? because if it is, we have to think whether to continue with this relationship or not..."

In my mind, I want to make sure that he knows what he is getting himself into. Of course, God is a God of miracles (as we have shared here) so we will continue to be in faith... but what if He does not will it for us to have a baby, is this okay with the both of us?

So that was one of the major things we have to think through after getting past the fact that we are Christians and we both love Jesus.

I know two super-rooted-in-Christ people. They got in a relationship but found themselves TOO DIFFERENT like the other one wants to have kids, the other one doesn't. And they just weren't the same wavelength. So they broke it off.

Another thing that we both had to discuss was where do we see ourselves 5 or 10 years from now. And since I have always had missions in my heart, going to another nation was something that is a possibility for me in the future. So whether he sees himself being in a foreign land was also something that we talked about even when we were just dating.

You have to be on the same timeline

So great, you both love Jesus, you are both physically attracted to the person, you have the same direction... but are you on the same timeline? Meaning, are you both ready to be in a relationship? It's one thing to have your crush reciprocate your feelings and quite another to see that person in front of the altar with you.

Sometimes you see your future spouse in the person BUT in 3-5 years' time. Now if the other person sees you as his or her spouse in a year's time, then that is something that you have to talk about.

This is not something to bash about the person, because you have to be ready and willing to do whatever it takes to make a marriage work because it is no joke.

Marriage takes hard work and commitment. It is the covenant that Jesus instituted to mirror the kind of covenant He has with us -- to never give up on the person and to love that person unconditionally.

So if you don't see yourself being THAT person for the other person JUST YET, then it's better to assess your readiness early on to see if you're on the same page and season.

But if the other person is willing to wait, then great! Marriage is a lot about the willingness to go all the way to the other end for the person, and dating is the best training ground for it.

So there! Just some things I realized when I got married and just wanted to share these things especially with the singles out there. This means that for Dennis and I, we have checked those things above after checking the major thing which is to love Jesus first and foremost. :) That's ultimately the non-negotiable, but there are also other qualities at play that also deserve looking at.

Feel free to share your thoughts on the matter, too! 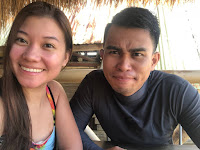