Here it is! The last installment of my Japan series which will be about Nagoya! Whoohoo! 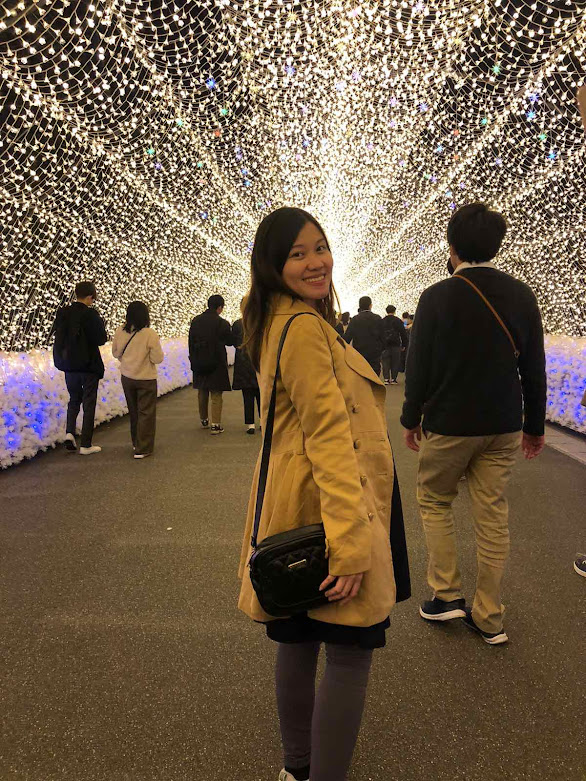 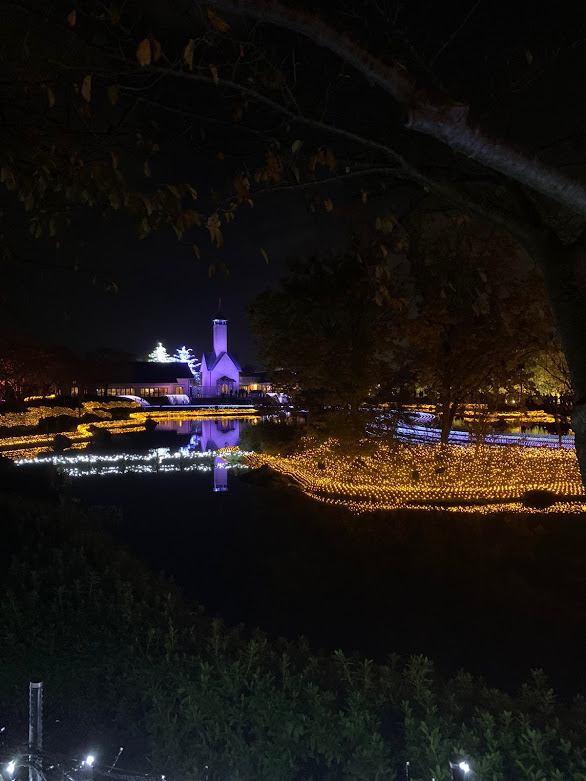 You know how there is your plan then there’s God plan for you… Which oftentimes are two totally different things? This was one of them.

We were just planning to stay in Osaka for the entire duration of our trip but when Kim reached out to me for a ministry opportunity, we just knew God was opening our eyes that He has bigger plans for us than we have for ourselves during our travel. 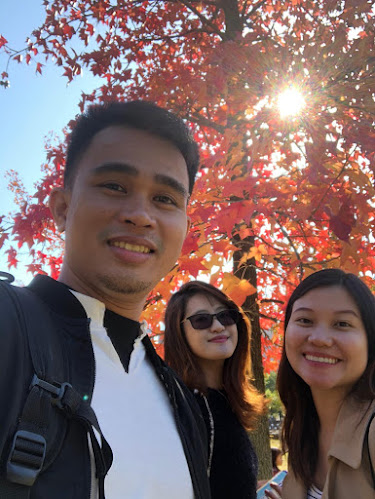 That's Kim in the middle touring us on our 2nd day in Nagoya :D

Kim has started working in Japan for the past few years and when she found out that we were going to Japan, she invited us to train the kids ministry volunteers in her home church in Nagoya. We have been joking that we will visit her there someday, but we didn’t know that we would actually get to visit her AND minister to the people there as well.

Nations have always had a special tug in my heart so when Kim asked me if we were up to travel a couple of hours away from Osaka to go to Nagoya to visit her home church, it was a resounding yes for me and Dennis.

To train in Japan and to do it with the next generation in mind? The decision was a no-brainer for me even with my current state. Hindi mapagkakaila na buntis na talaga ako nun, Malaki na talaga tiyan ko. Haha!

But I know that God will protect me and baby because His heart is for the nations. 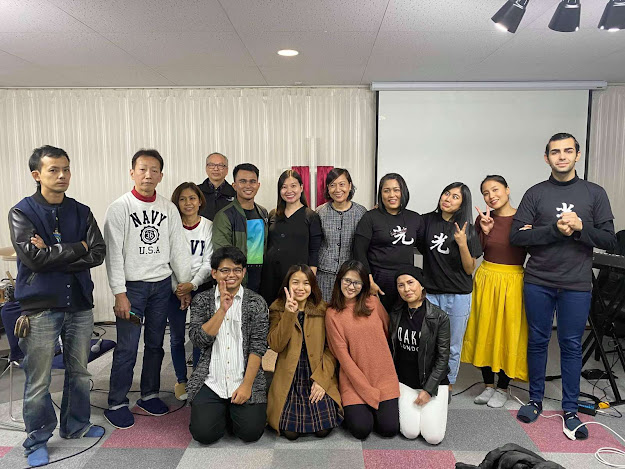 Doing missions has always been like that -- expecting that you will be there to refresh others but ended up being the one so refreshed after.

The moment we entered the church, we knew that God’s presence is thick in the place. Minutes into the praise and worship time, nagkatinginan nalang kami ni Dennis and we we’re both crying. We felt God’s great love for these people.

We are so grateful for the opportunity and we hope to someday be able to do this again. Namiss ko mag-missions! 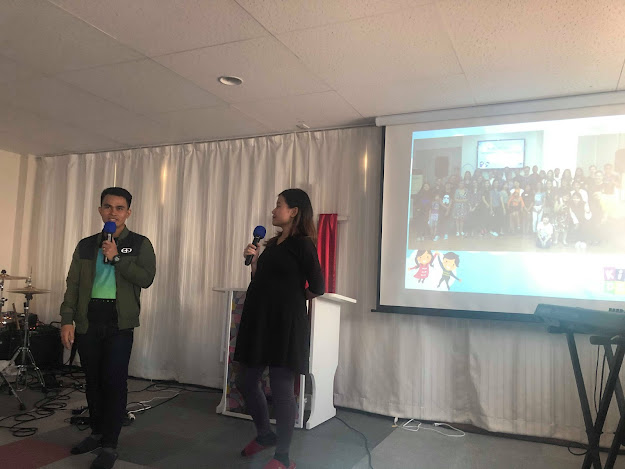 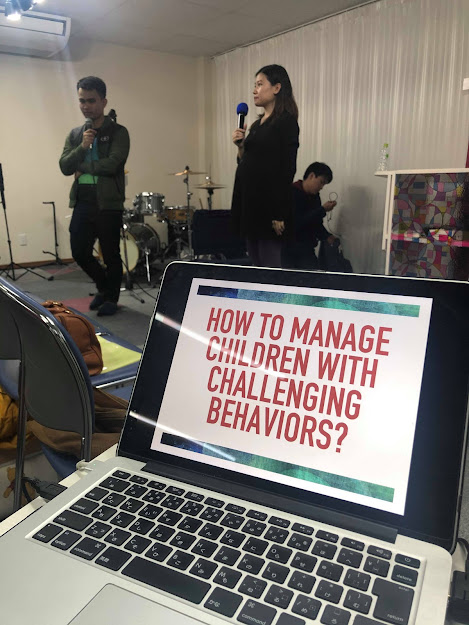 So everything else that we did in Nagoya were added bonus. Nagoya is also gorgeous! It has that provincial vibe like Osaka but at the same time there are also business districts with high-rise buildings and malls. 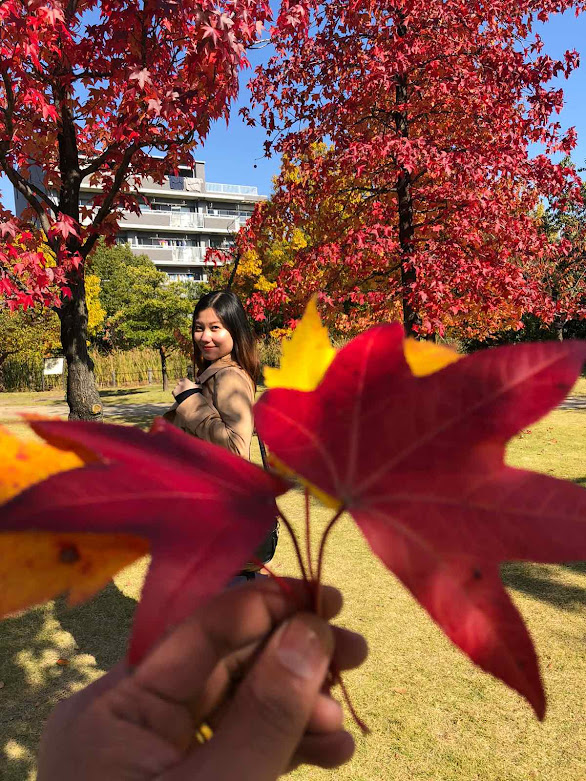 Our excuse? It's fine, we won't be back here for awhile anyway. They won't recognize us by the time we get back :P 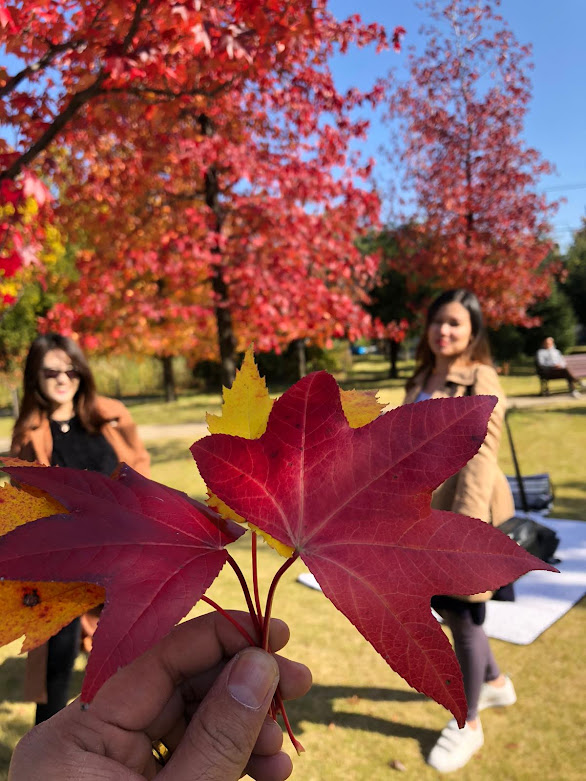 On our second day, we went to Noritake Garden. Noritake is a ceramic company that has been in the industry for more than 100 years. The Noritake Garden is built on the company's former company grounds so the idea is to provide a space wherein they can showcase their products while also providing recreational space in the middle of Nagoya for locals and tourists.

There is a craft center where the visitors can attend a workshop to create ceramics and porcelain and there's also a museum that exhibits artifacts like jars and vases. For us, we just went around and walk the length of the place because we were on a budget. Haha! #tipidtipiddin 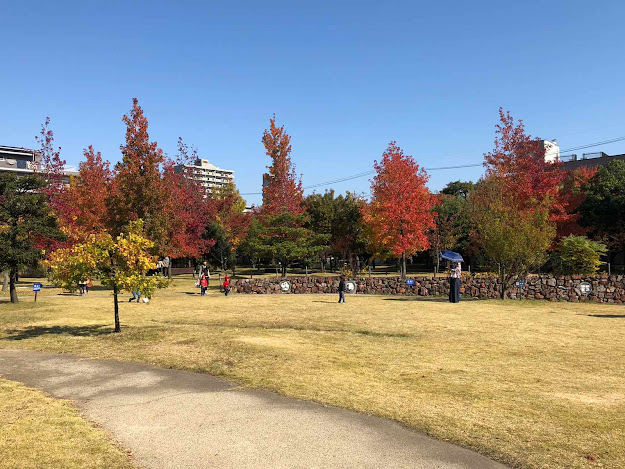 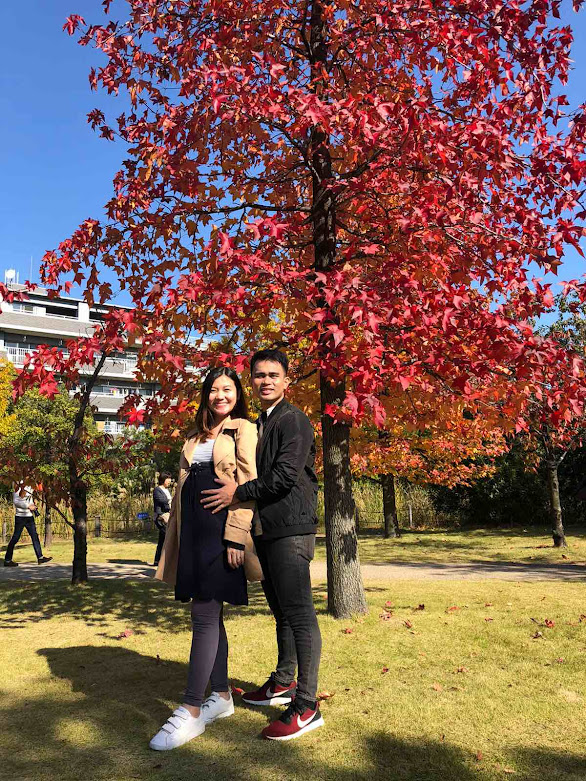 We noticed that some have set up picnic on the grounds, the parents were sitting on the plaid cloth laid out while the kids are running around playing. Some were sitting on the benches, reading books or people watching. It was a nice sight to behold. It made us want to wish we brought our own picnic blanket and some snacks to munch on. What a nice place to relax in! 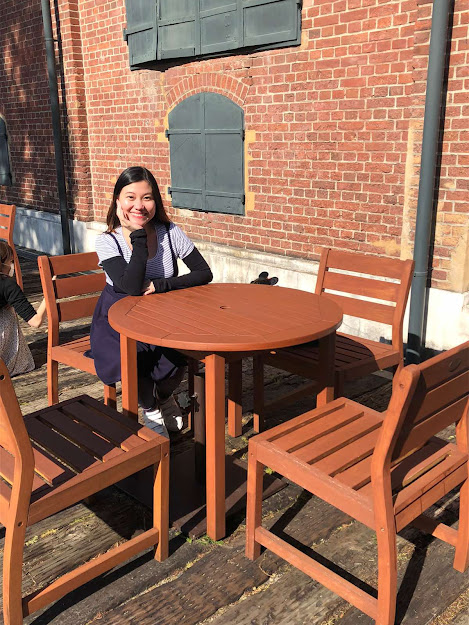 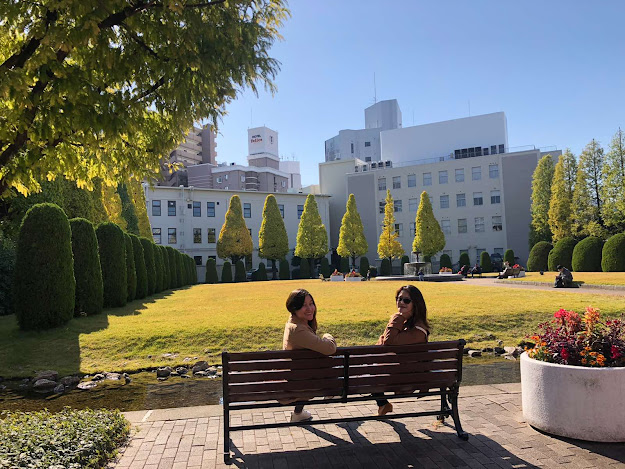 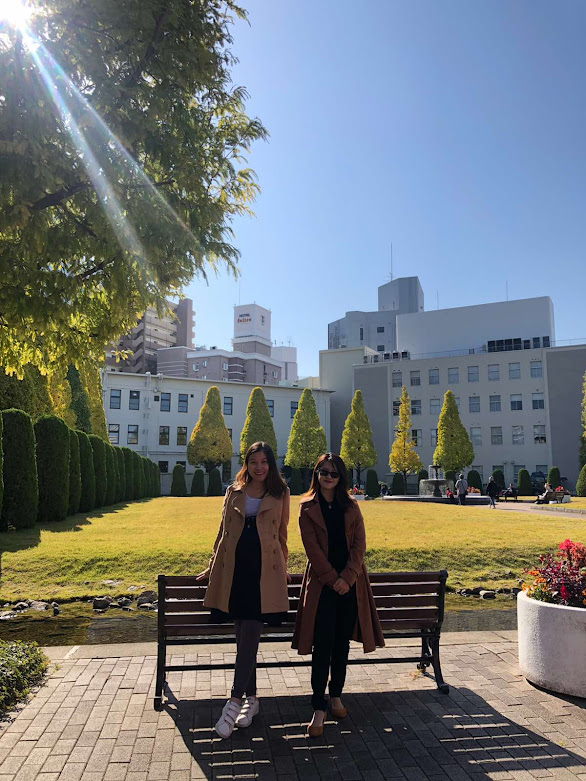 Doesn't this scene remind you of Gilmore Girls? Hehe! 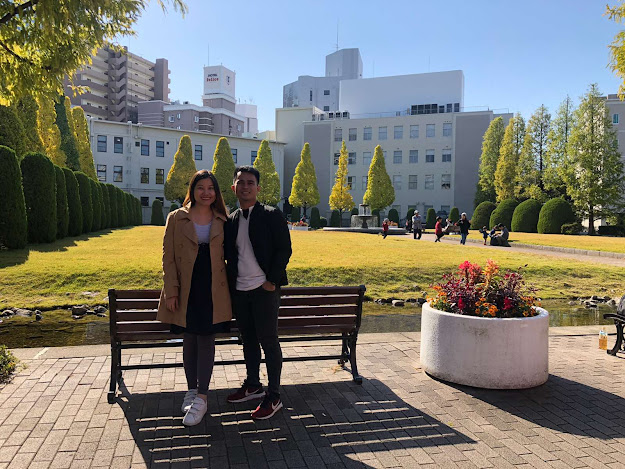 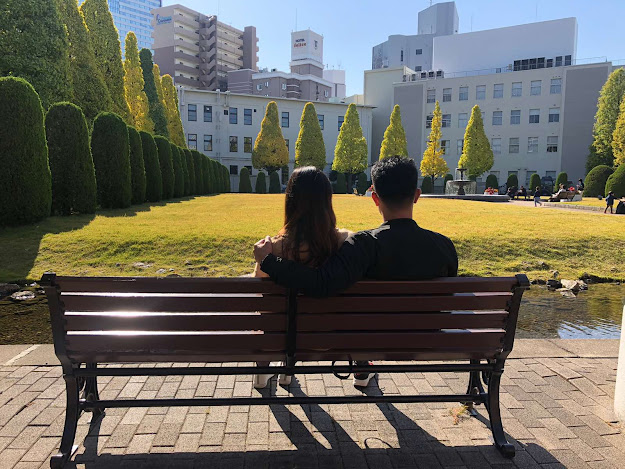 All together now -- "the smile on your face lets me know that you need me..." :P

Japanese have a way of marrying nature with technology and history. It's amazing how they do it so seamlessly and beautifully. We realize that Japanese handle art so subtly without needing to show off too much. Minimalism and simplicity at its best.

One of the major attractions near Nagoya is Nabana no Sato which is approximately 30-45 minutes away from Nagoya station.

Japanese hold night illuminations all year long and Nabana no Sato is one of the biggest ones because it's vast and it has a light show that will just leave you speechless.

I love lights like fireworks or just sitting under a canopy of stars on a cloudless sky so we really budgeted this one on our trip. It cost us 2,300 yen per person but that already includes 1,000 yen consumable which you can use to buy food inside the park. 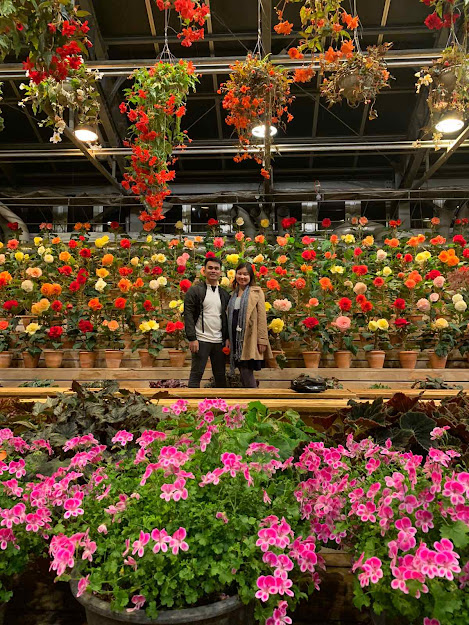 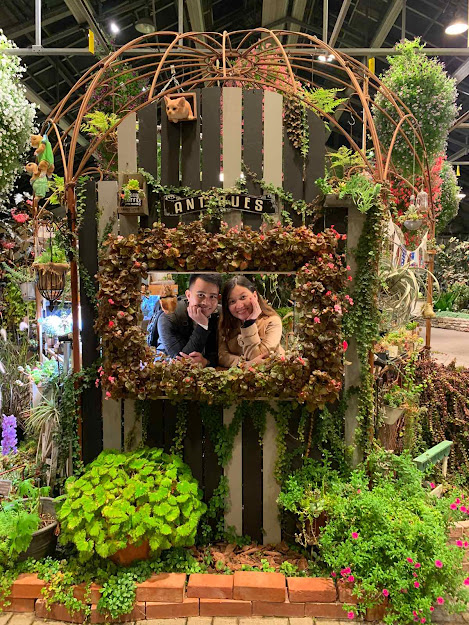 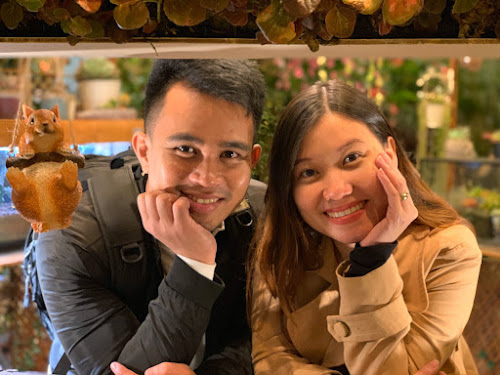 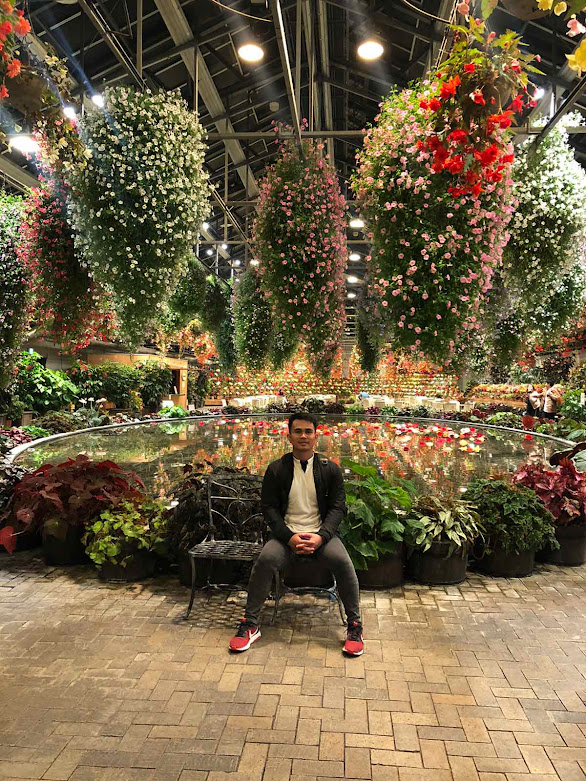 Sobrang daming flowers, everything was in full bloom inside this gigantic park! 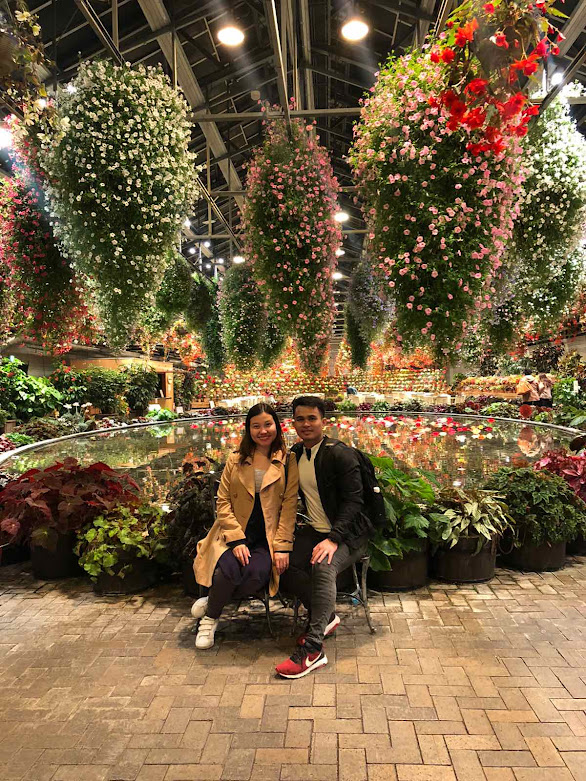 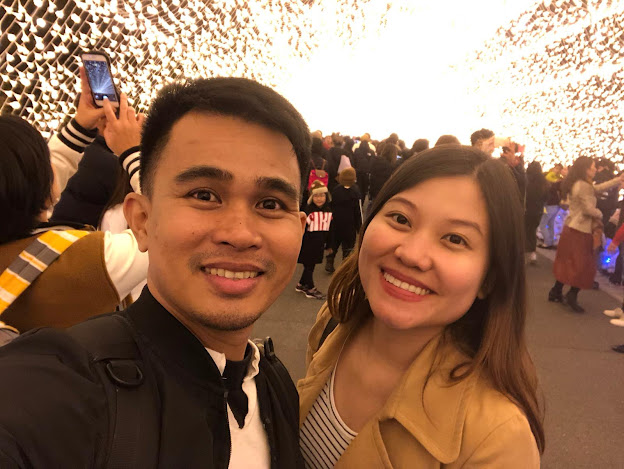 We captured the light show that night, I'll let the video speak for itself. Enjoy everyone!