Do you think you're beautiful? 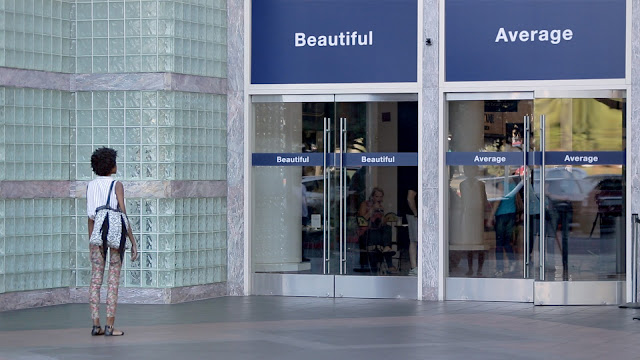 Do you remember this beauty campaign of Dove years back... which door will you choose?

I chanced upon this reality show wherein they look for people who dress up and who are made up the "wrong way" -- and the idea is to give them a make over.

There were two girls on the show and what I liked about the show was that they don't transform you into someone else but they actually do the opposite. They asked the girls to take off their make up, wigs and everything that they put on to see what's beneath all of those.

While the first girl was quick to follow and she eventually realized that she can actually be beautiful with a different kind of clothes and without all of those frills and layers of lace) the second girl was not.

She was going through the motions but every time a new set of clothes was presented to her by one of the hosts, she admitted that she doesn't like any  of it. When they also suggested that they change up her hair, she was also hesitant and insisted that she wanted her hair long.

Yip, that's the name of the show. In fairness, they are redefining the meaning of 'hot".

The hosts wanted to make her see that being elegant is beautiful and that she doesn't need to put on layers of make up and to show off so much skin just to show the world that she is beautiful.

And it made me ask how many girls around the world think that they are beautiful? Like if I raise a mirror in front of you, would you say that you are beautiful?

I remembered when I was a kid -- I was really insecure. I was the girl who was envious over a lot of things and when I read my diary when i was a kid, I am just so happy that God's grace saved me from the old me! Thank you, Jesus! I was such a mean girl and I was envious of my classmates who are richer, prettier and smarter than me -- which is probably 80% of the student population because that was also the time when our family's finances hit an all-time low. :P

I was also compared a lot to my sisters. We are 3 girls and I am the youngest and they are both smarter than me and I really hated being compared to them especially by our relatives and our teachers when we were kids.

I remembered when I was in grade 1, the math teacher was so excited to know that my sister is Neslie because she is really that girl genius in class, but weeks after classes started, I can see how disappointed she was in me that I wasn't acing the math quizzes because the reality is, I hate math :P lol!

And as a kid, you remember those moments.

I also remember one of our relatives laughing at me when I told them I wanted to study in Ateneo.

And even when you're growing up, you remember how that made you feel.

The turning point for me was when I stepped in high school and I realized that God made me differently and that's okay. In fact, it's beautiful and I am beautiful because God thought every detail of my face and my personality when He made me. 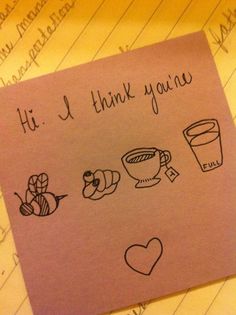 That truth was so liberating because then, I don't have to be like everybody else.

I can just be the best version of me because that's how He made me. And this truth set me free, as cliche as it sounds.

It made me braver to try new things and take on challenges because i don't have to protect my ego so much -- because i can fail at something or someone can say something about me and that's alright -- because what matters is what God has to say about me at the end of the day.

It was also then when I started celebrating other people's wins. Without feeling the need to be better, I was able to cheer my friends on and be genuinely happy for their successes in life.

And girl... God says you're beautiful and you are uniquely made by the most amazing Creator of all who loves you -- with or without make up, without those designer shoes and without anything that you can do for Him!

And this is not the boastful-in-your-face kind of beauty, it's the kind that goes beyond the surface -- it's the quiet confidence of someone entering a room knowing that she is secured and complete no matter what.

Your beauty should not come from outward adornment, such as elaborate hairstyles and the wearing of gold jewelry or fine clothes. Rather, it should be that of your inner self, the unfading beauty of a gentle and quiet spirit, which is of great worth in God’s sight.