It was I think our first fight as a couple and it was about... 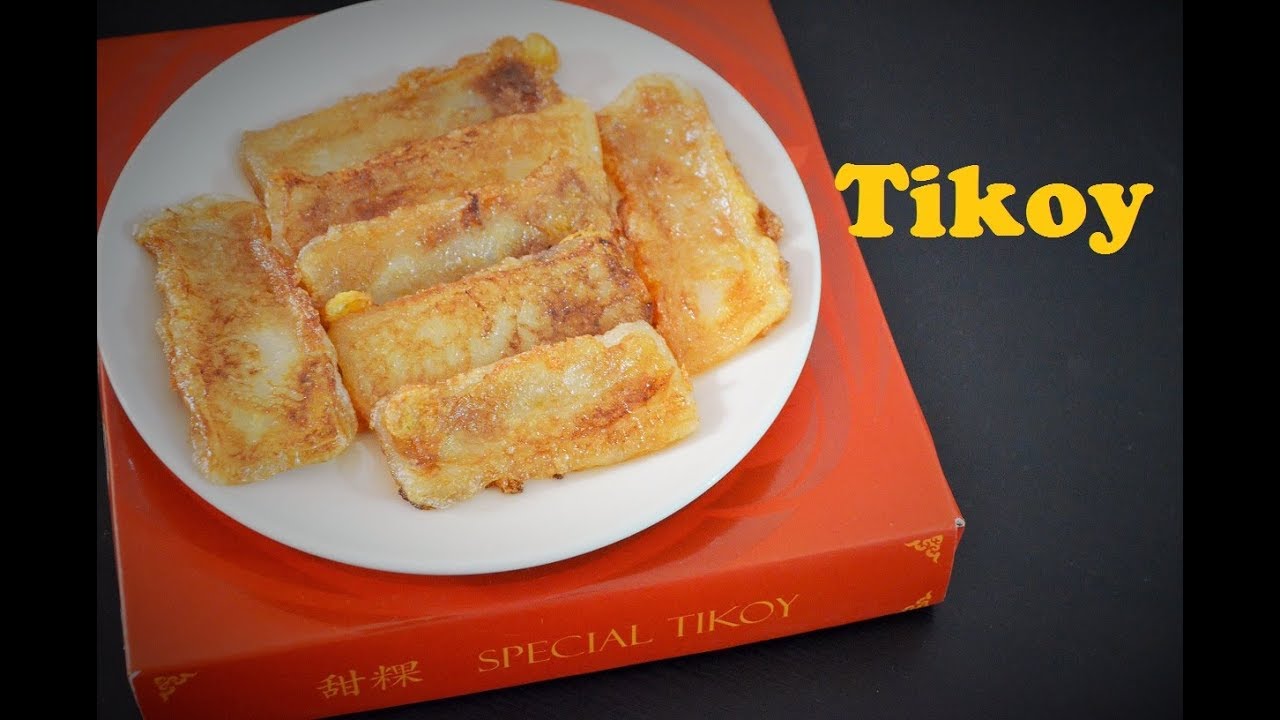 I asked Dennis' permission to tell you guys about this, so thanks babe! lol! About the same time last year, he requested me to cook tikoy for him which I readily obliged, with a sweet smile and a pinky promise.

So I didn't cook the tikoy. Mistake #1

And I didn't tell him my decision to not bring him tikoy that day. Mistake #2

I felt like it wasn't that much of a big deal and I'll just tell him I'll bring it next time. Mistake #3

So after jogging, we were walking around UP and Dennis saw this vendor selling maruya and banana que... and that's when he remembered about the tikoy!

Seeing his face with "where's my tikoy?" written all over it... I smiled at him and told him "Babe, next time nalang yung tikoy mo..."

His face was disappointed and so I apologized a few times seeing that it was apparently a bigger deal to him...

When he is mad, he gets really quiet at first but I was still bugging him... and when I wasn't getting the response that I wanted, I started to get irritated as well.

We went to have dinner and I told him that "I promise babe, gagawan na kita ng tikoy next time..."

And then he replied with "ayoko na umasa" with a smile that is half joking and half mocking.

So at this point, he got pissed and he didn't want to talk to me anymore on the way home, and even the next morning.

I still felt like it was such a small thing and why was he blowing it out of proportion and I already said sorry naman diba... Odiba masama pa loob ko na nagsorry ako :P haha sorry na, Lord...

That was our first fight.

For him, it was really more of keeping your promise, which I understand now. So yesterday, I promised to make him tikoy and so I made him tikoy -- natatawa nalang kami pag naalala namin yung nangyari last year. :P


There are also a lot of times when Dennis has to understand me. The first time I did the laundry, I almost cried (true story) and he felt bad for me so he stayed and toyed with the idea to just stay with me because I looked pathetic.

I don't know what was on his mind at that time but he didn't tell me "Te, may washing machine tayo na fully automatic, anong inaarte arte mo dyan..??" I appreciate that he would indulge me and give allowances to my sheltered habits without the judgment especially since he grew up fending for himself and every household chore seemed to be easy feat for him.

I think it's when you stop judging your partner and running her point of view against your own point of view every time that the real understanding and the fun of discovering each other begins...

Love is a life-long discovery of each other -- you have to study what irks him, what he likes, or appreciates, how he processes things, how he handles challenges... without the judgment and thinking, "ha?? ambabaw naman nun!"

Pag nahurt namin ang isa't isa, valid na yun agad. If it matters to the one person, then it has to matter to the other person, period.

It's fun to keep learning about your partner in the process and you'll be amazed on how you also grow as a person when you understand your partner's needs before your own -- na walang halong judgment o pagtatanong kung big deal ba talaga yun o hindi. :)