So this is the part where our courtship season is already coming into an end and we're about to enter a new season of officially becoming a couple... 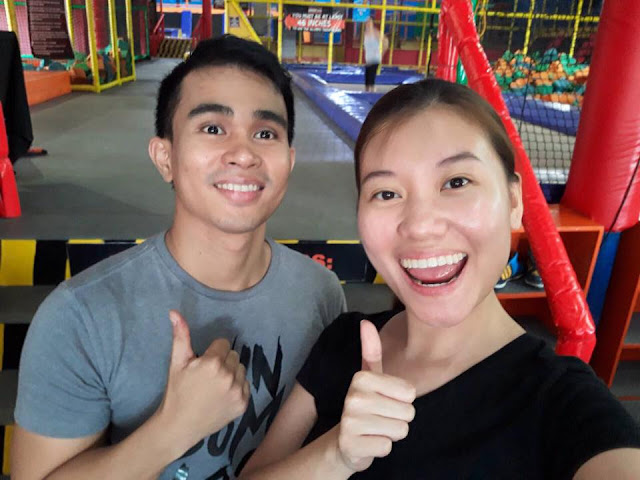 It was actually a series of affirmations but one affirmation we received was through God's creation.

Kilig from the Lord!

Both Dennis and I are nature lovers so we love these scenes and could not help but thank God for these moments.

God is so sweet to us because He makes our dates that are usually so common peppered with His love and grace. There was one time when we were jogging and it was starting to drizzle but the sun shone eventually and you know what rain and sun creates right? We had a beautiful arched rainbow while we were running around the oval!

There was also a time when we would just talk and we will have the lit fountain all to ourselves because it poured really hard that night and everyone went home and took cover... so when the skies finally cleared, the usually crowded fountain was empty and there were only the two of us, talking and laughing… 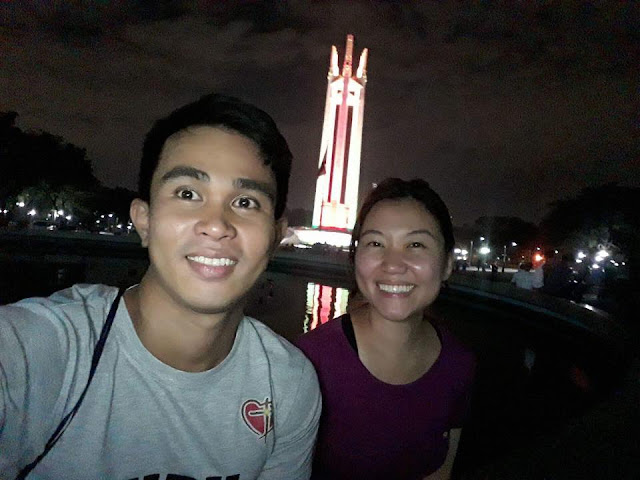 
God is the greatest romancer of all time and whenever these things happen, we're amazed on how God participates in our story. He wasn't just looking down on us but He is right there, making us appreciate all the more His creation.

I think if you find yourself in a relationship where God's characteristics are  highlighted, and you fall in love with God all the more then you've probably gotten yourself a keeper.


Though don't take my word for it, because it's still seeking God and His Word on what He has to say about a person. K? K! Baka iquote nyo ko dyan! Lol!

So going back to our season of seeking and asking God...what really made me sure was the day we went to prayer mountain -- the place where Dennis prayed specifically for me.

Back to where it started

He has been inviting me to go but it was only last November 1 that we pushed through. It's a really nice place to get your thoughts together and to get away from the city, surround yourself with nature and just carve out that sacred space with God.

So I brought with me my plans and purposes workbook, pen, and of course my Bible. Since it was only 2 months to go before the year ends, I wanted to revisit my faith goals for the year and see how God moved in each of the things I was praying for. 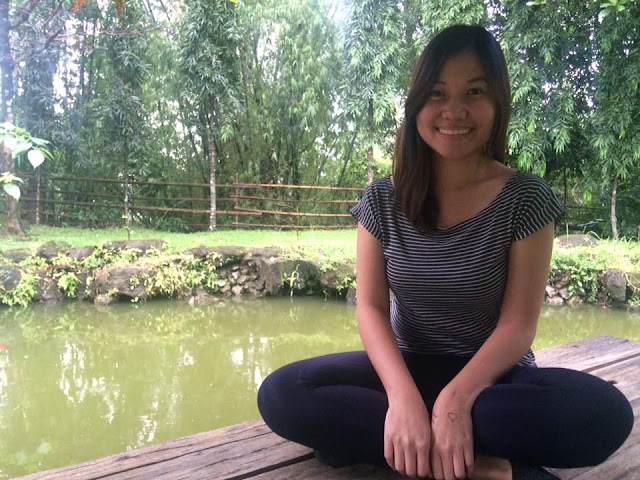 
So Dennis left me on one of the benches there and sat himself somewhere further down so he can also have his quiet time.

And as I was going through my faith goals, I saw how each is either already fulfilled like my dad is still cleared of cancer and baby Caleb is out (Achi and Christian's first baby) or is already in the works (like growth of my victory group)...

I was getting teary eyed as I realize that God is constantly working in the things I was believing for and I was the one who lost track of it. He remains faithful even though we are not... How amazing is He!


So it was that at that moment that I realized that here is a man who is willing to step aside and give me that space to hear from God.


It was actually a pretty literal space because Dennis was feet away but it was also the space that I needed at that time to have that intimate time with God to be reminded of His goodness and grace.

So it was then what I knew in my heart came full circle -- that this man can lead me to hear from God and because of that, I know that he is someone I can trust to lead me.

I resolved after that day that if he popped the question, sasagutin ko na sya. So the question is how do we get creative kung pano ko sya sasagutin? :P

God really goes ahead of us because months before I met Dennis, I wrote a letter to the man that God has set apart for me.

Kung may "the notebook," may "the letter"

The letter has the kind of pursuit and qualities of a man that I have been praying for... and I would know if that man is finally him because I would be so excited and ready to give him the letter... Giving him the letter would make perfect sense because he would have embodied and fulfilled everything that I wrote there...

So last November 6, after babysitting Caleb, we went to Robinsons Pioneer to have dinner.

I didn't know that he was already asking his friends if it was finally time to ask me to be his girlfriend. Only 2 out of 5 said yes, while the other 3 felt that it was too soon.

But this is what he received from God that day:


So it doesn't get any clearer than that... And of course dun sya sa sasabihin ni God. So he decided that he was going to ask me the million-dollar question that day:

Him: So... kamusta tayo?
Me: Hmm.. okay naman. (I found this amusing because I felt I knew already where he was getting at...)
Him: Do you think that you're ready to take what we have to the next season?
Love mo nadin ba ako?

*Ding ding ding* That was my cue.

So I smiled at him but didn't want to pre-empt anything so I just took out the letter then gave it to him to read. Sweet na sana kaya lang ang gulo ng sulat ko... haha! So he asked me to read it for him instead:

If you are reading this then that means we've already met and our season of waiting is over and we're about to enter a new season.

It also means that you are the man that I've been praying for, so happy that you're finally here!

Thank you for waiting for me and for setting yourself apart for me.

Thank you for pursuing me wholeheartedly -- without a doubt or hesitation and for persevering.

I waited for you until the right time comes and thank you for doing the same for me.

Thank you for being a leader -- the man with whom I am secured and willing to submit to because of your dependence and love for Jesus.

Thank you for encouraging and helping me to disciple others and to do things all for the glory of God.

You are my best friend, my lover, God's perfect choice for me -- so excited that you are here now! :)

Thank you and I love you. 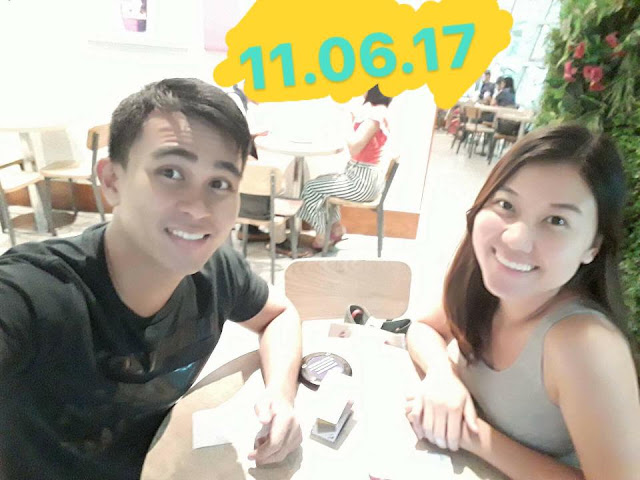 From being strangers to crossing paths, to receiving visions and revelations from God through His word… to insecurities, doubts, fears, hope, trust and love.

But He orchestrated everything -- revealing to us a story that is so much better than what we could've come up for ourselves.

So there you have it, folks! We hope you were encouraged with our story and that you were able to see how God is the Ultimate Pursuer of all time! <3

PS. Maybe we will share more in the coming months, let us know what you want to know :P 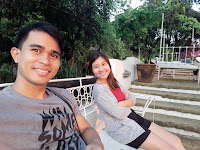