In this season, God has revealed to me His wisdom and His ways which are always higher than ours...

It was the kind of prayer that honestly makes me a little bit shy to admit. Anyways, wasn't I supposed to be secured and complete already in Jesus? So why should I even be asking and making these requests?

But apparently, and as is always the case, God was already working behind the scenes, weaving a story when all the while I felt like the lead in a rerun series called, "Kala mo lang meron… Pero wala, wala, wala" haha!

They say that every story has two sides, so I'll tell you mine and I'll tell you Dennis’… Hopefully you will see how God moved and made our story to what it is today... 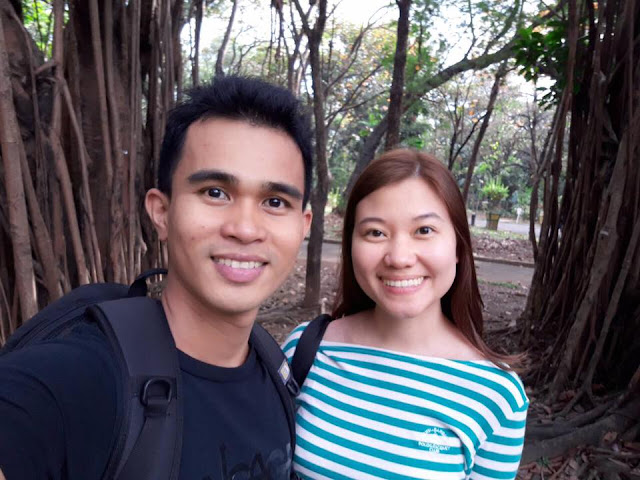 Ready? Mahaba to… you have been warned.

June of last year was when Dennis came into the picture.

He is one of our volunteers at Kids Church. He started volunteering early last year and in June, he started messaging me and inviting me whenever they would go for a climb...

The relator side of me cringe whenever I read his invites, because we weren't friends so FC ang dating sakin :P Alam naman nya to! hehe! So the invites would come and I would always say no nicely.

July came and he would still message me from time to time... and it was around this time that God gave me a vision... This was when fear was settling in my heart and I was starting to have doubts whether having my own family was still part of His plans for me... My question at that time was: Halaaa.. what if bigyan ako ni God nang hindi ko gusto?

So one morning, God gave me a picture of Eve in a garden of Eden surrounded with numerous trees for her to choose from. There was only one tree that she was prohibited to eat from but the rest was hers for the taking... So God told me:

"I wouldn't give you someone you wouldn’t choose for yourself... But at the same time, there are many within my good, pleasing and perfect will so you have to be more open..."

Dennis wasn't my type. I was the kind of girl who would look at guys from afar and would immediately put them in friends zone. Hindi naman sa pihikan, but maybe at that time I was stubborn to hold on to my "ideal type" without leaving room for "God's type." (feeling ko may mga tinatamaan na dyan... aminin...)

But since I received the picture from God, I started to be more open to Dennis to get to know him better. During my quiet time, God also led me to the story of the young David, when only God seemed to have chosen him and nobody had an inkling that he was going to be one of the greatest kings because of his heart for God. God sees far deeper than any human eye can see...

"When they came, he looked on Eliab and thought, “Surely the Lord's anointed is before him.” But the Lord said to Samuel, “Do not look on his appearance or on the height of his stature, because I have rejected him. For the Lord sees not as man sees: man looks on the outward appearance, but the Lord looks on the heart.” 1 Samuel 16:6-7

So it was days when my quiet time was about THAT and the characteristics of a man after God's own heart. The qualities were like lens for me to look at Dennis and see where he is at in his walk.

Characteristics include love for the Word, humility (is he open for correction?), compassionate for the lost (one of Dennis' invites to me was an outreach they were doing for an orphanage which he has been doing for his past 2 birthdays), cries out to God, hold fast to his faith despite challenges and trials..

While we are all a work in progress, I would see these qualities in him little by little..

And so vision coincided with the word of God... But the Word of God will always hold the utmost authority over everything else. And it was His Word that I had to intentionally seek during this season of getting to know this guy who I am starting to like... Yiheee..

Super rewind to March 2016 (more than a year ago before Dennis was in my radar) and this prophecy was given me:

"So know my daughter that... Well, I don't normally prophecy this but God just wants you to know that you're ready...

For me, it's amazing how God went before us. It is when we begin to trust Him that the plans start to unfold... 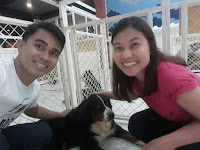