Devo Series: Have you forgotten your first love? 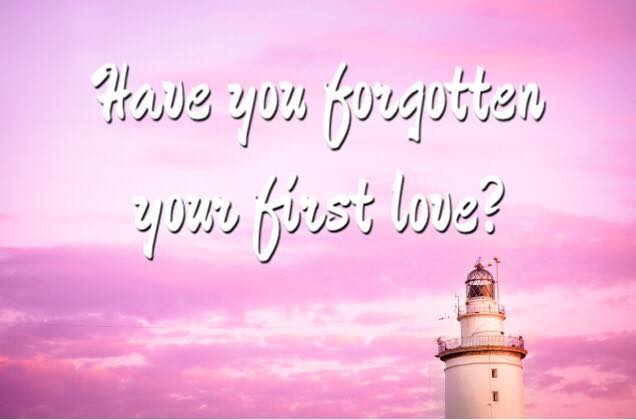 Have you ever seen someone so passionate for Jesus? We say we're passionate but then you look at Paul and we start to rethink our answer to that question.

What was the craziest, most passionate thing you did for Jesus?

For Paul... he who was beaten, put in prison, faked death his way to go to yet another missionary journey... all the while writing letters to the churches, never failing to correct, encourage and build them up in the faith.

But Jews came from Antioch and Iconium, and having persuaded the crowds, they stoned Paul and dragged him out of the city, supposing that he was dead. But when the disciples gathered about him, he rose up and entered the city, and on the next day he went on with Barnabas to Derbe.

When they had preached the gospel to that city and had made many disciples, they returned to Lystra and to Iconium and to Antioch, strengthening the souls of the disciples, encouraging them to continue in the faith, and saying that through many tribulations we must enter the kingdom of God. And when they had appointed elders for them in every church, with prayer and fasting they committed them to the Lord in whom they had believed.

Where does he get all these fervor, vigor and motivation? Ika nga sa commercial, anong gumigising sakanya sa umaga?

If we look at Paul's life, we can see that Paul was just really disciplined in sticking to the basics. It's not rocket science and he wasn't following a special formula, he just did what Jesus asked of him... repeatedly... for the rest of his life.

1. Remember and retell the time you were saved.

In our previous devotional, we saw how God did a 180-degree turn in Paul's life... from being a Roman citizen who hated Christians to being a devout follower of Jesus...

Paul never lost sight of who changed him, he never forgot that time when God called him while he was walking on the road of Damascus.


Do you remember the time when you were saved? How did you feel back then? Do still feel as intensely and as thankful as you did back then?


Let us not forget and abandon our first love. (Revelation 2:4)

But let us not stop at just remembering, let us also start retelling..

Each of us have our own story to tell... but sometimes we shy away from telling our stories because we feel that it's not that compelling. Have you ever heard someone say that? But a story is made powerful not because of the twists and plots, but what makes our stories worth telling is the Holy Spirit who empowers us to transform a person's heart. So no matter how simple you think your story may be, never underestimate the power of the Holy Spirit who lives and breathes inside each one of us.

2. Say yes to things that are closest to God's heart.

What are the things closest to God's heart? Kids are close to His heart (Mark 10:14), the nations, the marginalized (widows, poor, sick)...


All of these have a soft spot in God's heart and one way to carve that same passion as Him is to take part in what He is doing in the mission field...

There's a certain analogy wherein missions is like God's favorite sport...you know how when you like to do something, and you are so excited to have your friends try it out too because you want to share the experience to them? And when they do try it out, you feel closer to them because then you have a shared experience that you can talk about, laugh about and do together? That's kind of how we are when we take part in what God is doing in the world...it's like sharing His favorite sport and having that deeper bond with Him because it is only then that we understand His heart for these people...

We learn by doing... and by doing, we start cultivating the same emotions He feel for these people.

When people fail you, when you get persecuted, when everything around you falls apart... God's Word will not. And Paul knows this all too well when he starts to face his own version of bashers in the day and when opposition and pressure close in on him.

He knows that he can only turn to God and His promises and that's where he gets his strength. It is what keeps him going.

As for God, his way is perfect:


The Lord’s word is flawless;