Devo Series: Did God forget about me? 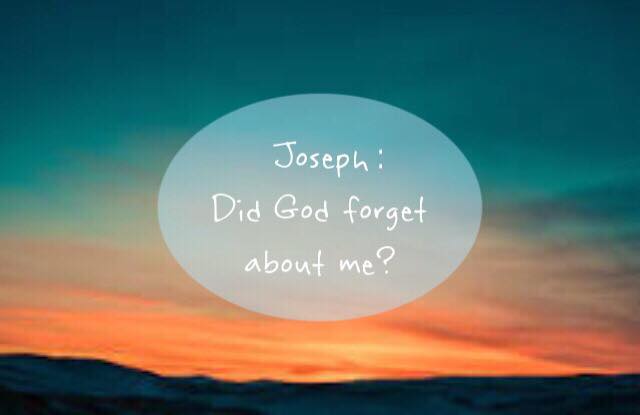 In a sea of billions of people, it is amazing how God sees and cares for us in a personal way.

He has taken so much care in the details of who we are, even before the moment that we were born. The way we talk, the way we see things, the way our personalities are wired, who are parents are going to be, the people we will meet along the way...

So it makes one wonder, how is it that the creator of the universe would care for a speck in the universe like me?

And yet, just as in the story of Joseph, nothing is hidden from the Lord. He knows every single thing that happened to him just as every second of our lives are in full view to Him.

In the story, Joseph was sold as a slave to the Egyptians because of his brothers' jealousy of him. He then ended up working in the palace and despite fleeing from temptation when Pharoah's wife practically threw herself at him, Pharoah's wife twisted the story and it was Joseph who was sent to prison.

Given this, Joseph asked the chief cup bearer to remember him when he gets out of prison:

But when all goes well with you, remember me and show me kindness; mention me to Pharaoh and get me out of this prison.
Genesis 40:14

Unfortunately, the chief cupbearer forgot about him and Joseph stayed in prison for two more years.

It may have seemed like God has also forgotten about Joseph, but God never forgets His people.

From being a prisoner for years, Joseph became the second most powerful man in the land because God cares and remembers him even though others forgot about him.

Then Pharaoh said to Joseph, “Since God has made all this known to you, there is no one so discerning and wise as you. You shall be in charge of my palace, and all my people are to submit to your orders. Only with respect to the throne will I be greater than you.”
Genesis 41:39-40

Hearing Joseph's story will almost make one clap for joy that the main character of the story finally got the happy ending he deserved. But the real hero of this story is God and all the things that happened to Joseph was only possible because God cared and delivered him through it all.

1.     He knows.
God knows everything that we are going through. If not even the sparrows are forgotten by God, how much more will He remember His own children? He assures us that we shouldn't be afraid because He knows everything about us, down to the numbers of our hair. (Luke 12:6-7)

2. He cares.
He loves us so much that many times in scripture He asks us to lay aside any weight and cast it upon Him. (1 Peter 5:7)

3. He delivers.
This is where God becomes God and where no other person could promise for us– He saves and protects us all the days of our lives. He is near to those who are brokenhearted and saves those who are crushed in spirit. The righteous may have many troubles but God delivers them from all. (Psalm 34:18-20)

1. When was the time when you doubted God's presence in your life?
2. Which of the 3 truths about God do you need to remember when trials come your way? 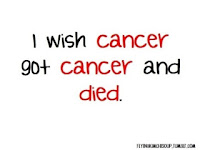