Our Day 1 in Bangkok was pretty laid back. We arrived early in the morning so after leaving our bags at the hotel, we ate brunch at this casual joint (aka carinderia) named "Im Chan" which boasts of "very good and very cheap food". Their words, not mine.

IM CHAN
True to its tagline, it was a great and affordable meal! We made sure we ordered the signature Thai dishes such as Pad Thai, Shrimp Curry and Fried Oyster Pancakes. Win! 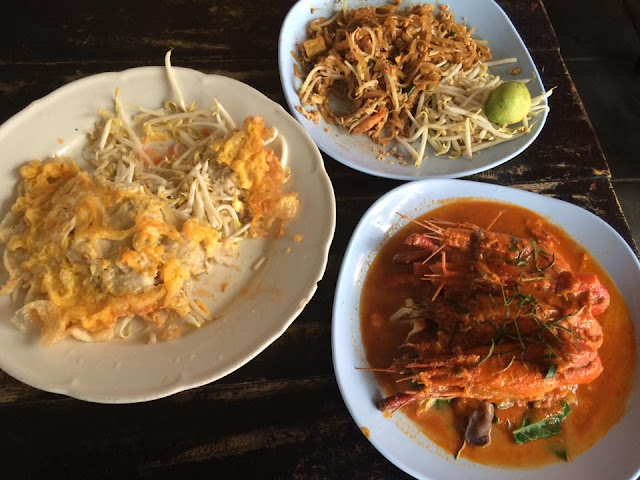 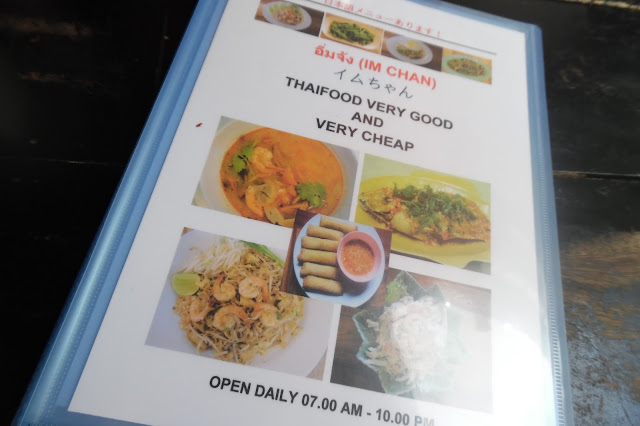 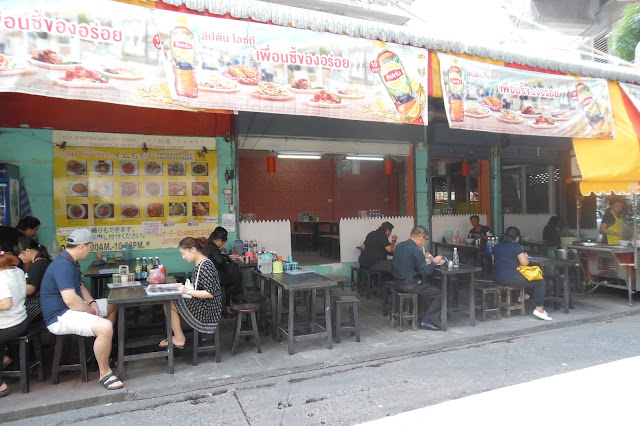 There are a variety of foodie places in Bangkok, ranging from budget-friendly nooks to fine-dining spots. If casual is what you're looking for, you're bound to find street food almost anywhere, but if you like to dine in a lovely cafe or restaurant and you're willing to spend a little bit more... there are also tons to choose from in Bangkok. One famous cafe that fits the latter category is After You Co. 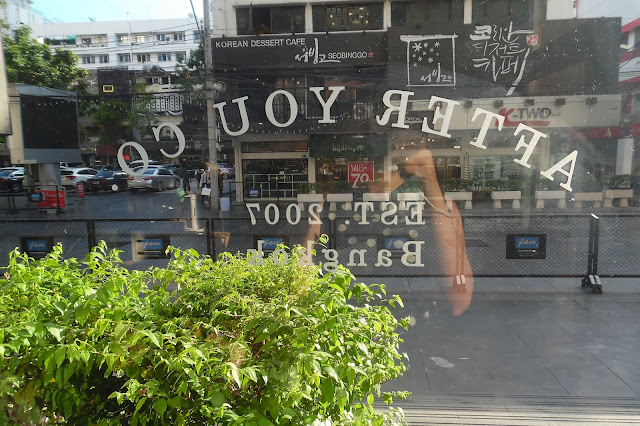 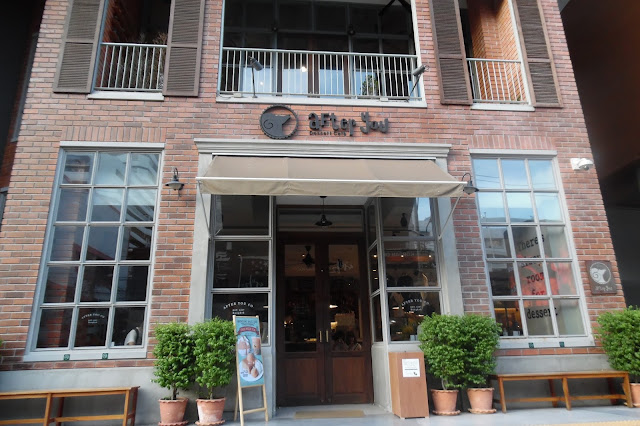 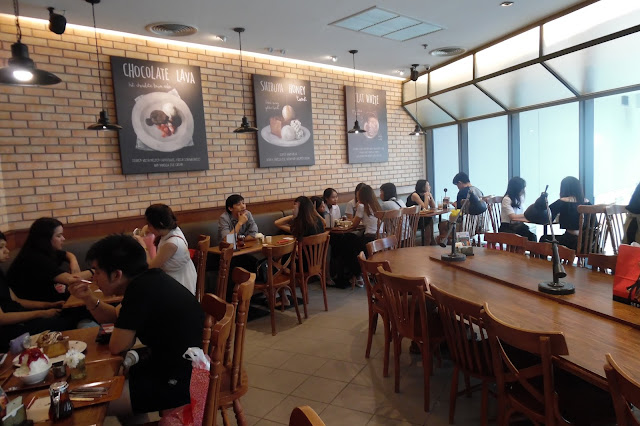 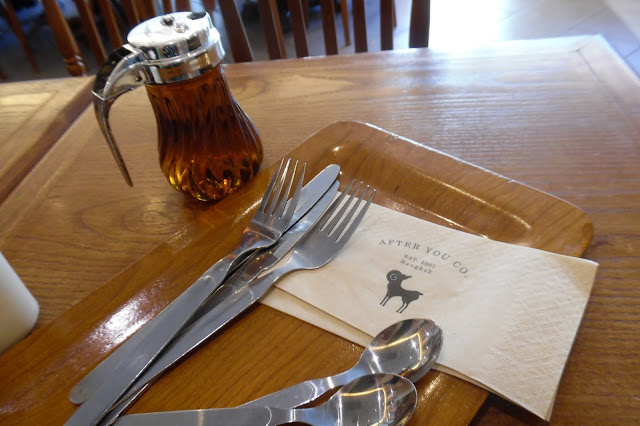 With its homey interior and sweet desserts, no wonder the place was bustling when we entered. They are famous for their Shibuya Honey Toast.

I used to see this in a restaurant here in Manila and I wondered how could it be delicious with those thick toasts. I imagined it would be tough and dry and will overpower the syrup and cream drizzled all over it --- but one bite into it and the inside wasn't dry at all. In fact, you could taste the butter with the honey and you just want to devour it entirely. 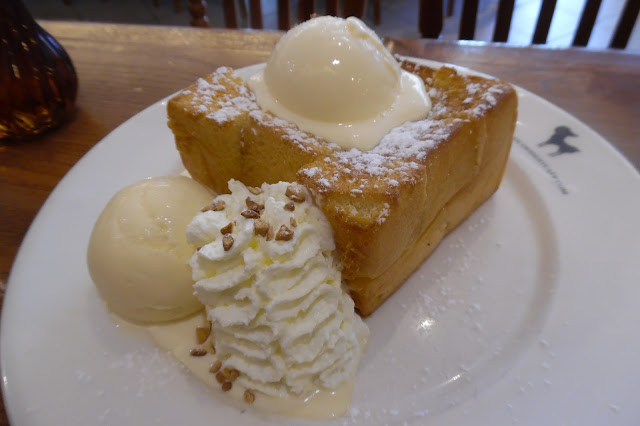 I can also imagine just how sinful this is because it's ice cream + butter + cream + honey... enough said, right? But believe me when I say that you should try it if you haven't. They also have other variants like Nutella, Matcha and Chocolate.

We also had the choco lava cake which was so-so. Yes, the cake was warm, but it was too sweet even with the contrasting taste of strawberries and the coolness of the vanilla ice cream.

After eating both, Ais and I were just staring into the abyss (of malls and streets outside) because we were so stuffed! Lol. #foodcoma 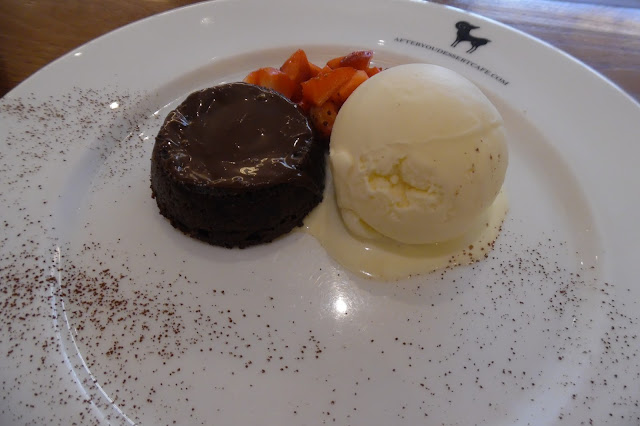 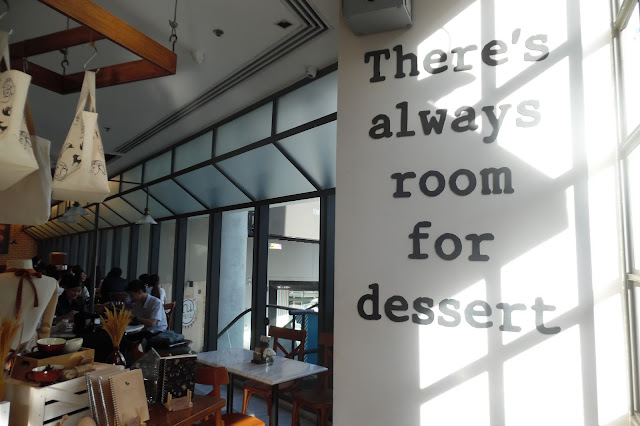 This cafe is still very much a place we would go back to though because After You Co. offers a wide range of meal-capping staples like cakes, pastries, coffee and ice cream. It really is a treat for every sweet tooth out there!

Another dessert place that just opened shop is Harrods. But these guys are more than just an ice cream parlor, because they offer full breakfast plates meant to be eaten with their selection of teas. It's the perfect place to raise your pinky as you take a sip of Earl Grey tea in one of their dainty cups. 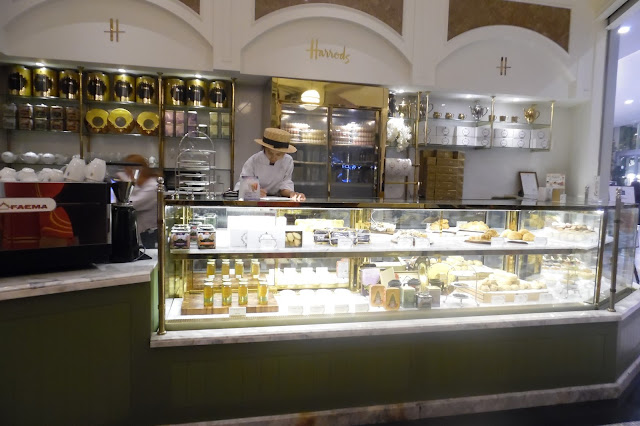 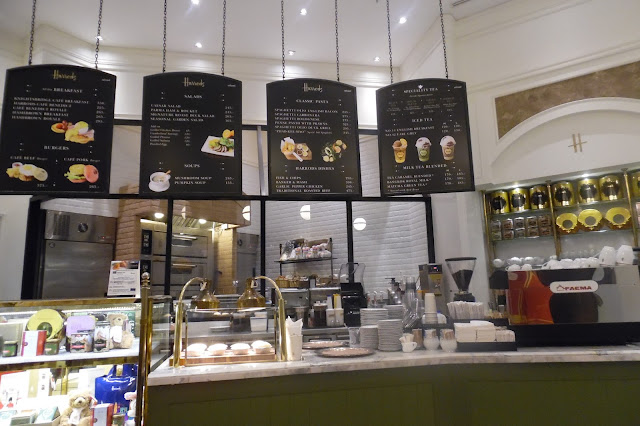 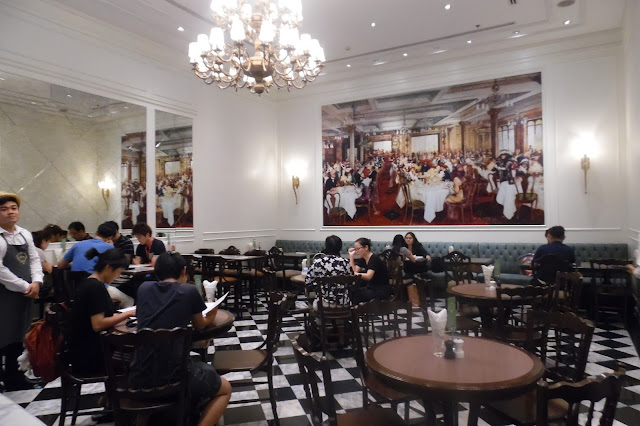 Ais and I just tried their ice cream though because we just ate and was about to catch a plane ride back home. Their ice cream is good, although judging from the texture, it's more like sorbet which can be served in a cone or a cup. Hopefully we can go back here to try their hearty meals. 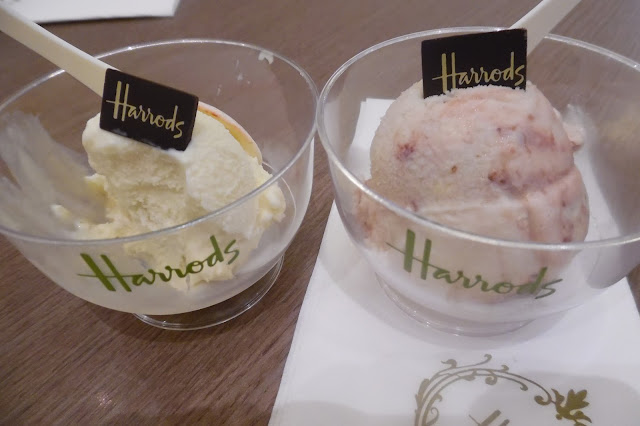 
FOOD HALL, THE EMQUARTIER
Since Bangkok has a mall at every corner, one way to ensure you get your much-needed calories for the day is to dine it its food hall. A food hall or most commonly called food court in Manila provides a wide selection of food -- from fast food eats to the more sophisticated meal choices -- it's all there.

Good thing for us, our hotel is located right behind EmQuartier -- which houses a big, clean and picture-worthy food hall. 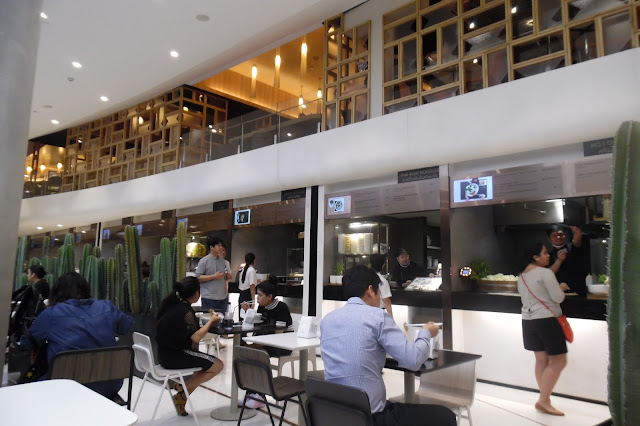 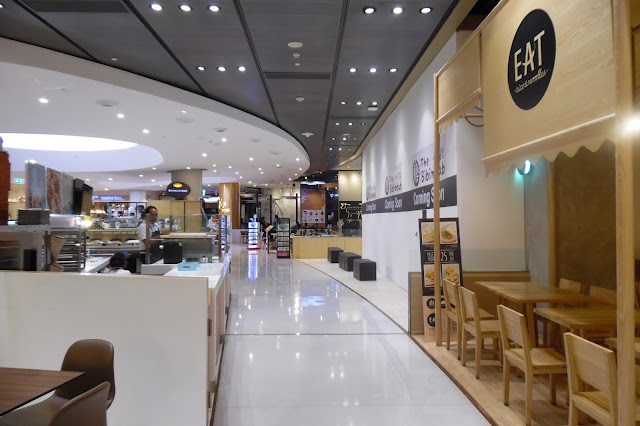 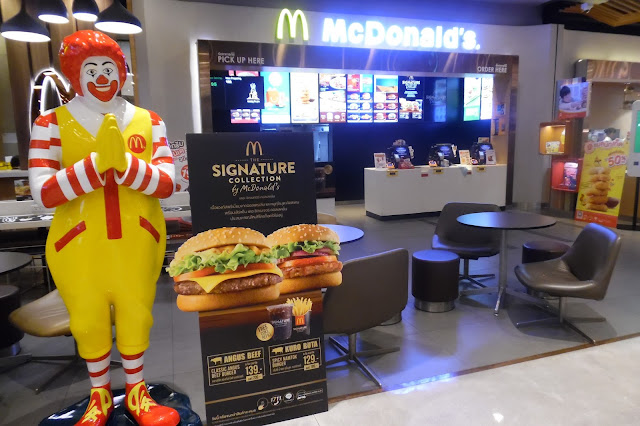 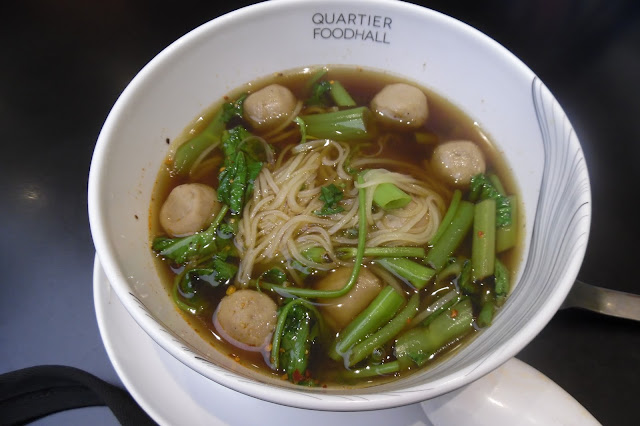 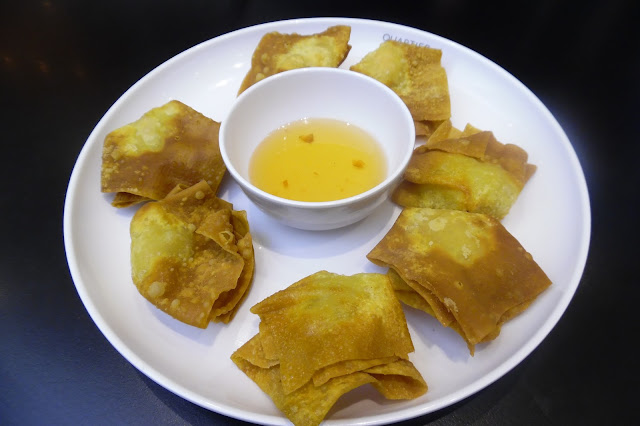 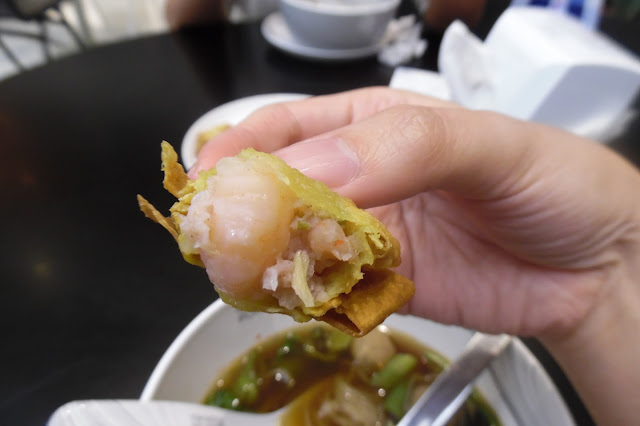 Our favorite dining spot in the city though would have to be the food market right smacked in front of Isetan, one of the shopping malls in Bangkok

We went to eat there twice because of their Tom Yum Goong! 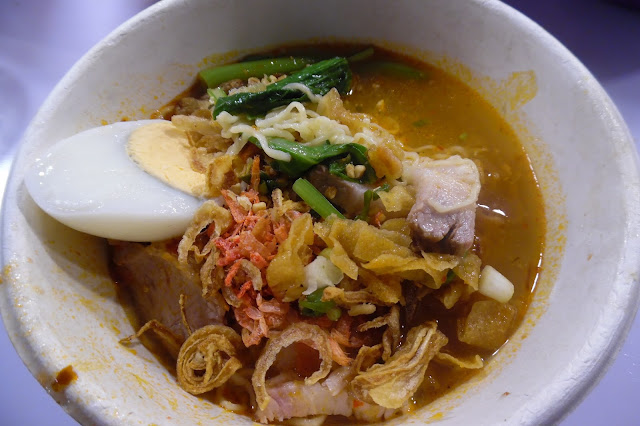 It was so thick with flavor, and while drips of sweat were already lining our faces, we don't care. It's THAT good. I was already beet red and because we were seated right where the cooking steam was coming from, you can just imagine that we found ourselves in a pretty hot spot. But that's how you eat street food! Locals and tourists alike flock to this market to get their local dish fix whether it'd be pad thai, milk tea (must-try in Bangkok!), roasted pork or grilled barbecue. 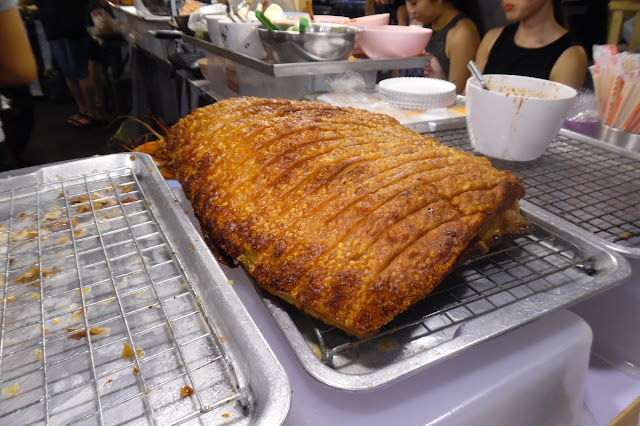 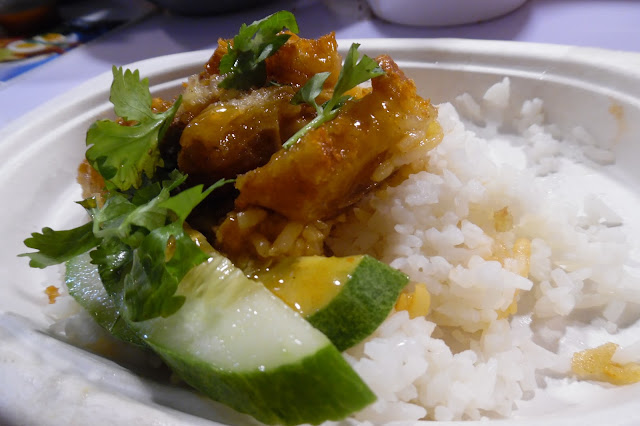 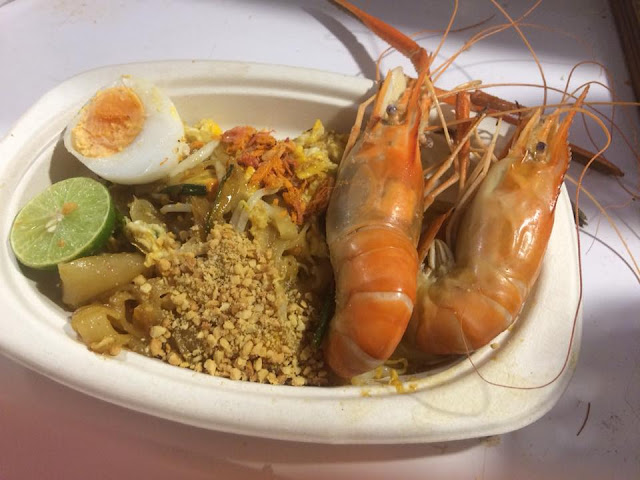 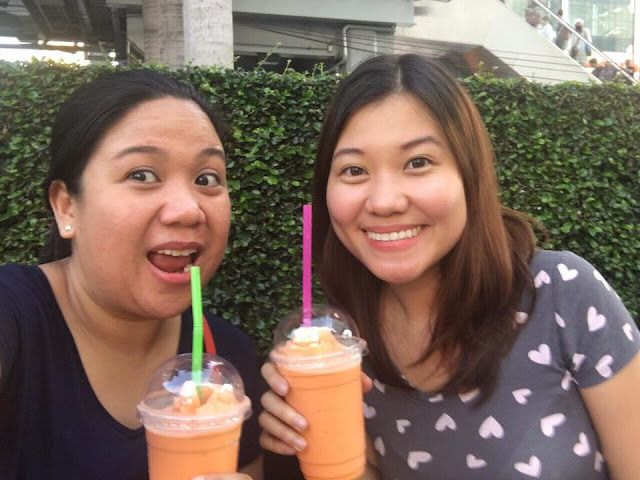 I'd say that if you want delicious and affordable Thai food, then street food is the way to go. :) Next post will be on the city's tourist spots!