This is the trip wherein everything that Ais and I did, we only decided on doing during the trip. No itinerary or plans whatsoever. We were both so busy weeks before our flight, so in the end, we just resolved to fully embrace spontaneity and see what Bangkok has to offer upon setting foot on its soil. #feelingbrave

So 3 days were spent shopping and dining in the city and 1 day to be a full-pledged tourist and visit one of Bangkok's popular destinations. So thank you Lord that there were still 2 slots left for the full-day Ayutthaya tour. Yaaaay!

Brace yourselves for the tons of photos to follow! :)

Quick background: The Ayutthaya Historical Park is located in northern Bangkok and it has temples, monasteries, palace ruins and Buddhist statues. It stood between 1350 to 1767 until it was destroyed by the Burmese. So now, the park is considered a UNESCO World Heritage site and a famous tourist destination in Bangkok. 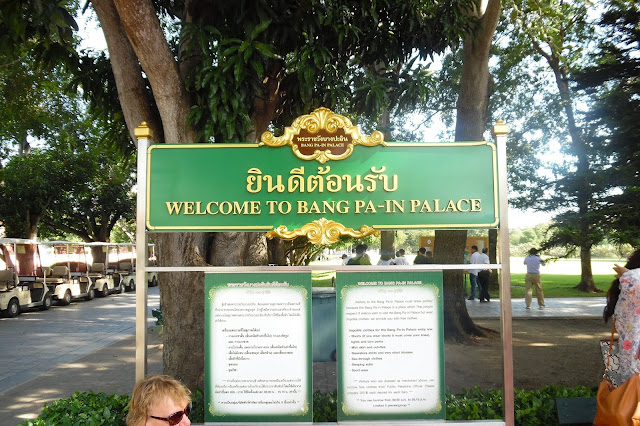 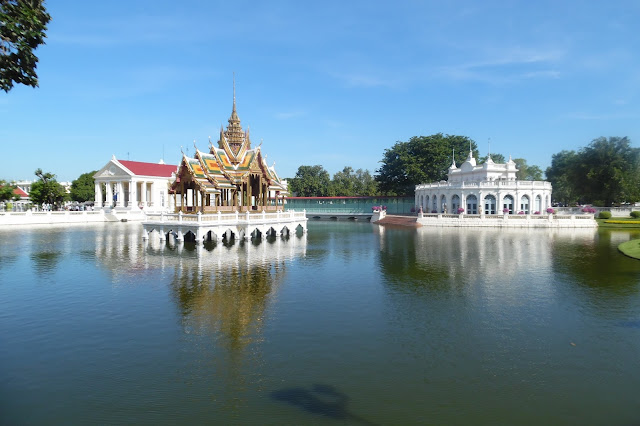 The Bangpa-in Palace is where the kings of Thailand stay in and is sometimes used for state events. Its architecture is both Asian and European inspired so it was really fitting for royalty! 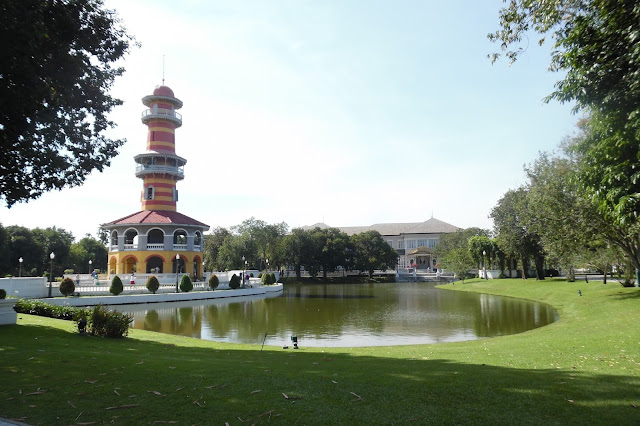 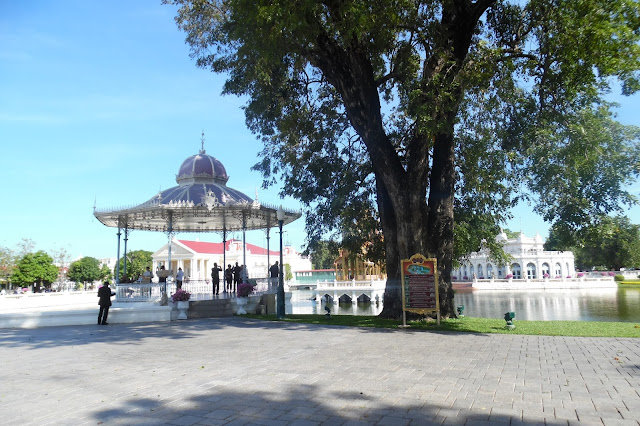 I was really interested in Thailand's culture and history. I guess this was heightened by the fact that Thai takes pride that they are the only Southeast Asian nation which has never been colonized by any country. (Trivia #1!)

Another thing worth noting about Thai is that they have huge respect for their leaders. When we went there, their King just passed away and whether it's a big screen in the mall showing the life of their king for a good 10 minutes, or a shrine, or posters with a photo of their king -- it all shows that Thai people are very loyal and how much they honor their leaders. 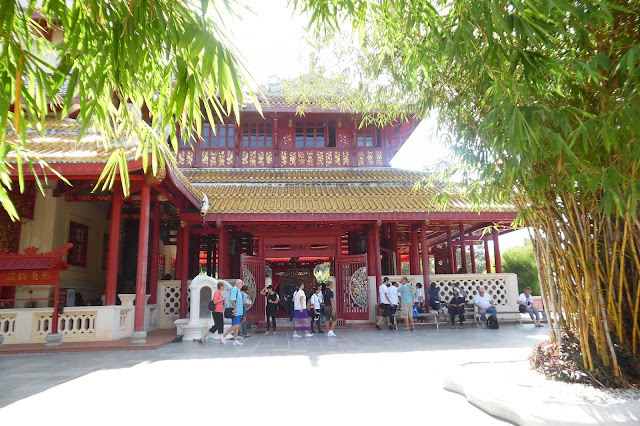 We were so grateful for the picture-perfect weather wherein the sun was shining on all the right places. The palace was acres and acres of well-manicured lawns, temples and lake which were all so majestic and beautiful under the blue sky. 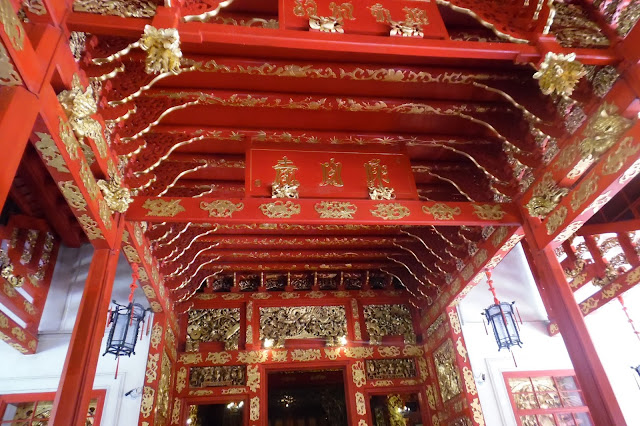 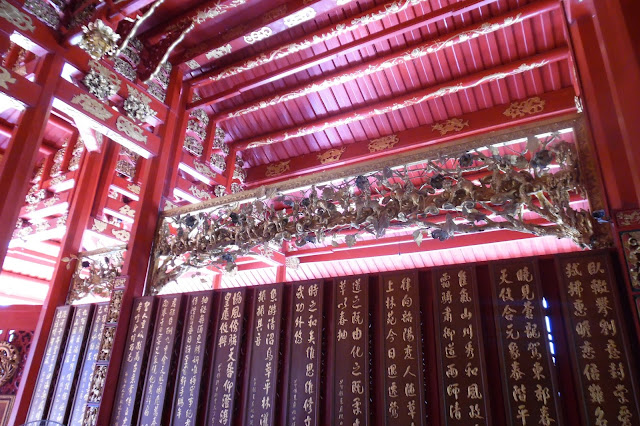 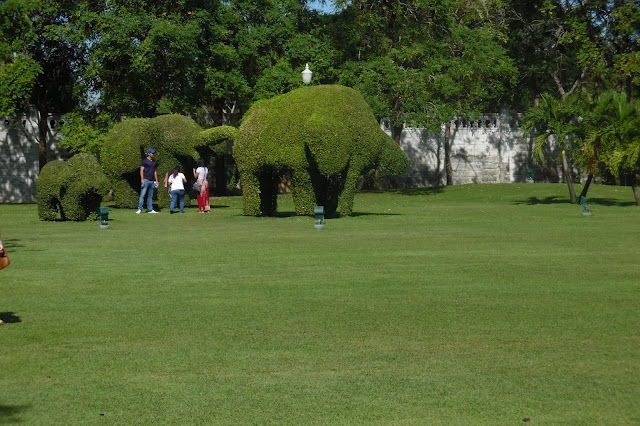 Thank you Lord for the sun and for the sunblock which I was able to buy the day before! Lol! Seriously guys, please bring sunblock when you go to Bangkok and comfortable shoes because you will be walking thousands of steps! 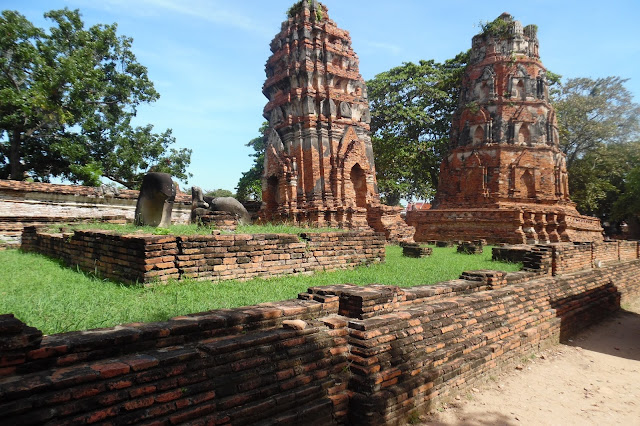 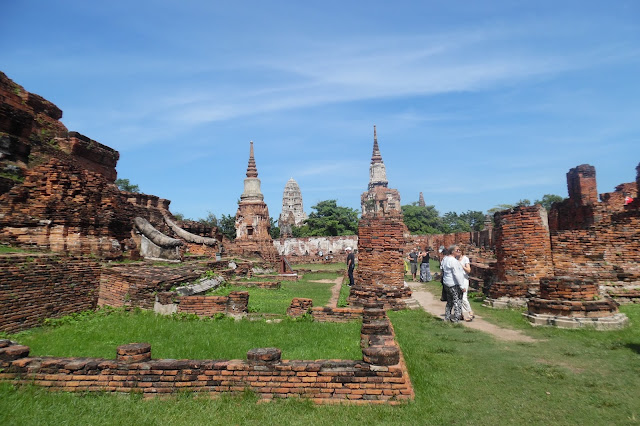 Gaaaaah! This site is so beautiful up close! 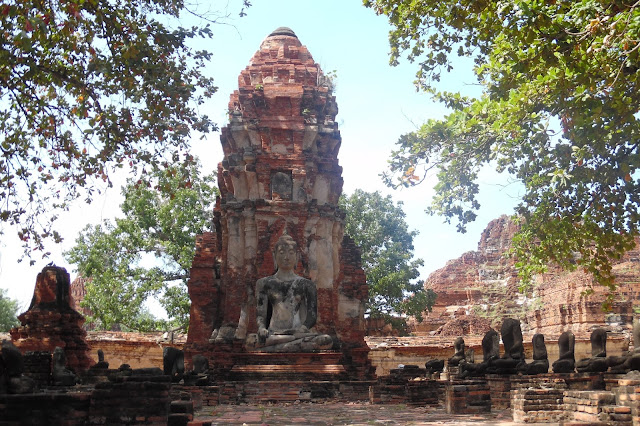 See the headless statues? Those were destroyed both by wars and calamities over time. The major religion of Thailand is Theravada Buddhism which is characterized by Hinduism, animism and folk worship.

You'd think that you will only see temples in isolated places in the country but they have temples at almost every corner in the city. In the middle of Central world surrounded by busy shoppers or at a quiet place in front of a 5-star hotel, there it is... a temple or a shrine allowing easy access for worship. 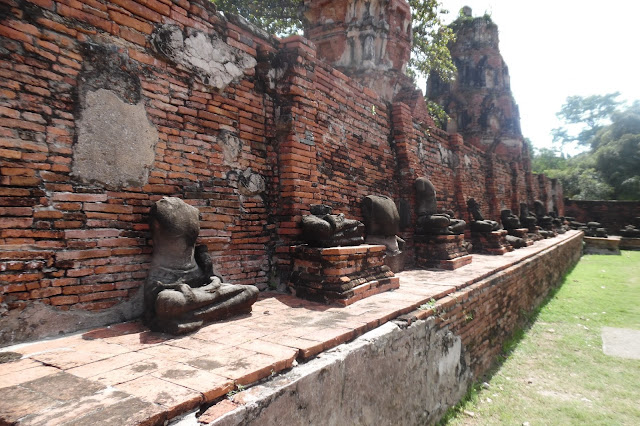 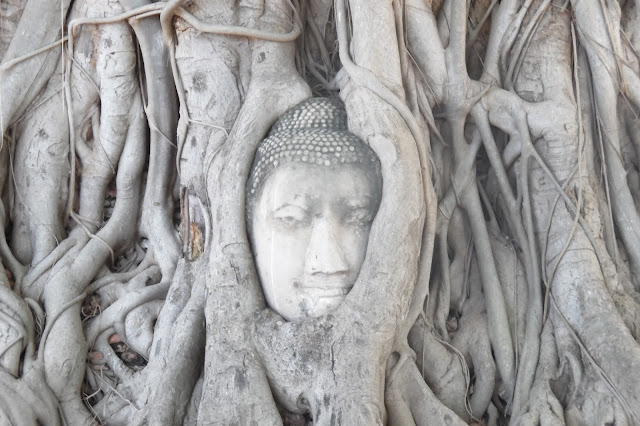 This is the famous tree wherein the head of the Buddha was caught in its roots. The Thai people has a certain religious set of rules and they make sure that the tourists abide by them. So if you want to take a photo with this tree, you are prohibited to touch the Buddha's head because that's a sign of disrespect in their culture and you have to squat and level yourself to the Buddha when taking the photo. At every site, the guide was quick to give us a rundown on the dos and donts in their culture so make sure that you know these things to avoid offending the locals. 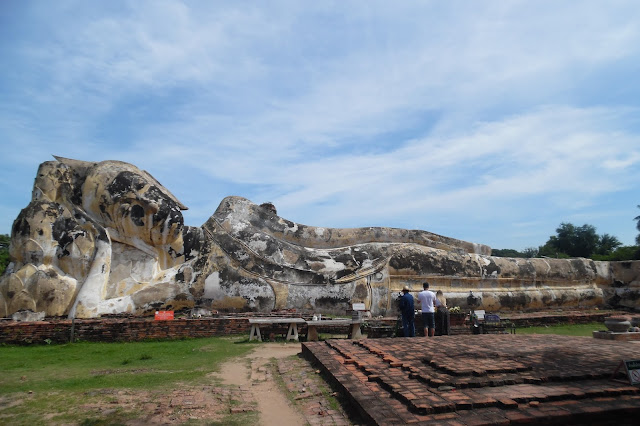 So just how big is the Reclining Buddha statue? See the people against its size? THAT big. 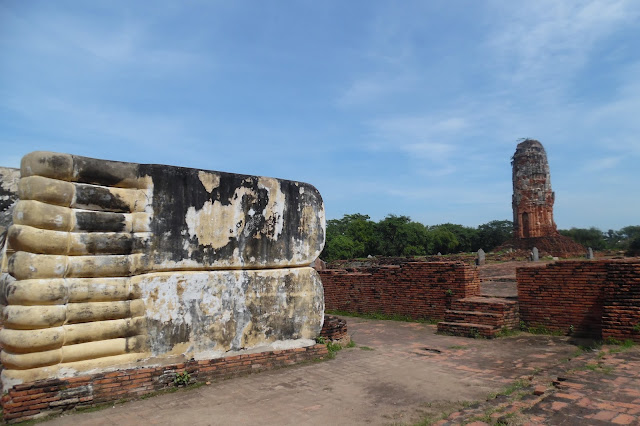 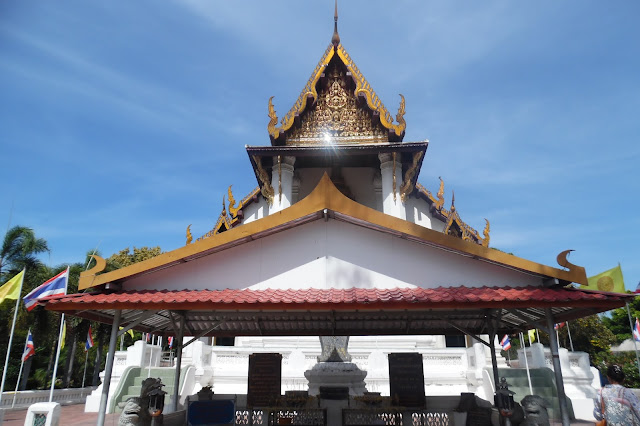 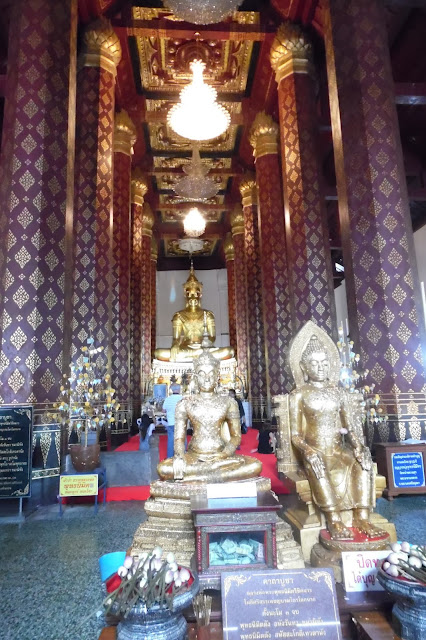 It is at this temple wherein we saw a real-life monk. Thailand has around 38,000 temples to date and hundreds of thousands of monks all over the country. 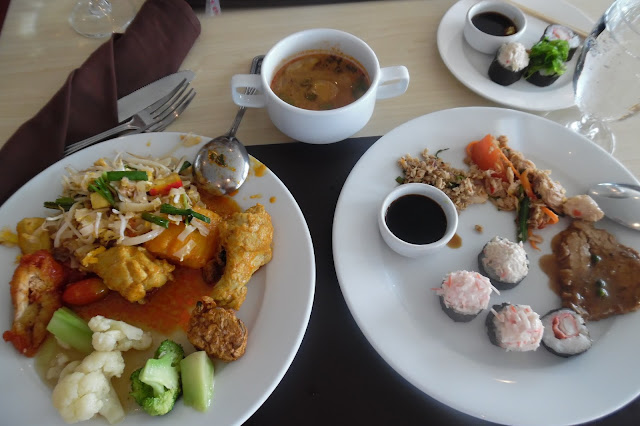 Best way to cap a tour? Great food, buffet style! This was how we ended the tour, with full and happy tummies while we cruise along the river of Chao Phraya. There were both Asian and Western dishes to suit our tastebuds, and they even served coffee, tea and biscuits after. 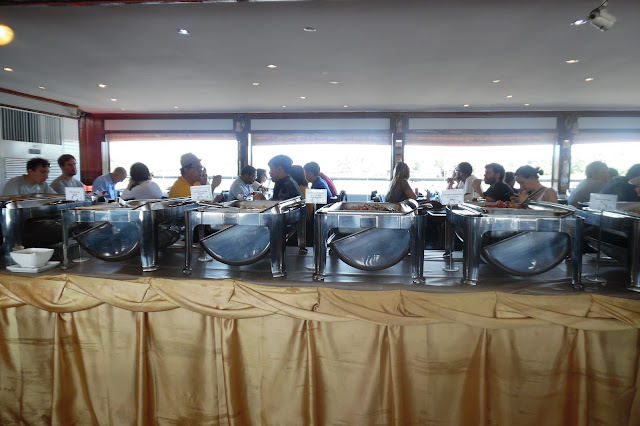 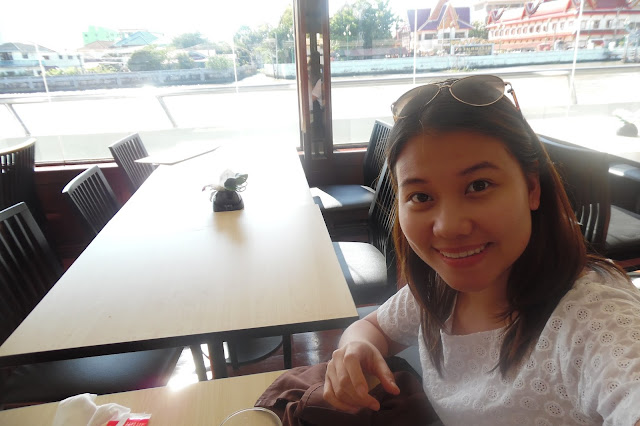 We booked the tour via viator for around P3000 pesos per person which included the following:
So there you have it, ladies and gents! Hope these travel posts were able to tickled your fancy to visit this city. I'd love to come back to Bangkok for shopping and food!

Til the next travel post! PS.I have a bonus post on the city's cutest sight, can  you guess what it is? Here's a clue: PINK CAT. #deadgiveaway 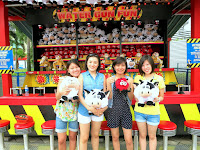