Here are some ideas that you may want to explore :) 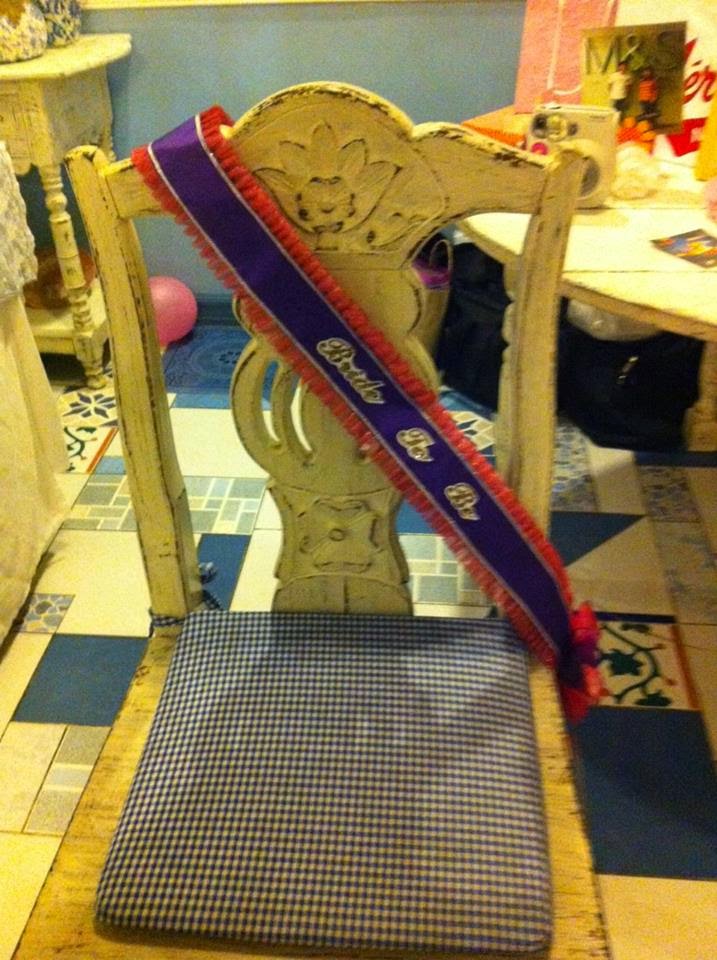 1. Girl's Dare Night
A girls' night out, made more exciting with a list of dares -- that's what this is all about. Before dancing the night away with your girls, give your lovely bride-to-be with a to-do list that she has to complete for the night.

For Potchy's bridal shower, we rented a VIP table at Universe then while wearing her bride-to-be sash (this is important because this is like a free pass for her), we gave her dares like: dance all throughout a song, take a photo with a cute celebrity (this was impromptu because Daniel Matsunaga was in the club!) and ask a hottie for his number. :)

You can even throw in a trusty wing-woman if the dare requires her to approach random strangers just to get the ball rolling... "Hi there! My friend right here is about to get married..." That usually gets her a free pass to do anything because people are more game to join in the fun when they find out that she's about to get hitched :) 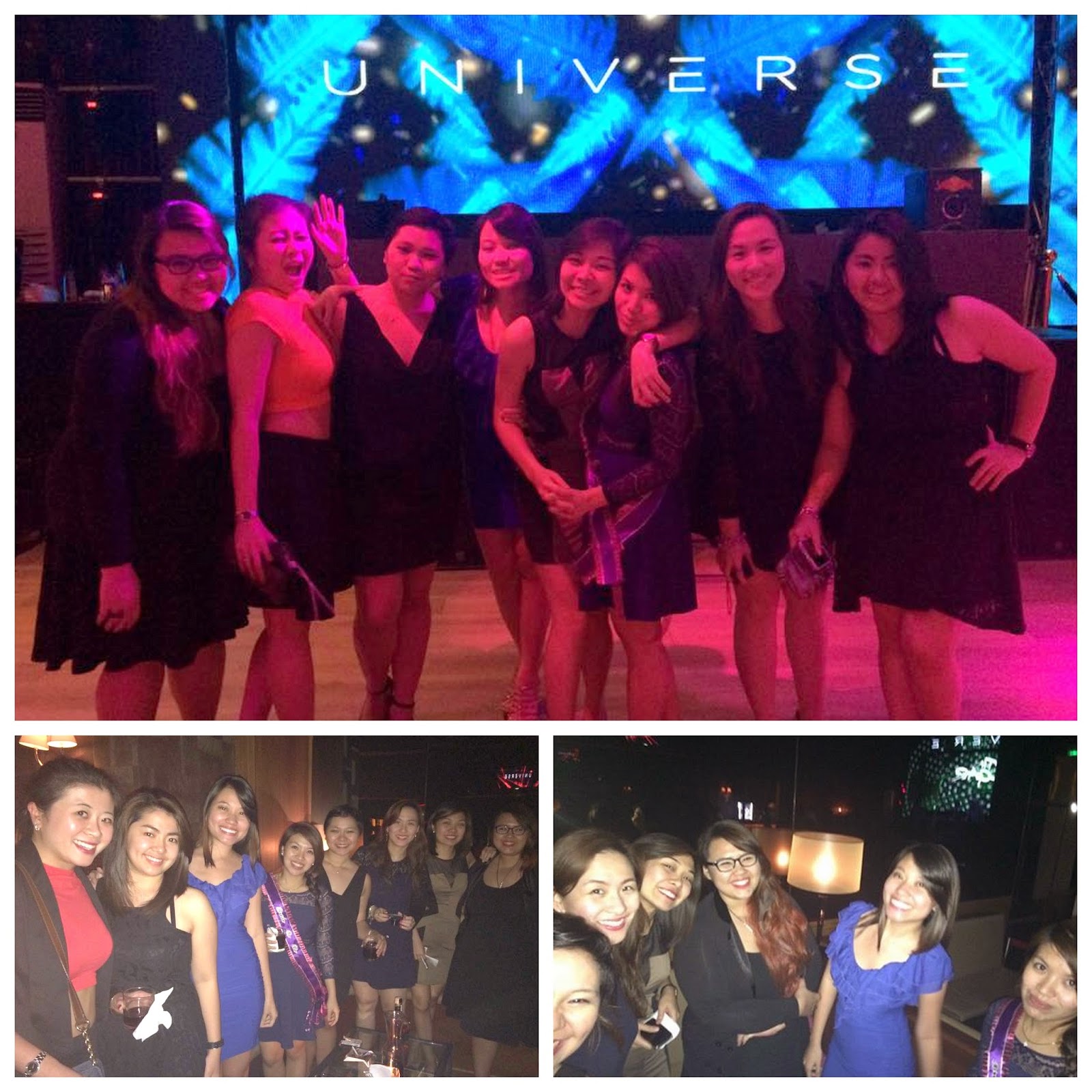 Us girls at Universe Nightclub. I was looking a little sleepy in the first photo lol! Wee-hours-of-the-morning look!


2. Pole Dancing or Sexy Dance Class
This is like the prep for the honeymoon. HA! It's fun because it's more of an exclusive dance class with your friends. So if you're one of the shy types and joining a dance class with random strangers was never your cup of tea, this is the way to go! You can rent the studio for 3 hours wherein this one's the main event, so the first hour could be for games and eating, the 2nd hour for the dance class, then the third hour for the message/gift giving :)

3. Bridal Party
This is the traditional party which is a mini event complete with an ice breaker, games, messages and gift giving. The fun part here is getting your heads together to plan the whole thing and style the event :)

Working within a budget doesn't mean that you have to party in less style, because you'll be amazed on how to get your creative juices to work with the rest of your girls :)

The 4 important things that you need to pin down are: attendees, date, venue and budget. Once you have those finalized and booked, you can talk about the other details like the theme, program and the menu. 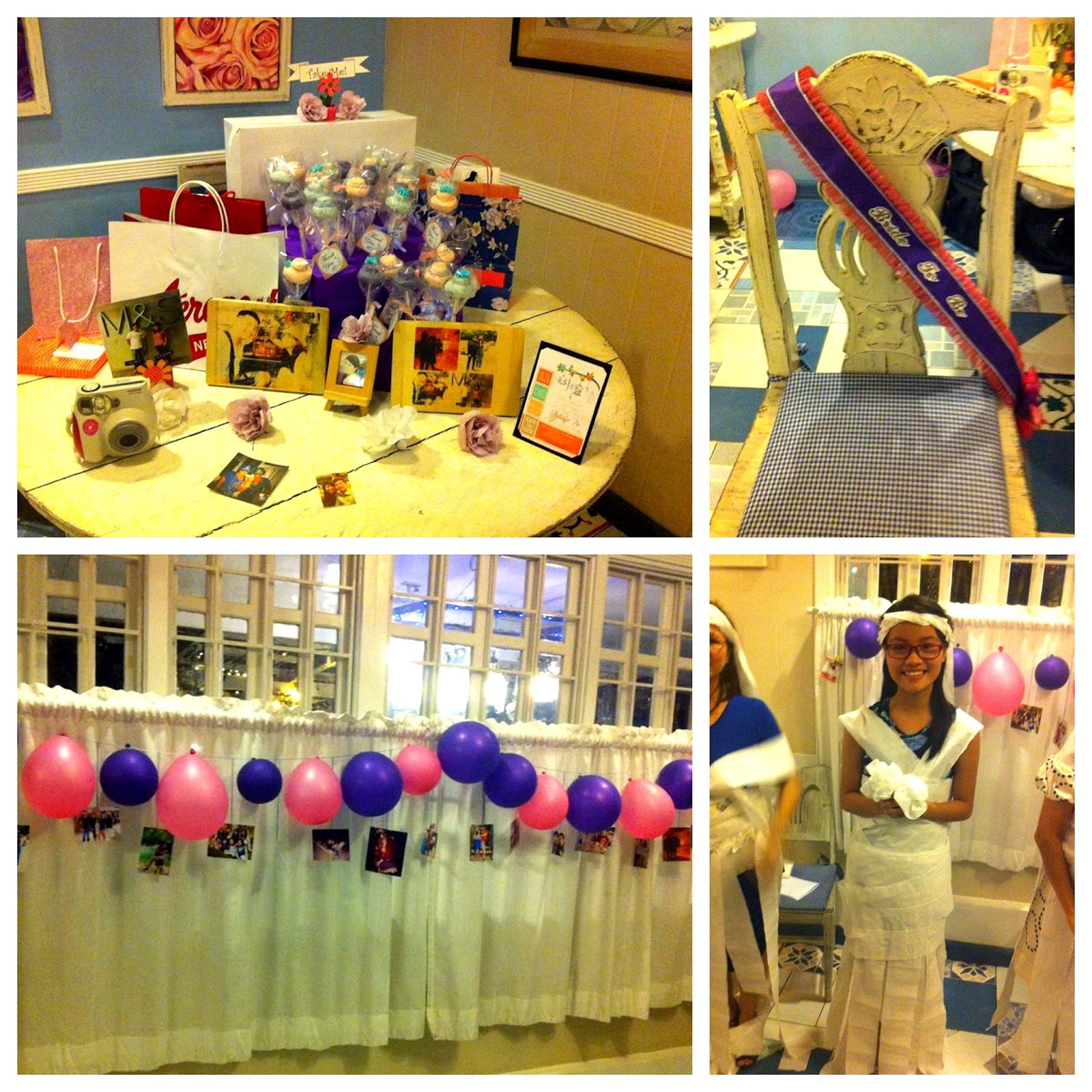 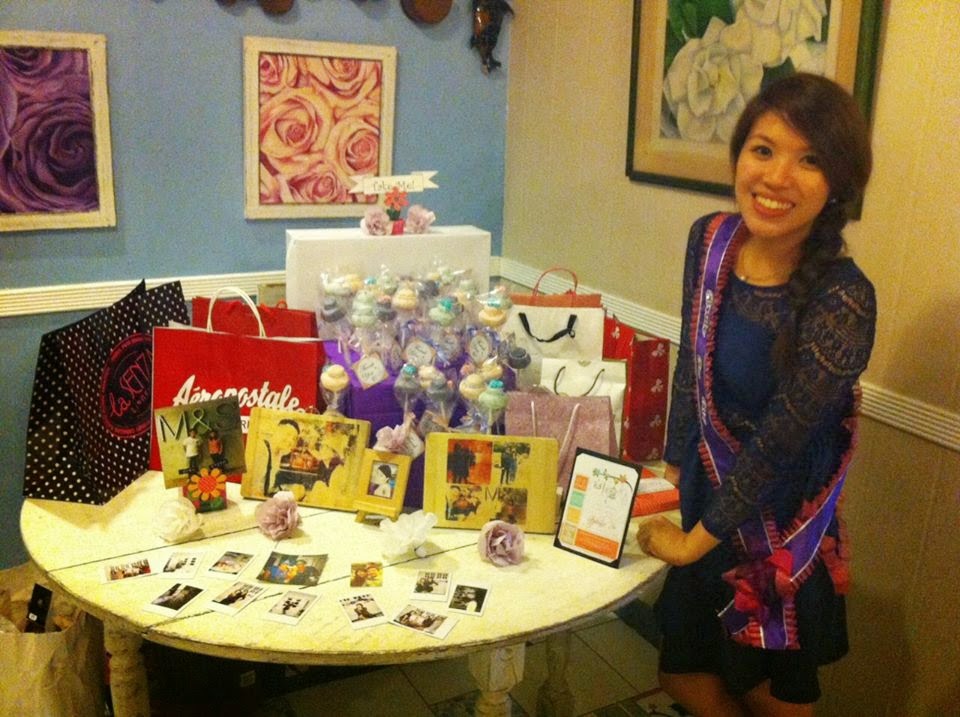 Shots at Rusting Mornings by Isabelo! The easier route is to choose a venue that is already pretty so for this, we just decorated the place with balloons, paper flowers and photos of the bride-to-be to make it more personal ;)

4. R&R Sparty
Another option is to have an all out-sleepover by kicking back and relaxing over a full-body massage and a mani-pedi sesh :) 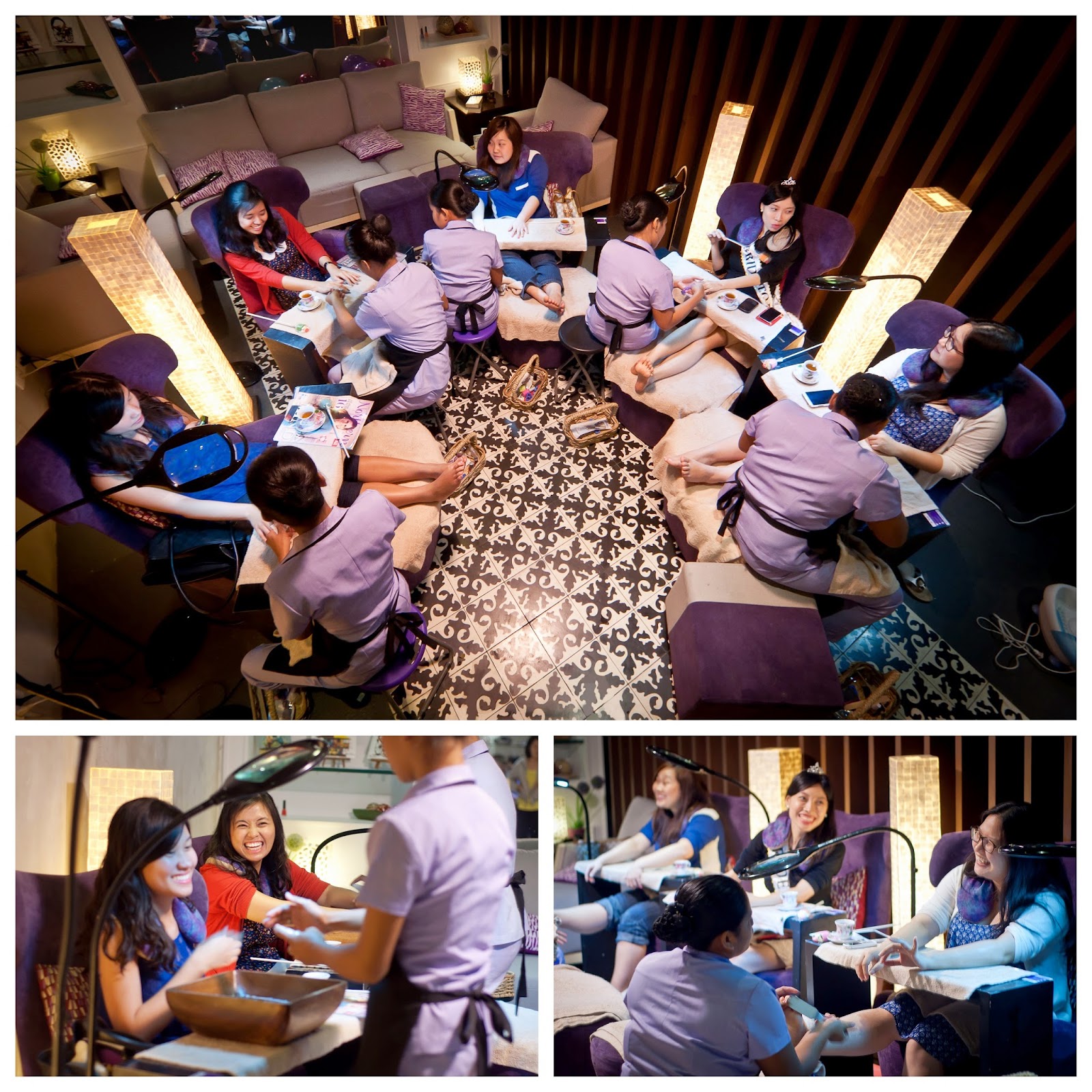 At St. Nails in Makati - one of Cathy's bridal shower pit stops :)

You can opt to go for home service or go to the spa itself.

After coming home at 6:30am from Universe for Potchy's bridal shower, we slept through the morning, had lunch then went to 7 Senses Spa wherein we had a 4-hour pampering session! I know! 4 hours???! We were surprised ourselves because we thought it would just be 3 hours tops! But what we had was the KING of all pampering sessions eveeer! We started with the steam room, then we headed over to the jacuzzi, then had a full body scrub then a full body massage :)

It was my first time to be in a steam room wherein we sweated like crazy despite the ice cubes we were smothering over our faces and the glasses of iced tea that were served... but it felt really good after and it opened up the pores to prep the body for the body scrub and massage :) The steam room was perfect for us 8, so even this was a bonding activity! That and you get to feel oh-so-beautiful and relaxed after! 4 hours ba naman eh!!! Kung hindi ka pa marelax, ewan ko nalang!

5. Crafternoon Sesh
When we were planning for a bridal shower for Den, we knew that we better include something crafty because she's really creative and she enjoys painting, coloring and DIY stuff.

We rented a room at Astoria then just bought these paint sets which took us hours to finish. It's not easy, I tell you! While we were doing them, we were chatting all throughout with a plate of cheese-tikoy turon (that we made, FYI) that we kept reaching out for. It was super yummy, I swear! The crafty sesh was our way of winding down after dancing (Steph just brought her xbox and we plugged it in) and cooking.

It's like a girl's night in - domesticated goddess style! And the great thing about doing crafty stuff is that it becomes an instant event souvenir! 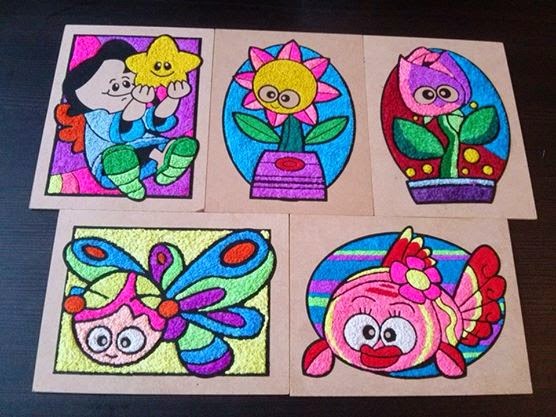 Those are our masterpieces! :D Hooray!

Nowadays though, crafty holes have been setting up shops and offering workshops and classes to the public, so these are a few places worth checking out:

Of course, you can combine the events above like what we did for Potchy's bridal shower wherein we did 2, 3 and 4. Lol! Kaya 24 hour bridal shower!

In the end though, it really depends on what the bride-to-be wants, so it's time for that subtle fishing months before the wedding! If things start to get a little overwhelming because there are just so many ideas popping out at the last minute, we just ask ourselves: What would our friend want? Which event would make her happy?  What is her definition of fun? Then take it from there :)

So now's the time time to channel your inner event-planner persona and throw the most-fun bridal shower ever with the rest of your girls!