After a few breather posts, here's the last post for my Northern Mindanao series! :) Yep, there's more to Mindanao than just CDO's city proper and Camiguin (although those two are already packed with so many beautiful nooks as shared here, here and here), because there's still Dahilayan Forest Park in Bukidnon and our river rafting experience in CDO :)

Dahilayan Forest Park
Thanks to the folks of La Montana Tours & Vans, we went straight from Camiguin to Bukidnon and arrived at Dahilayan after lunch.

20 minutes away from the park and the sun was blazing, so we dutifully slathered ourselves with sunblock, for fear of getting skin cancer! (cancer agad-agad?!)

10 minutes away and it's already starting to drizzle... Uh oh. Where did the sun go???

2 minutes away and it was already pouring! Waaaaaaahh! Where was the sunny weather just minutes ago??!

This poses a challenge because Dahilayan Forest Park is a large piece of land which is famous for its outdoor activities like ziplines, zorbit, ATV, buggy, obstacle courses and luge :) 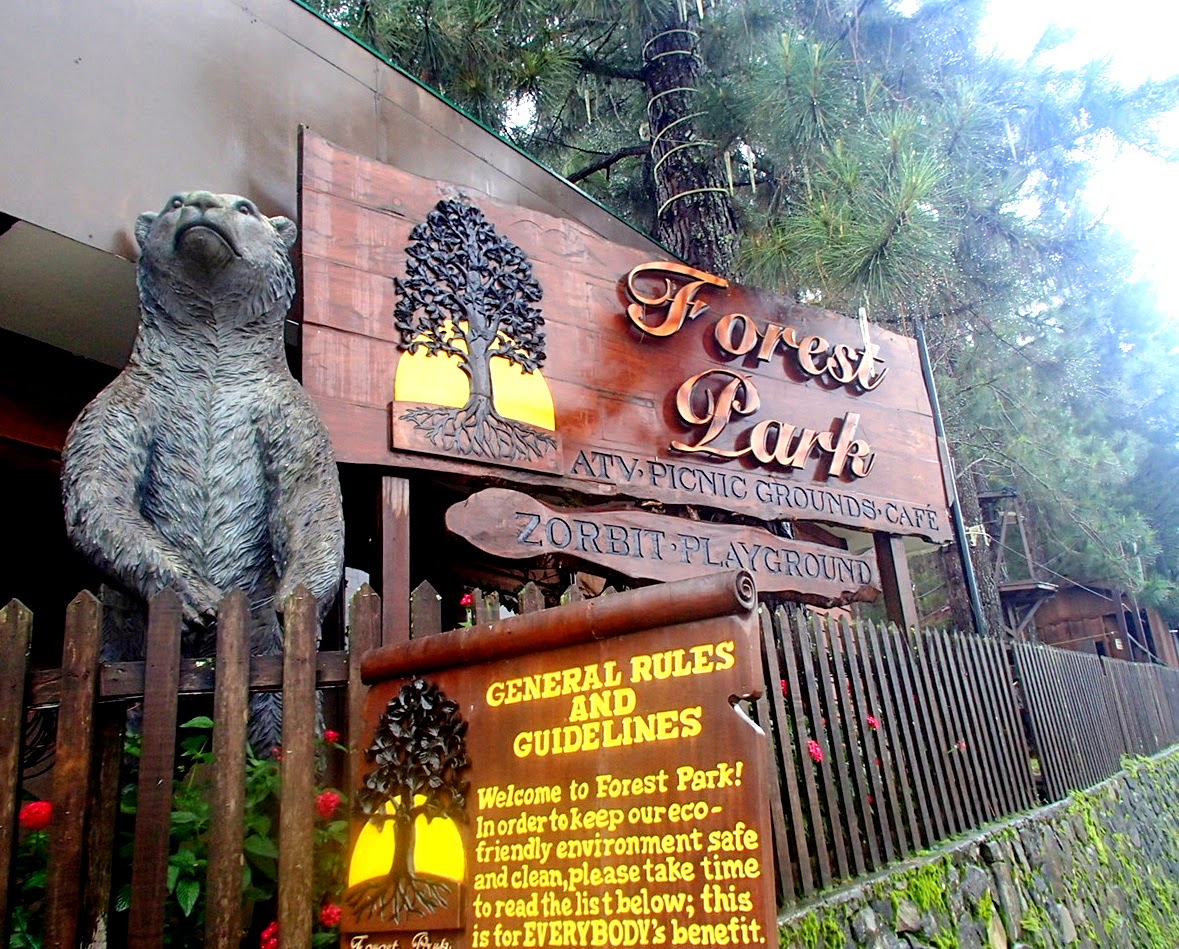 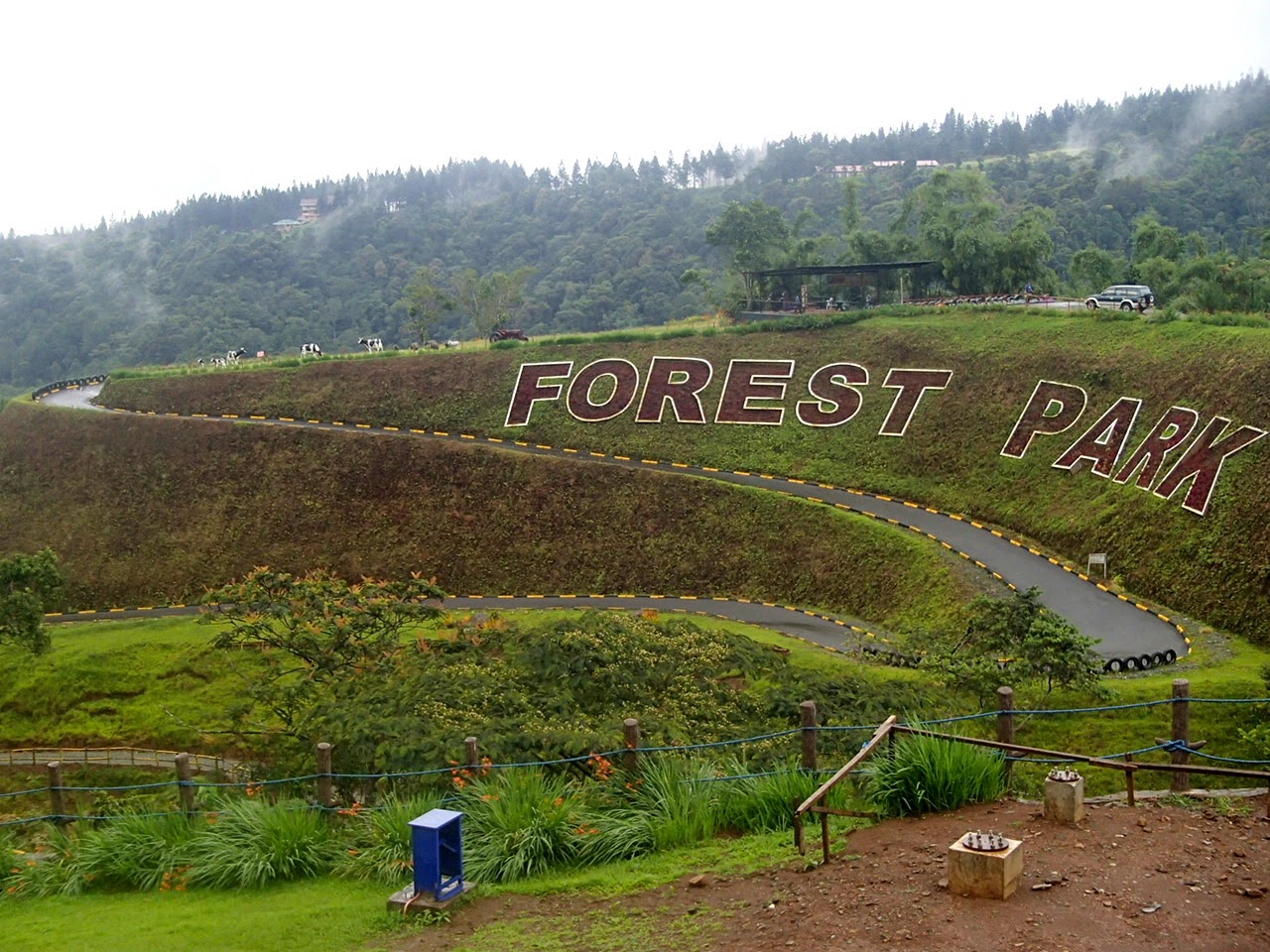 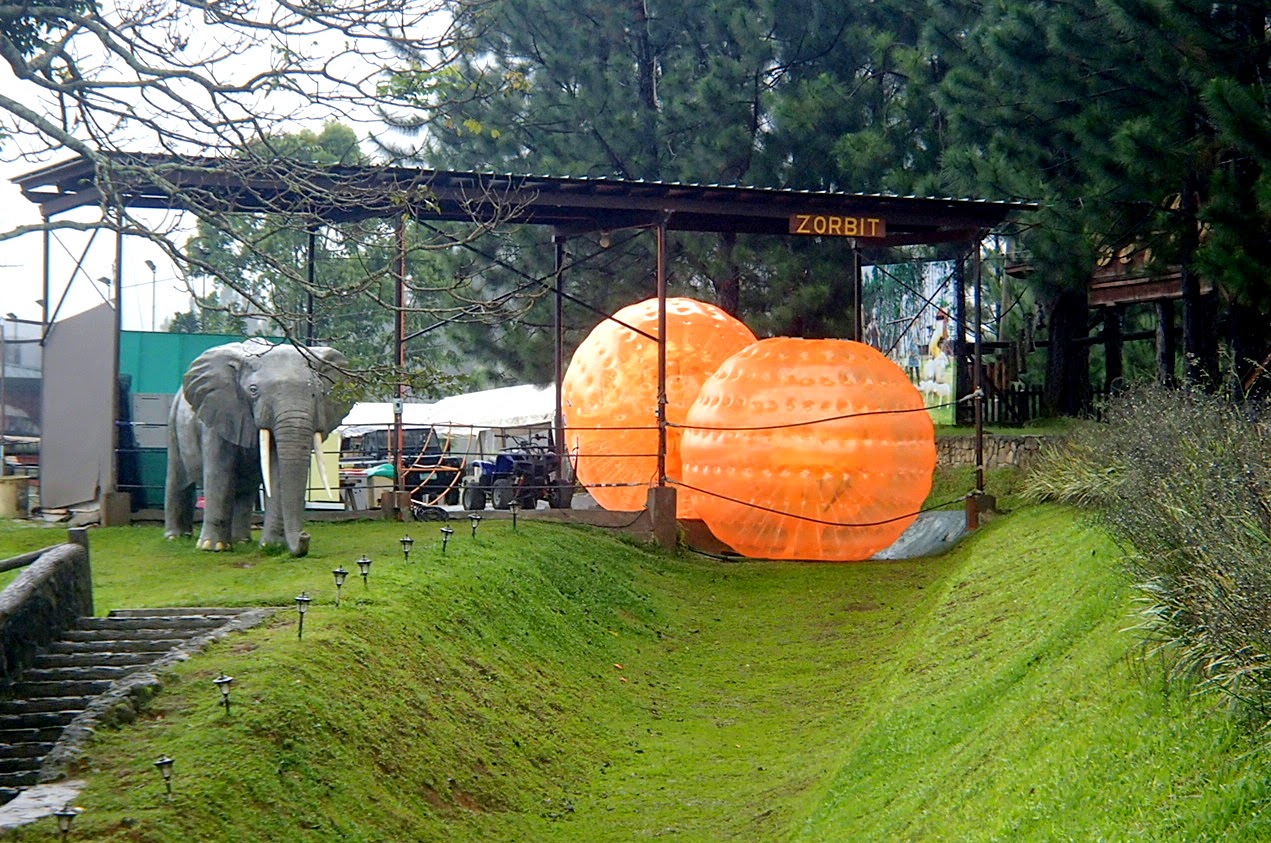 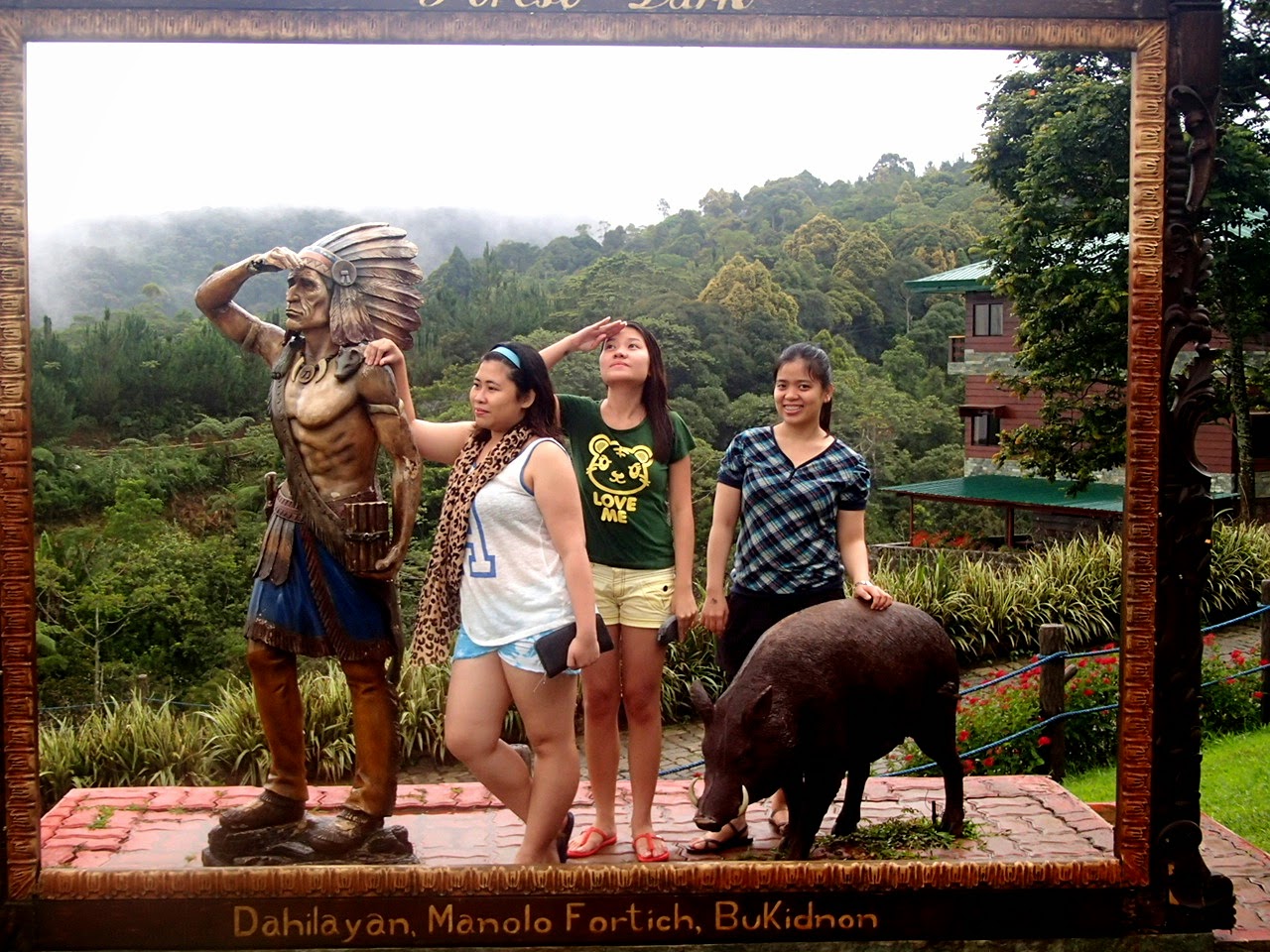 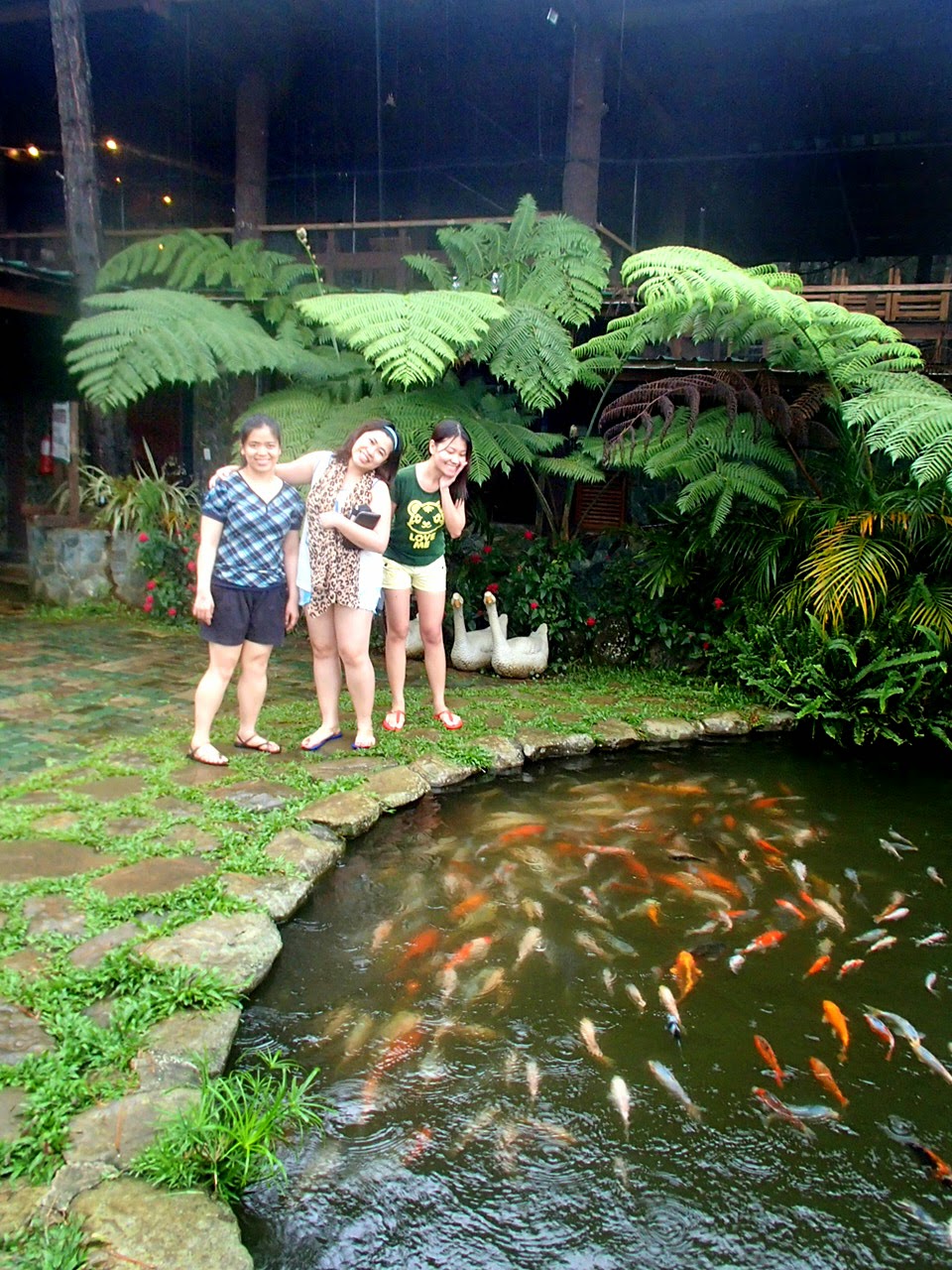 Since it was already pouring, I was thinking of waiting for the rain to let up before taking on one of the ziplines. Although according to kuya Edgar, the rain doesn't look like it will stop anytime soon.... So better to just go at it and change clothes after.

Hmm ziplining under the rain? We just took a bath that morning so I was enjoying the fresh and clean feeling, so my OC self wanted to say no to the idea... but the adventurous side of me won over, making me say "GAME!" before I can change my mind.

Riding a zipline under the rain, this will be a first! :) 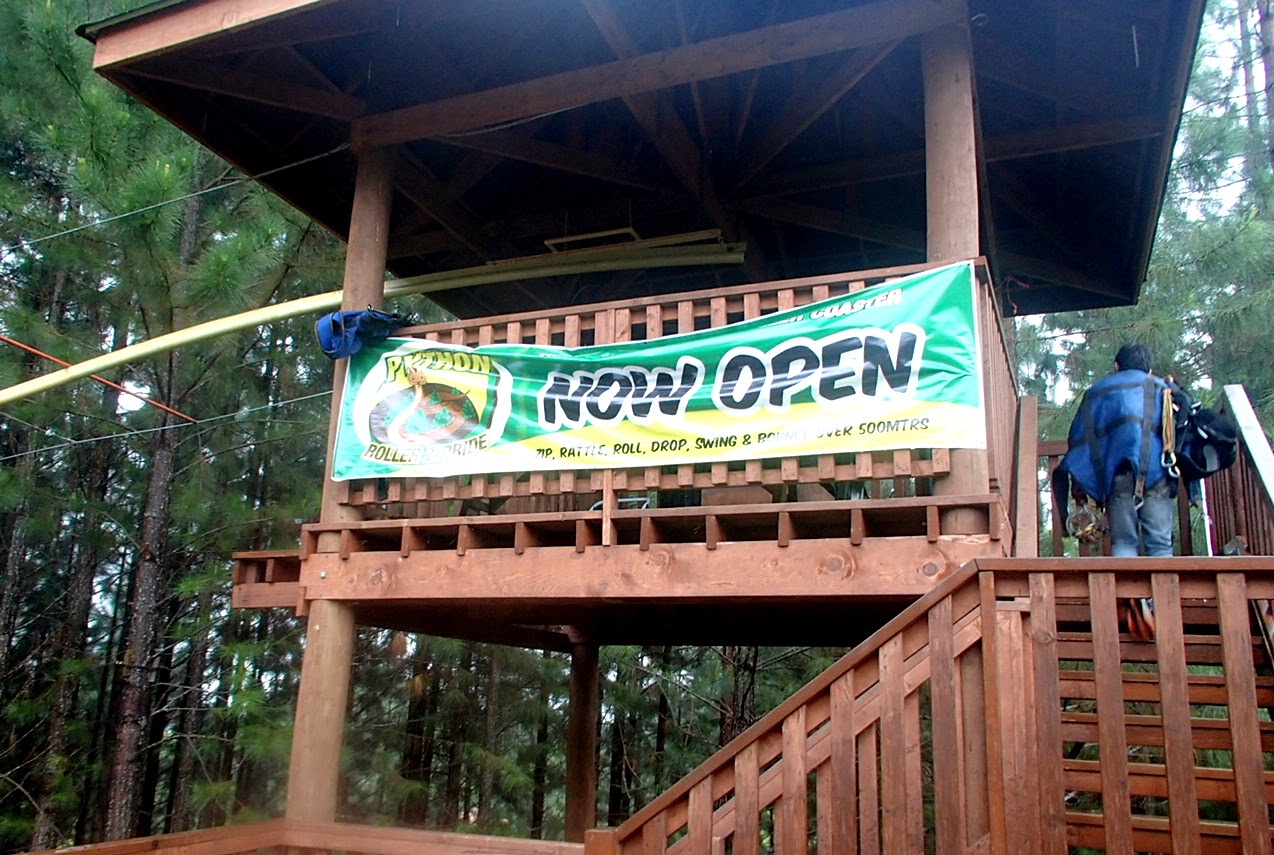 For this one, I chose the newest zipline they have, the Phyton roller-coaster zipline. Interesting name, right? It's coined as such because riders won't be going on a straight line... Instead, just like a mini roller coaster, it has twists and turns along the way, making the ride more exciting :) I've never tried something like this before, so I was feeling pretty nervous because I cannot see the end of the line and no one else came before me so I really had no idea where the line leads to. It was all very Divergent but like a Dauntless wannabe, I wore my harness obediently, tucked my legs up and roooooode it all the way to the end.... 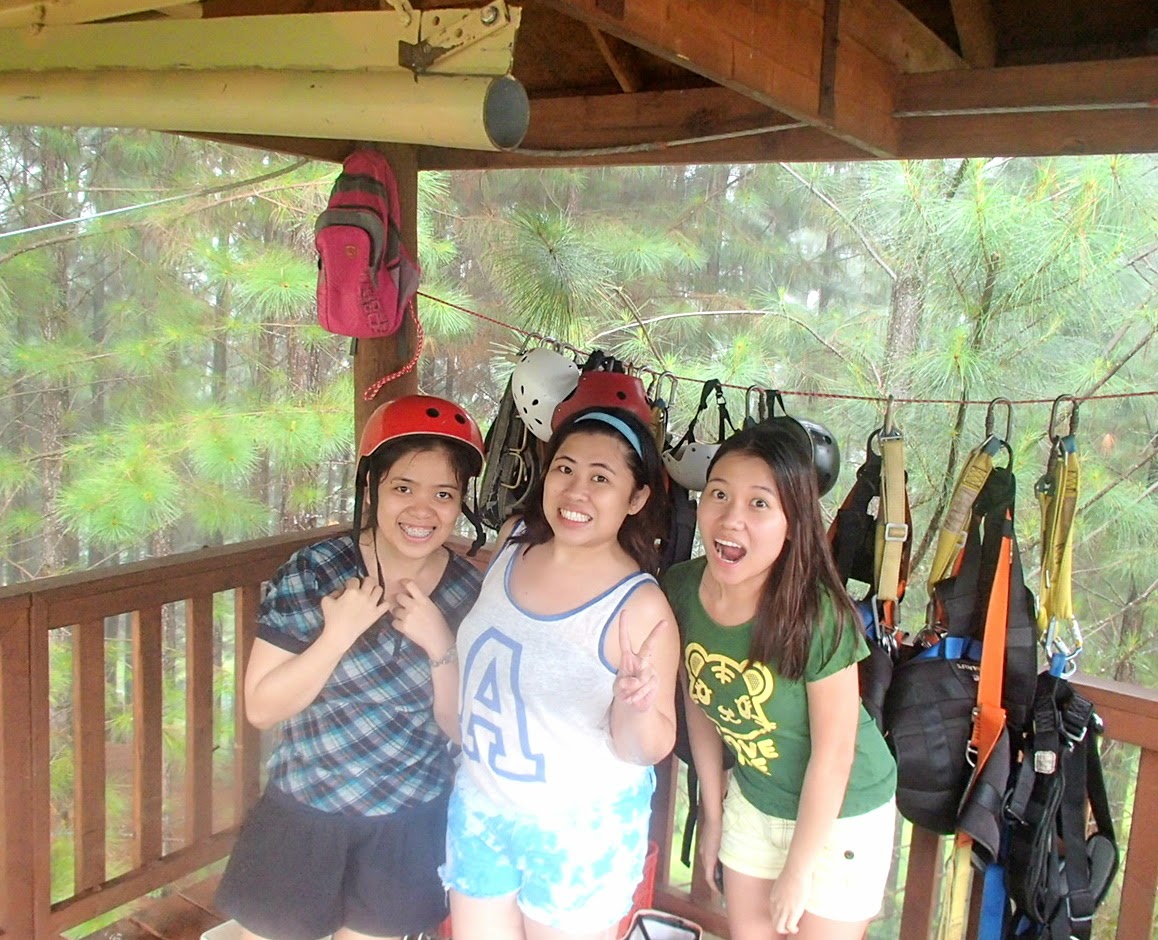 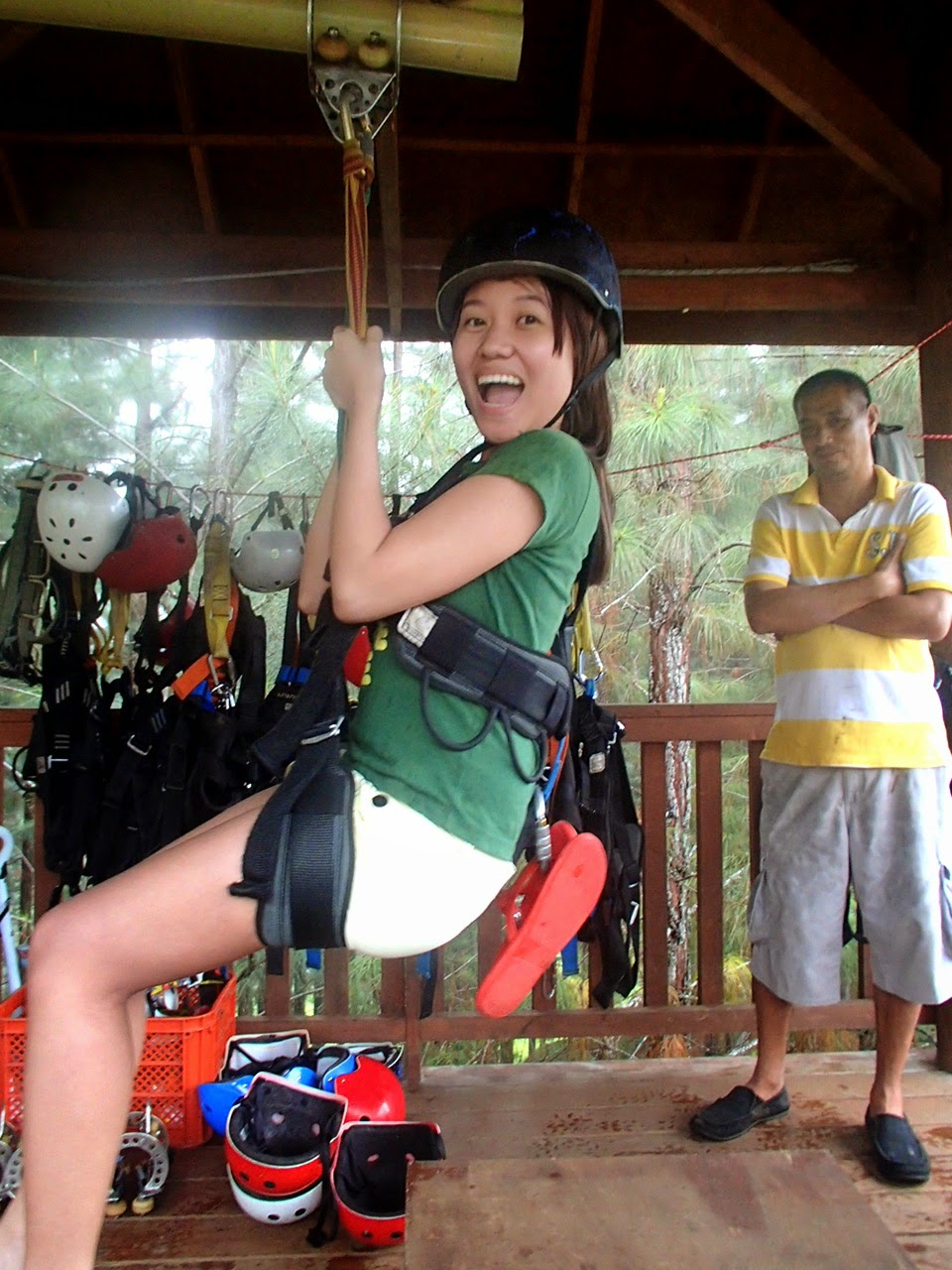 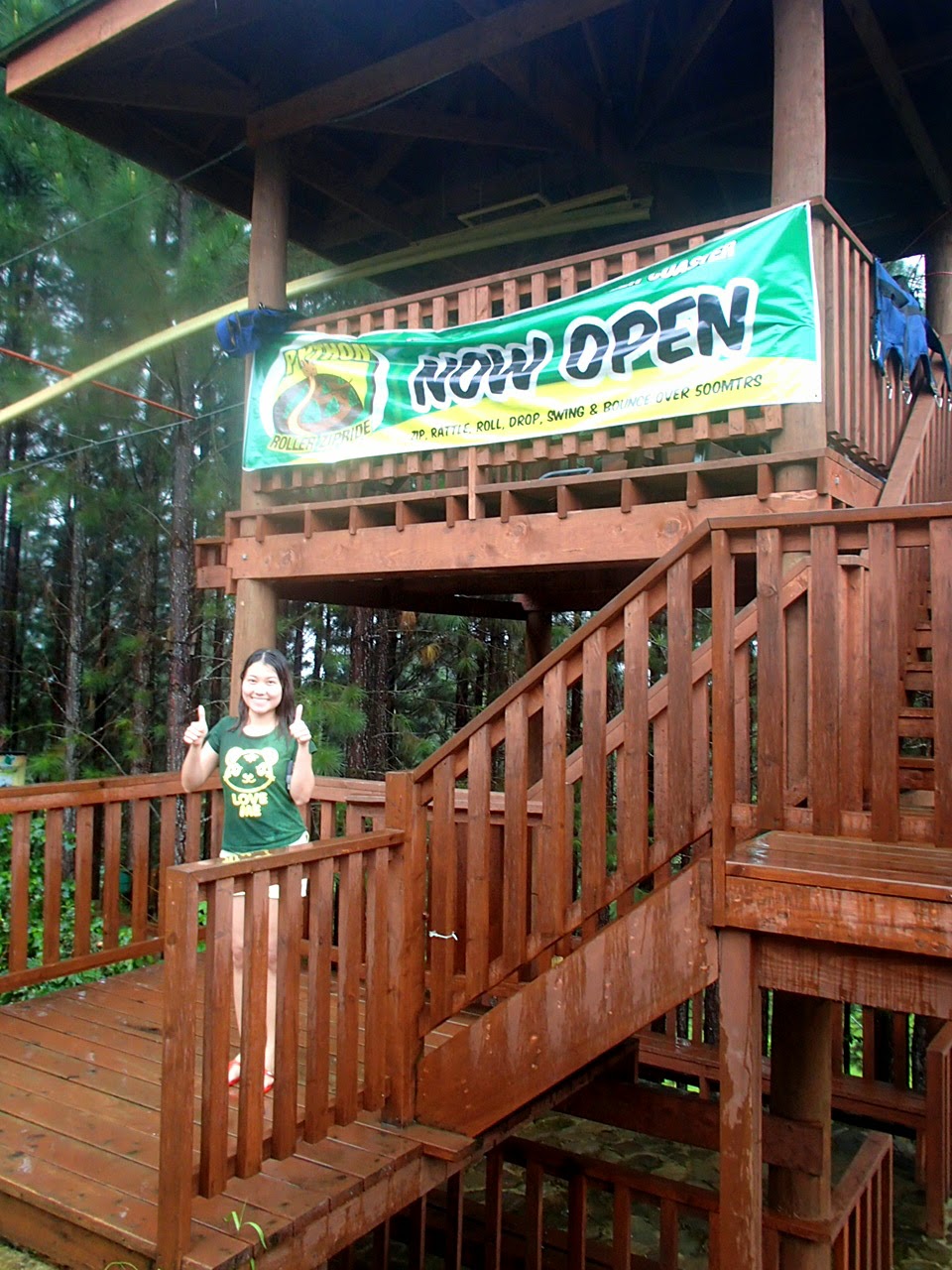 They weren't able to take any of my photos while riding because the line was practically concealed by the trees and the rain, but here's a photo after the ride above. Spot how wet I was! Hahaha! Riding a zipline under the rain: check!

River Rafting with Bugsay Team
For the last day of our trip, the adventure continues in the name of river rafting! This is already part of the tour package, so these guys from Bugsay were the ones that led us for this activity.

We were supposed to join another group, but later found out that the other group canceled so we had the activity all to ourselves! :)

From the Bugsay base camp, the river was about 45 minutes away. Here are some of my fave photos of the rafting experience: 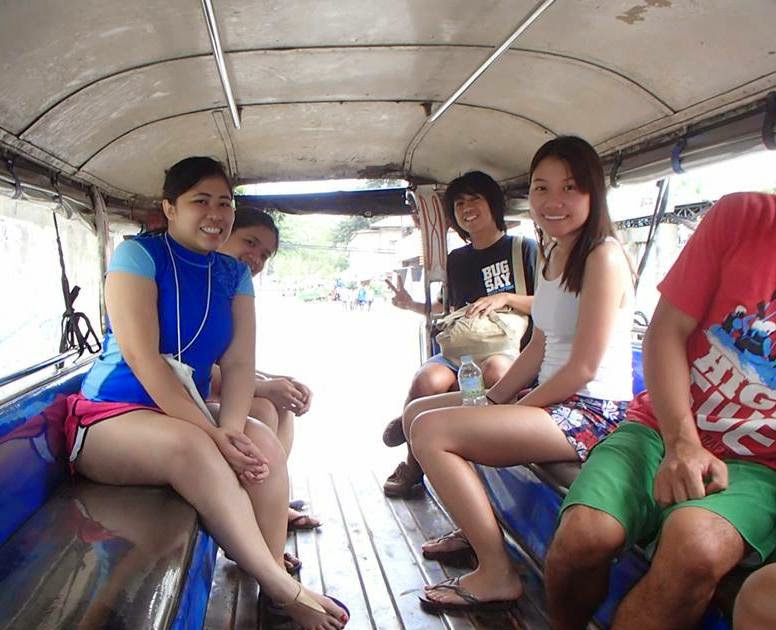 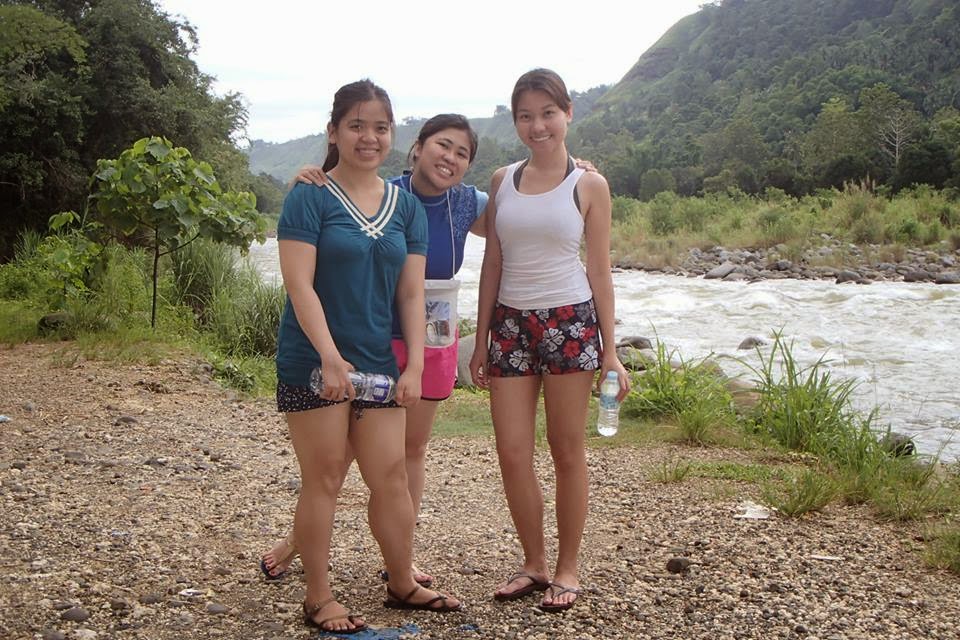 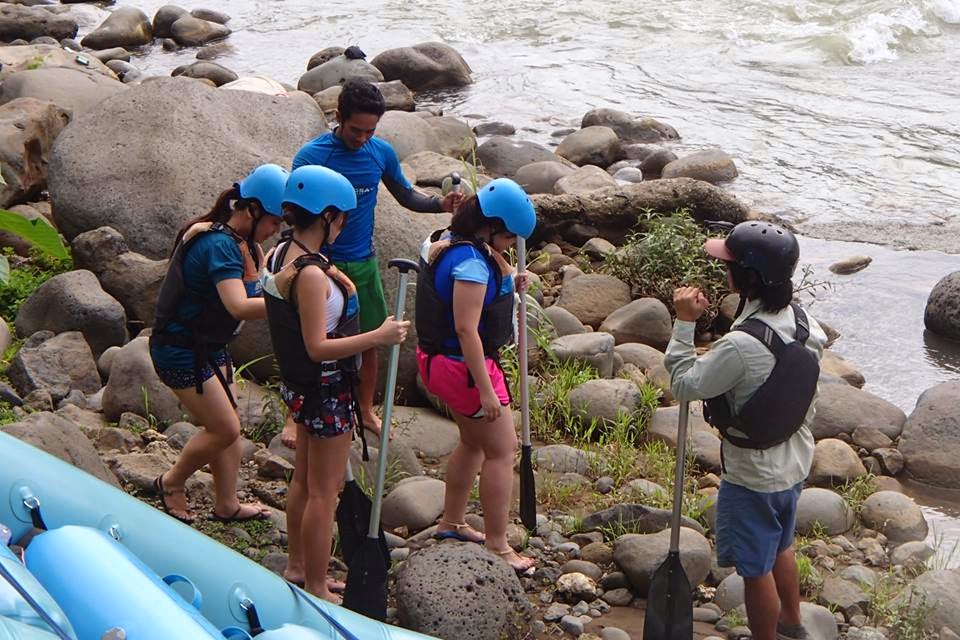 We had briefing prior to riding the boat. They reminded us that when you fall out of the boat, you just had to lie on your back, in a floating position, facing the direction of the river's current. They had to say this because when newbies fall over, the tendency is to panic and to immediately sit or stand. This can lead to serious injuries, including hurting your legs with the sometimes-sharp rocks in the river. So don't panic, relax and get into a floating position :) Noted! 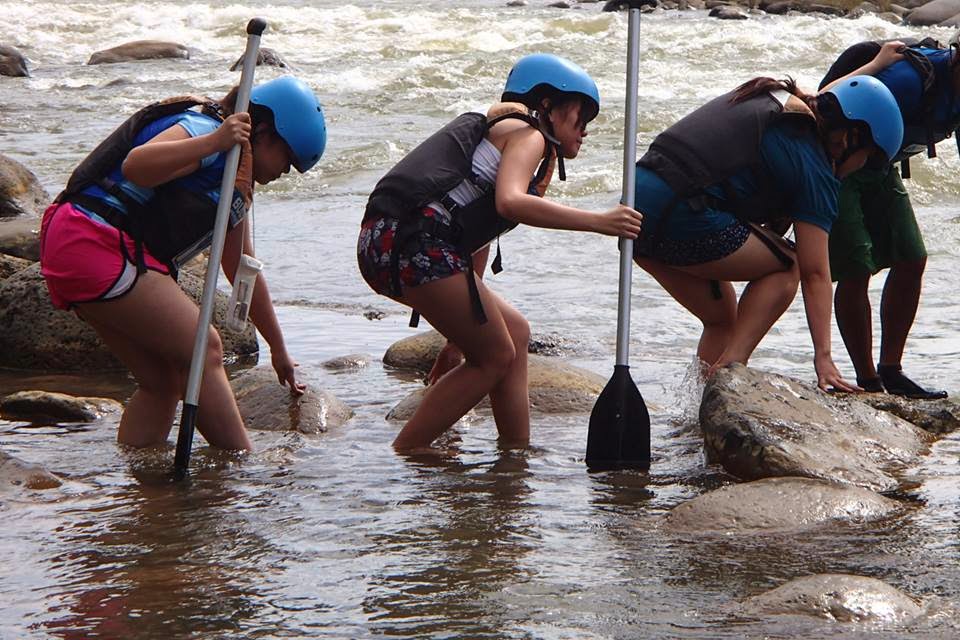 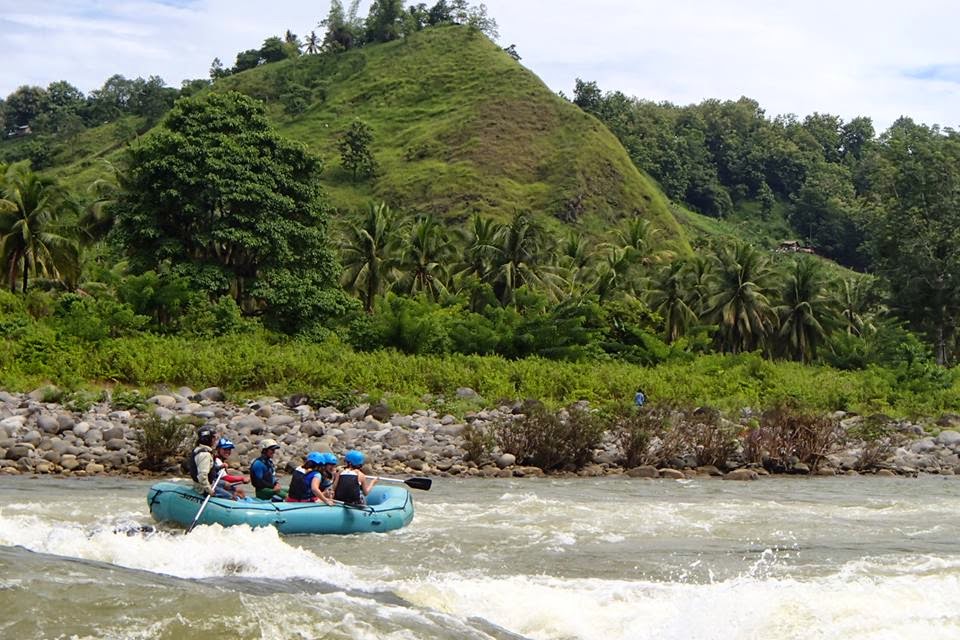 Trivia: The Cagayan river serves as the border between Bukidnon and CDO. 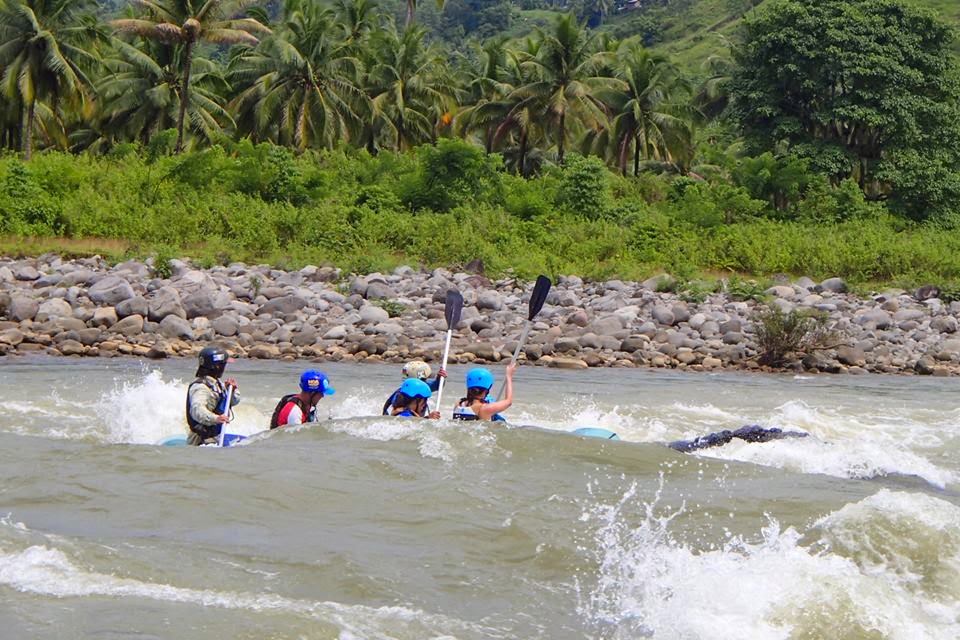 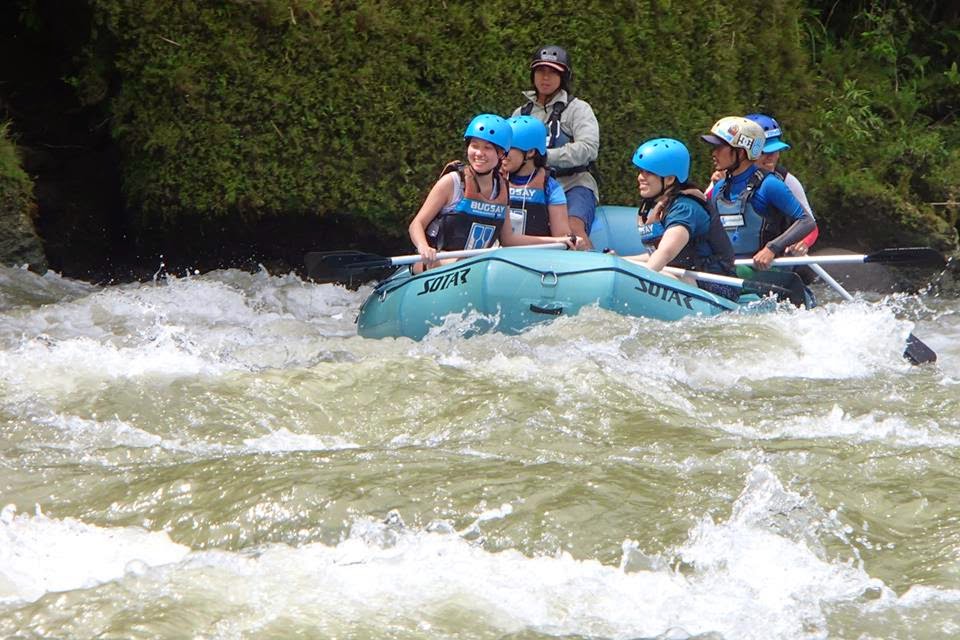 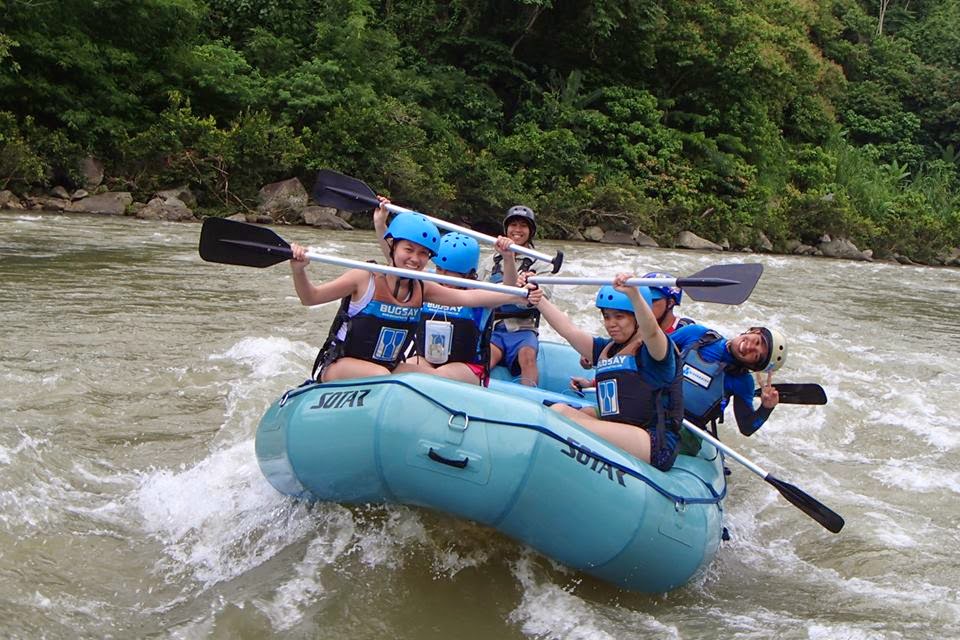 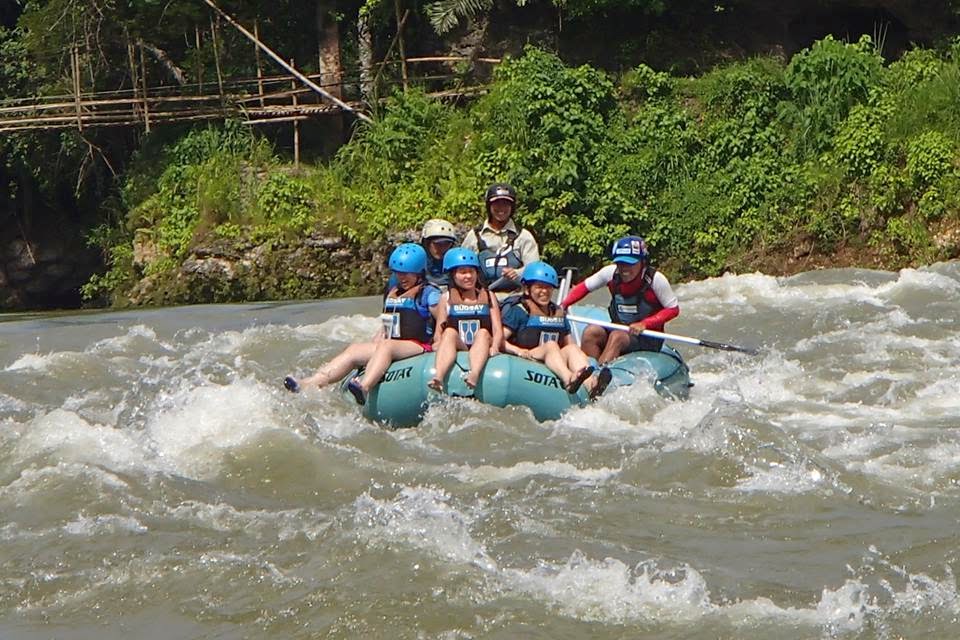 It was pretty fun, we had the basic course and we went through 14 rapids. Although to make it more exciting, they had us sit on the edge of the boat a few times. There was one when they just asked me to sit at the front-edge of the boat, just before the "drop" (they said that Paolo Santos fell on this drop haha!). The drop was quite wild because the rapids were strong enough to topple me over inside the boat, drenching me from head to toe. Lol! :D 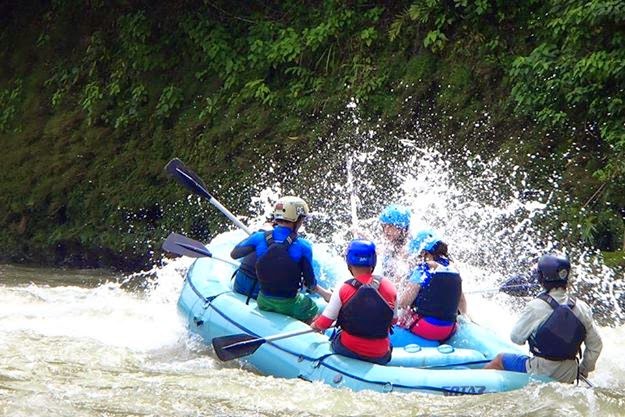 So there you go guys! I really enjoyed my time in Northern Mindanao, because there were so many things to do and it's so rich in history and culture.