How’s your holy week? Off somewhere with white sand, seas and breeze? Today is the perfect beach weather, isn't it? But wherever you may be, or whatever you may be up to this long weekend, may it be a reflection on how good God is. :)

As for me and my fam, we're just staycation-ing here in Manila. So with all these free time, I’m trying to be as productive as possible– so while my mom and sister hold up old pieces of clothing to give away, I’m sitting on the bed, resolved to catch up on my blog backlogs.

Let’s be friends again?
Help me out and forgive me for not posting sooner? You have to forgive me, it’s the HOLY week! :D

I heard from a friend of mine that he has decided to take his surfing game at La Union today because Baler is packed for the weekend. Looks like Baler has now reached the radars of most beach aficionados, and this wasn't really a surprise since packed and full would be the words I would use to describe the scene when my friends and I went there last month. 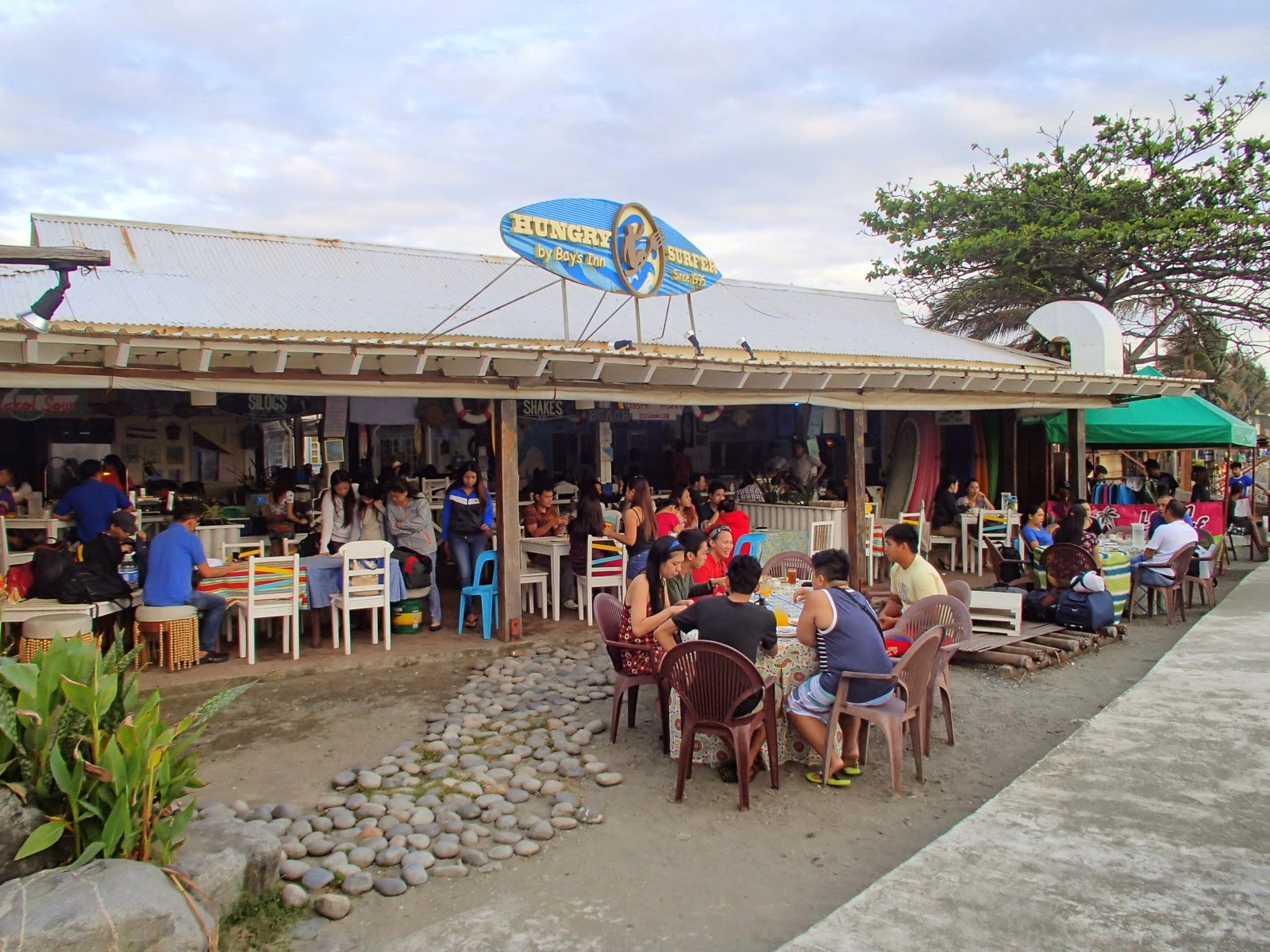 Baler at second sight
You know what they say that you’re never at the same place twice? That’s pretty much how I would describe my experience on my second time in the island.

...because not only was I with a different group of people (I was with my IBM friends this time), we also got to see different Baler spots, tasted different dishes and even my body was going thru something different –because I had my period! Grrrrrr… my body just seemed to smell salty water and respond with reddish glee. Ewww.

True story though. There I was, wearing an overnight pad, plopped on a surfboard, attempting to ride the high tide waves. Define classy. Yep, it was also high tide! And I have a funny story to share on the next post in relation to those details above. :) 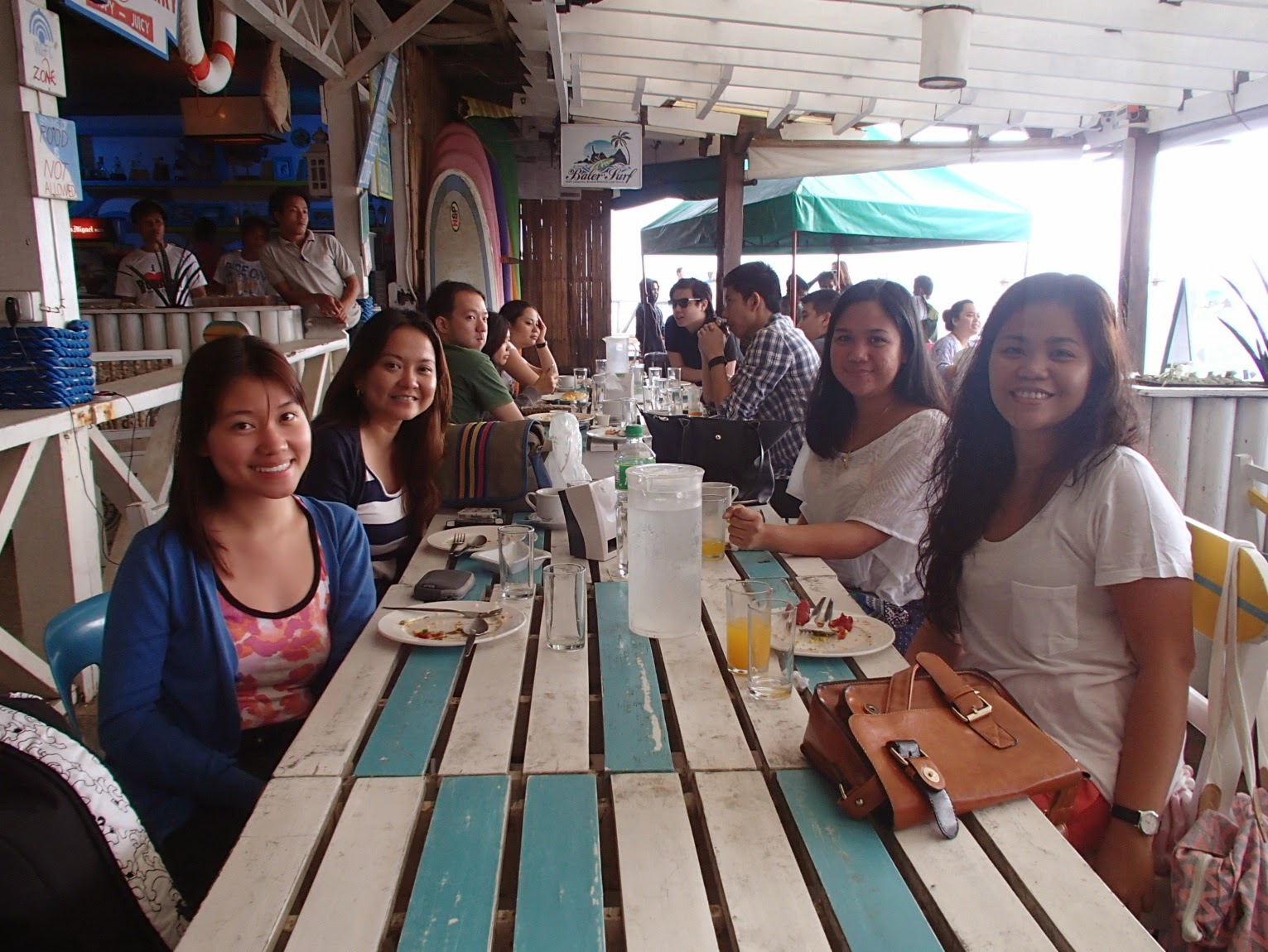 Balete Tree, Aniao Islets, Seven Families Monument...
When we arrived at Baler, we had a quick breakfast at Bay’s and since the rooms weren't ready to be checked in yet, we rented a tricycle (teehee, very classy ride right here :P) to take us to various spots at Baler. 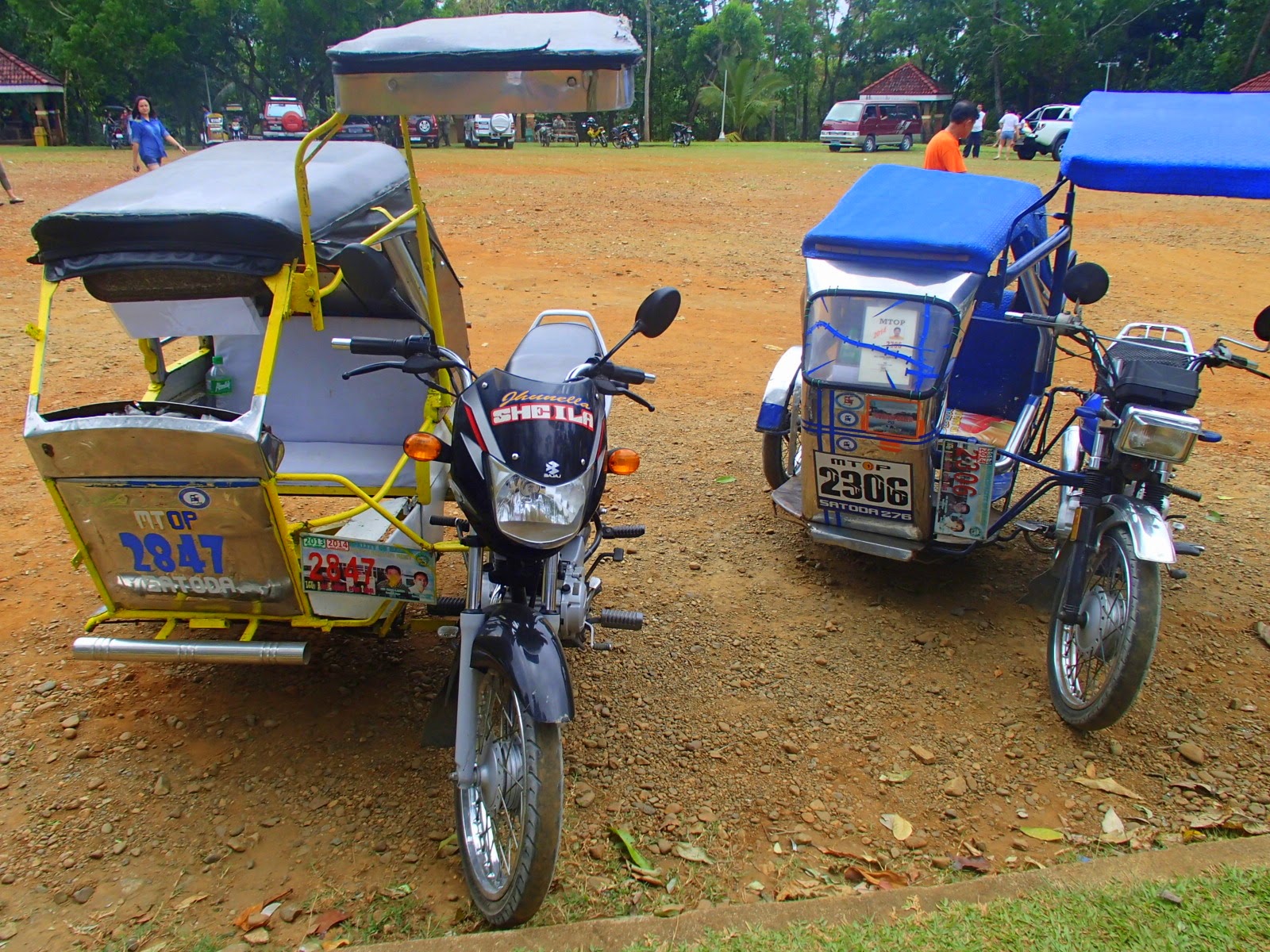 Renting one tricycle costs P700. We rented 2 so with the P1,400 total, we had to shell out P350 each. We started the tour at around 8am then finished at 4pm. So it's a whole day tour and we went to several places so the price was quite reasonable. That, and you get to help the locals earn money since you're giving them business :P

Balete Tree
I've never thought that seeing a Balete tree this big would be interesting more than scary. Balete trees are objects of spook and horror here in the Philippines, so making this gigantic tree a tourist spot was pretty refreshing. 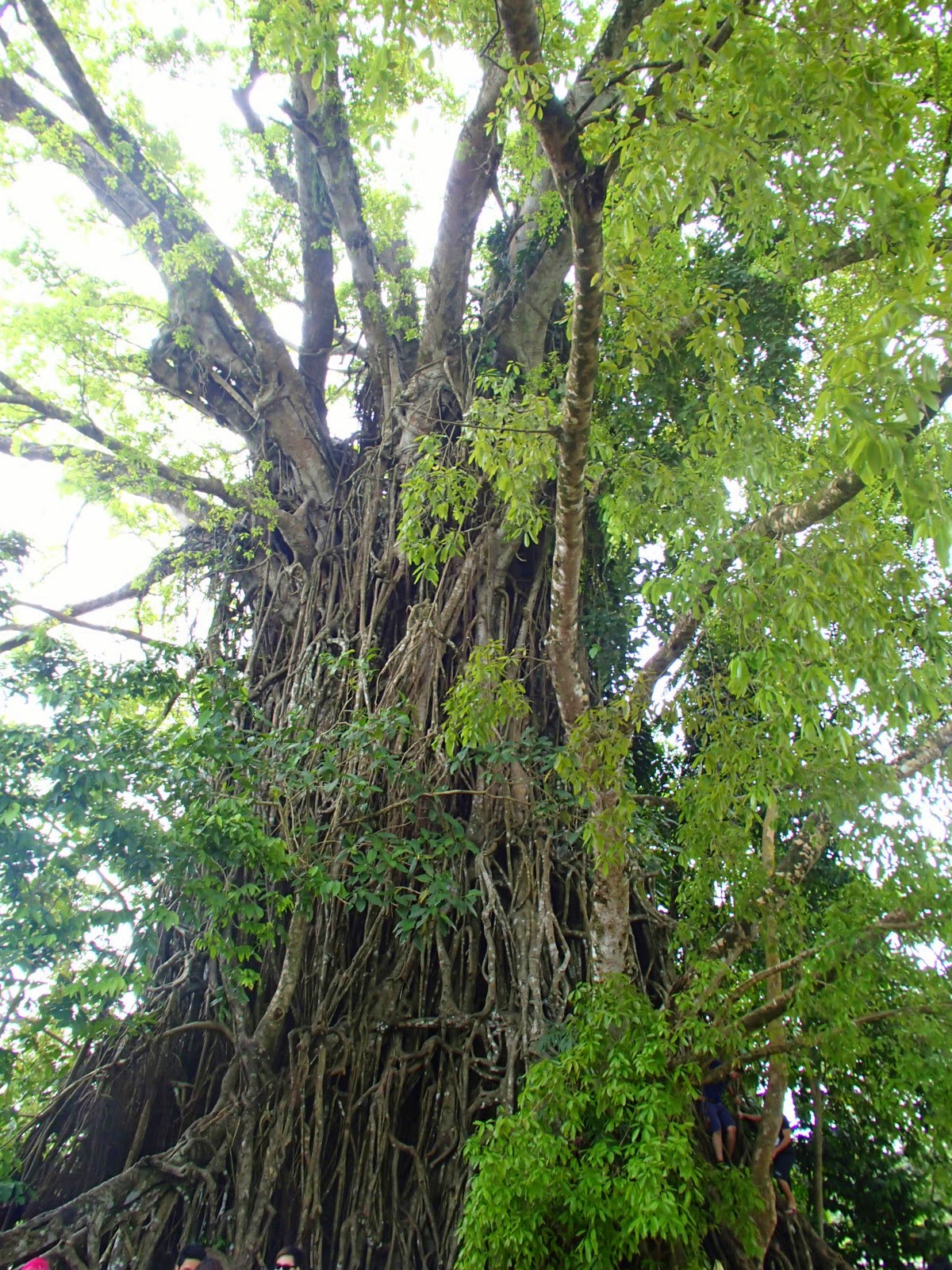 You wanna know how big this tree is??? 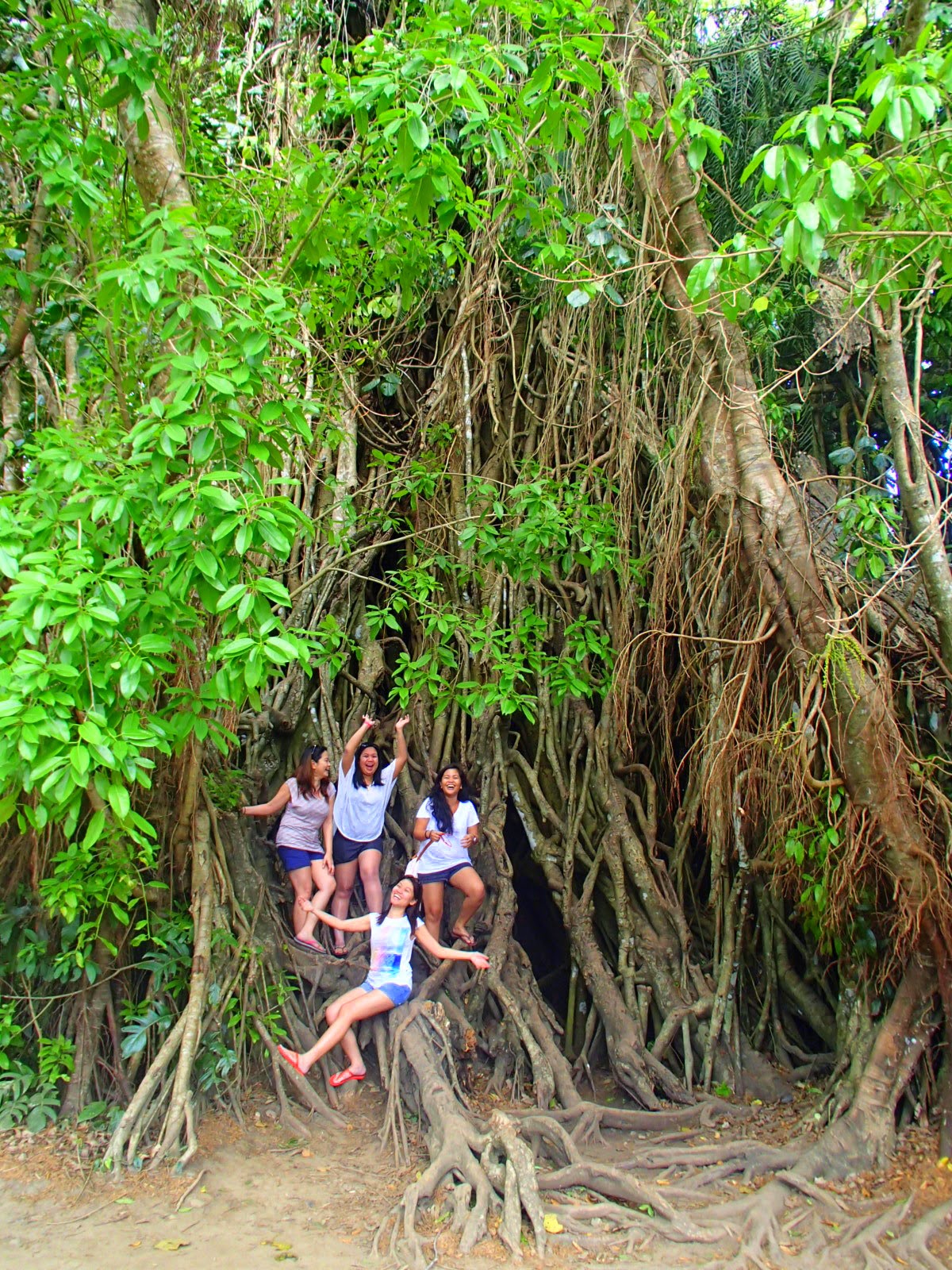 Big enough to stand on its roots! Yes, those are just roots! And we even got to go inside its roots and take our photos. Pretty cool! 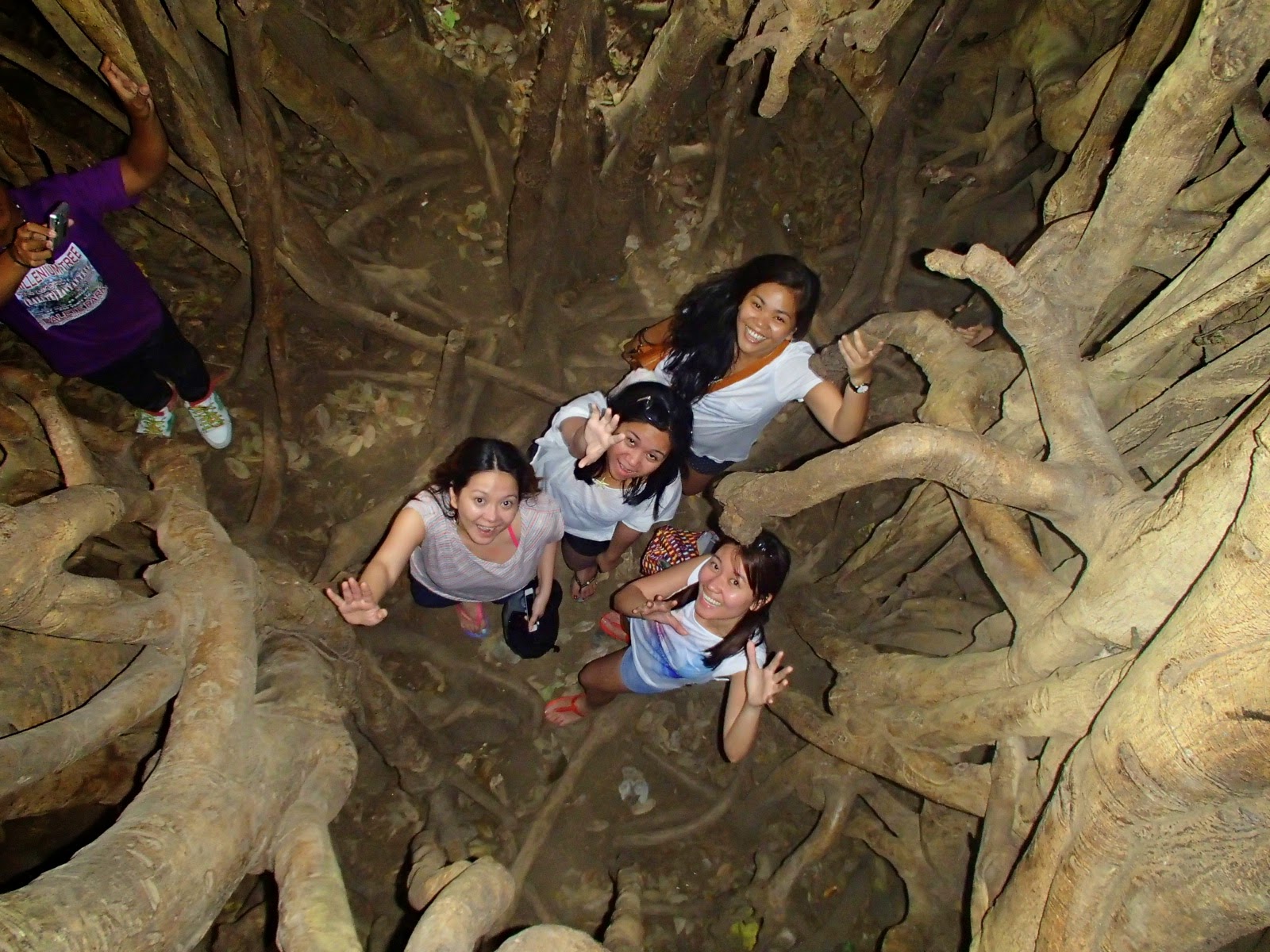 Ermita Hill
Another stop is the Ermita hill wherein you'll see an overview of the island of Baler. It's like a mini park complete with a grotto where you can walk around and enjoy the view. Since the hill was located pretty high, it was very windy on top. 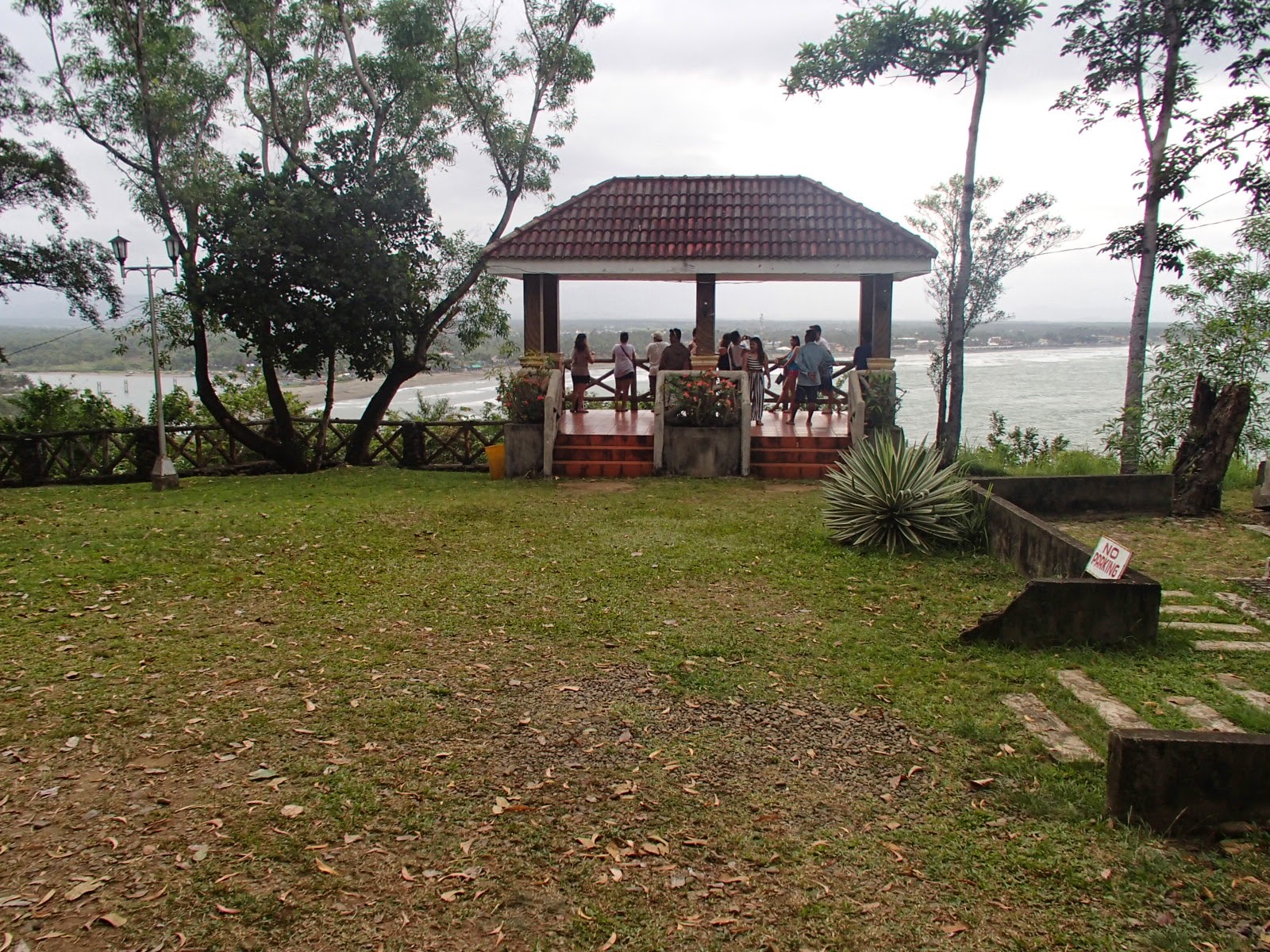 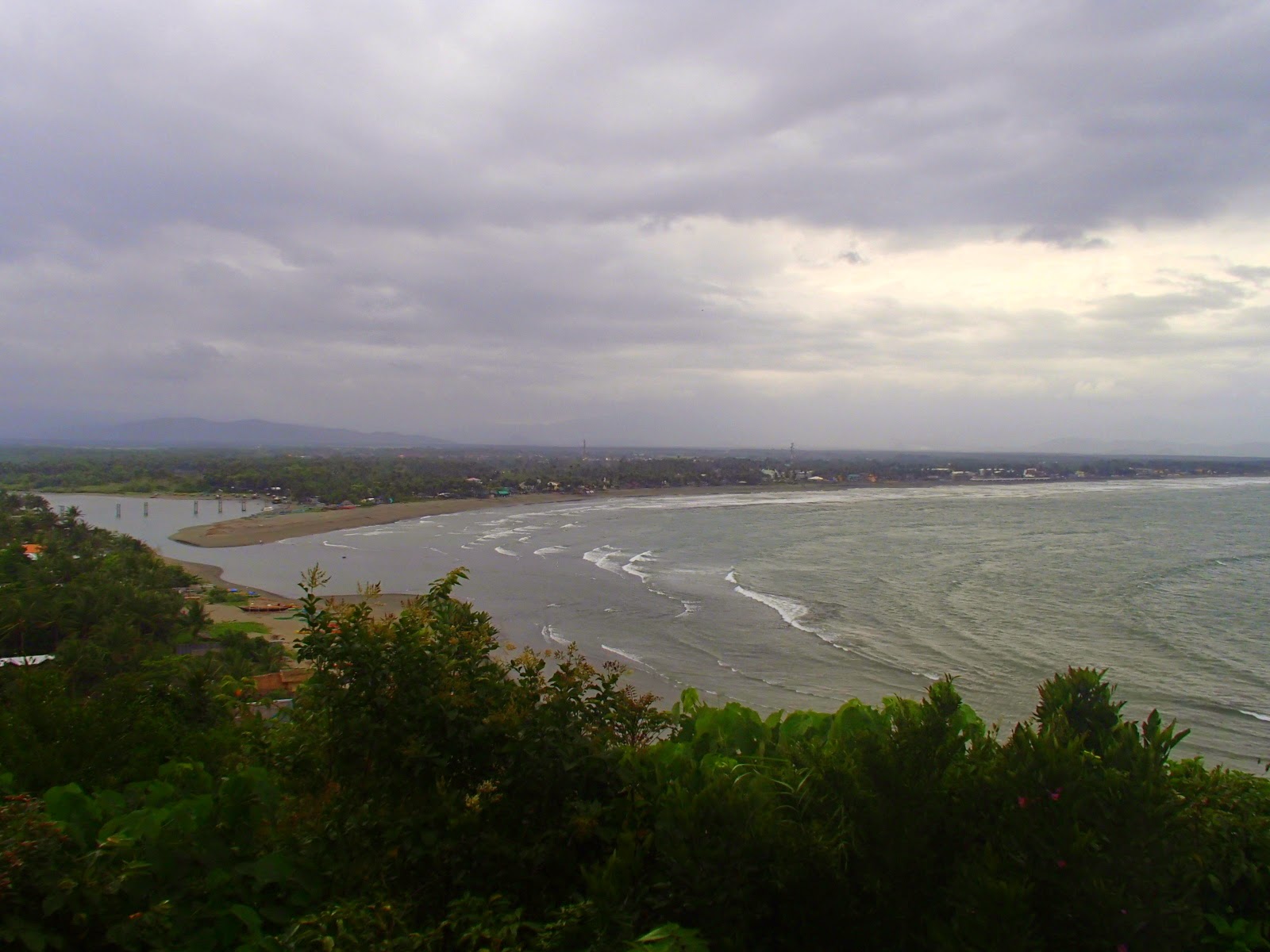 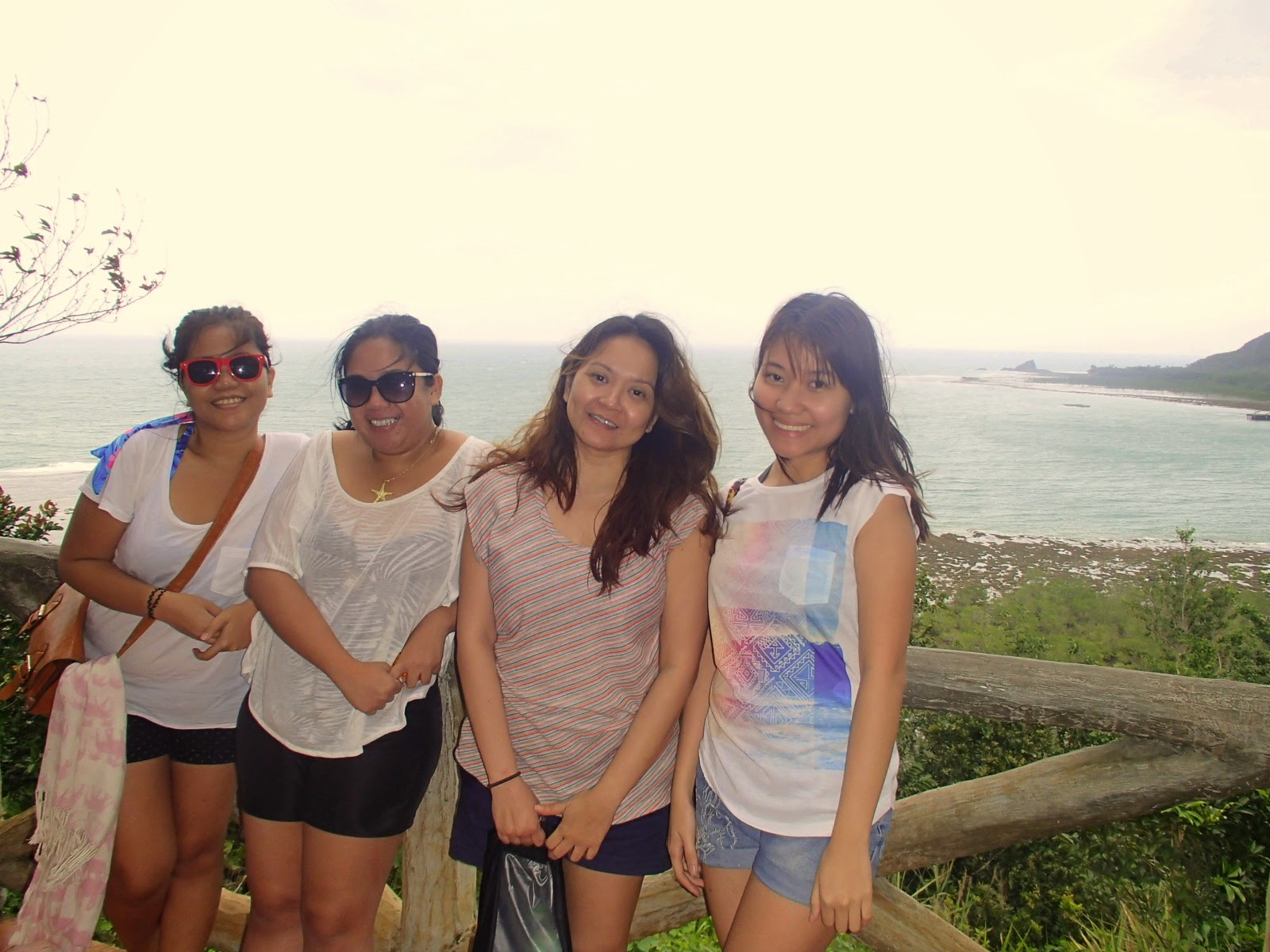 See the island at the back?

Seven Families monument
This monument which has now become a tourist spot was built in honor of the 7 families who survived the tsunami back in 1735. This is the very place where they climbed up to seek refuge from the tsunami that wiped out the entire Baler. They were the only ones who survived. 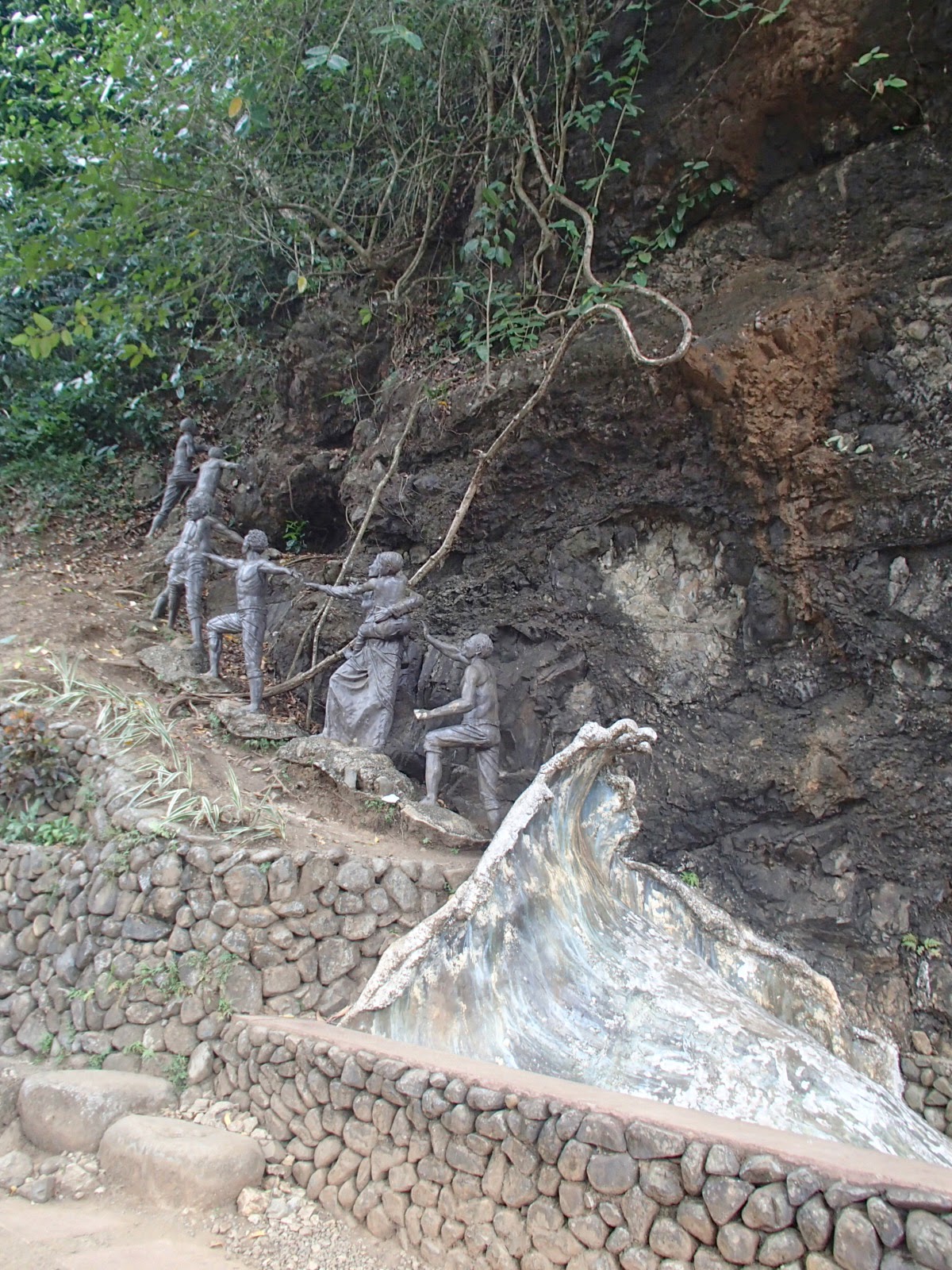 Aniao Islets
Our last stop is the Aniao Islets which reminds me of Caramoan because of the boulder of rocks everywhere. 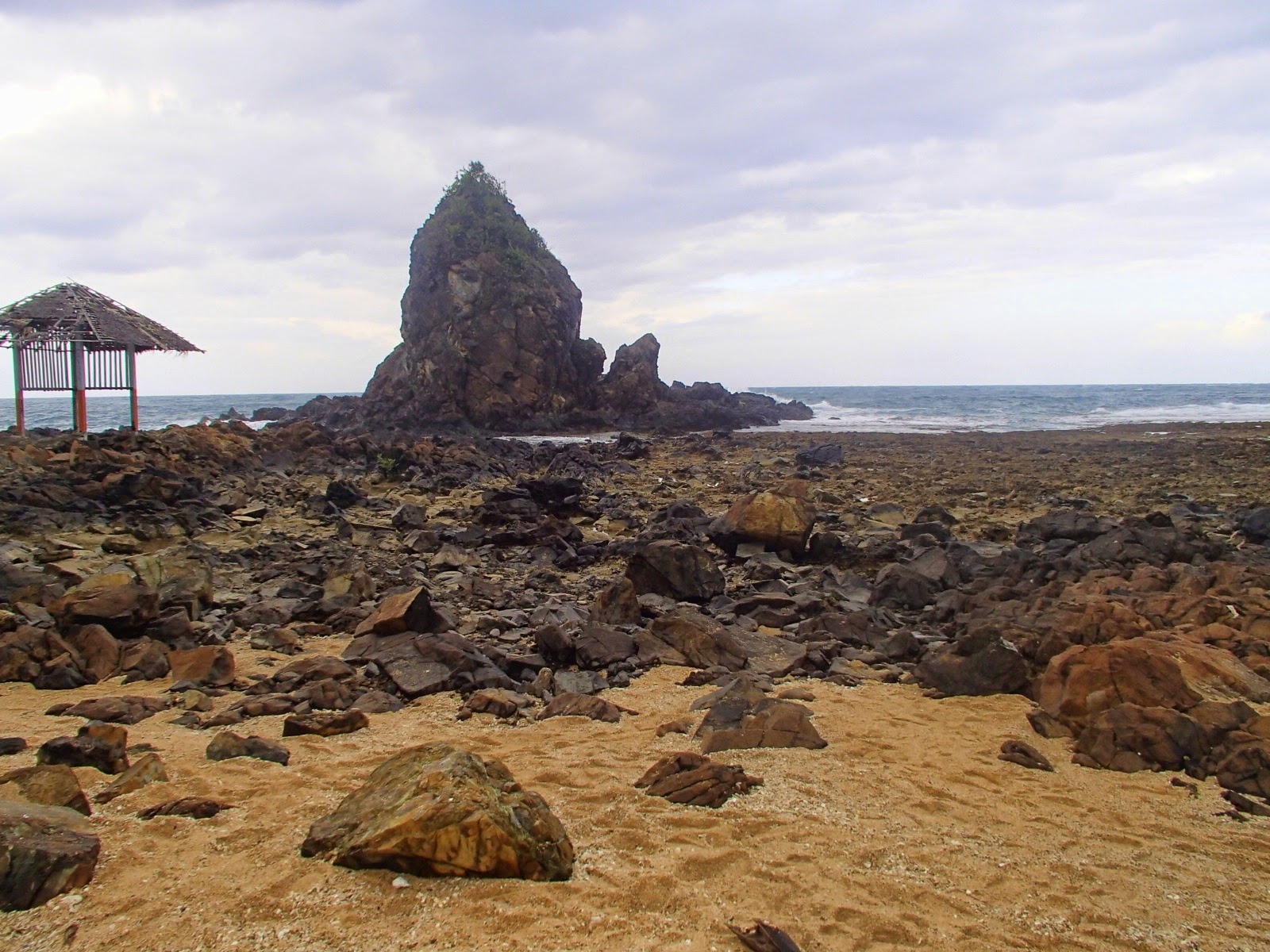 I love this photo!

The guides said that people could swim here. Although when we went there, it was low tide so they advise against it. Although, the alternative is to take a dip on the swimming pools nearby. Yes, they have a pool open to the public! They also have cottages for bumming around and taking a nap in between swims. Pretty cool, huh? :) 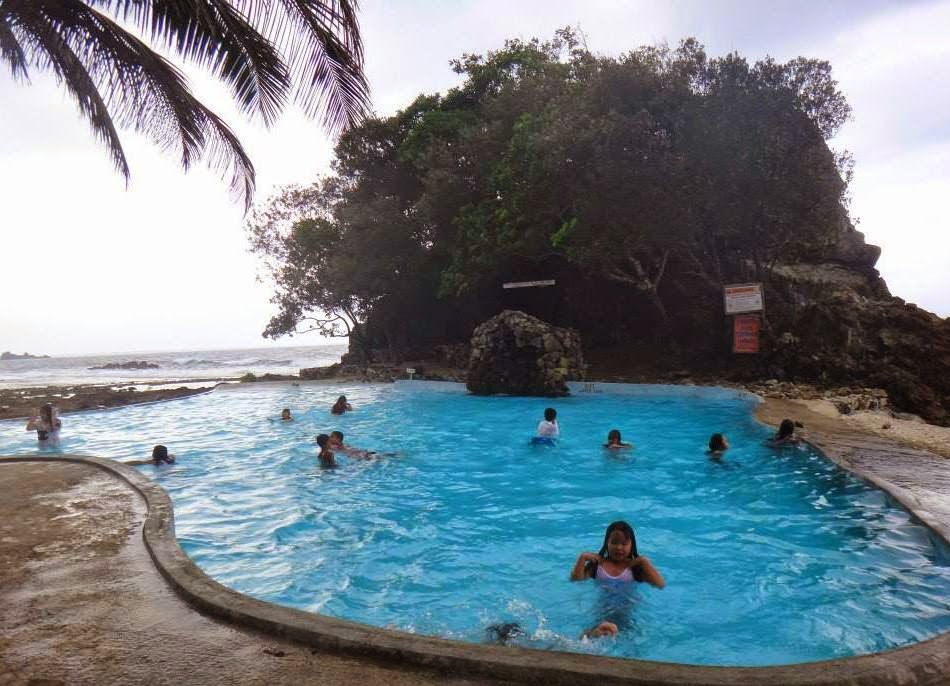 By the time we finished the tour, we we’re already tired so we scheduled surfing the next morning.  :) It was a packed first day but it was well worth it, because I didn't know that there were all these other places to see in Baler. :)

Next morning brings a tough challenge, surfing! I'll tell you guys the funny thing that happened on the next post! 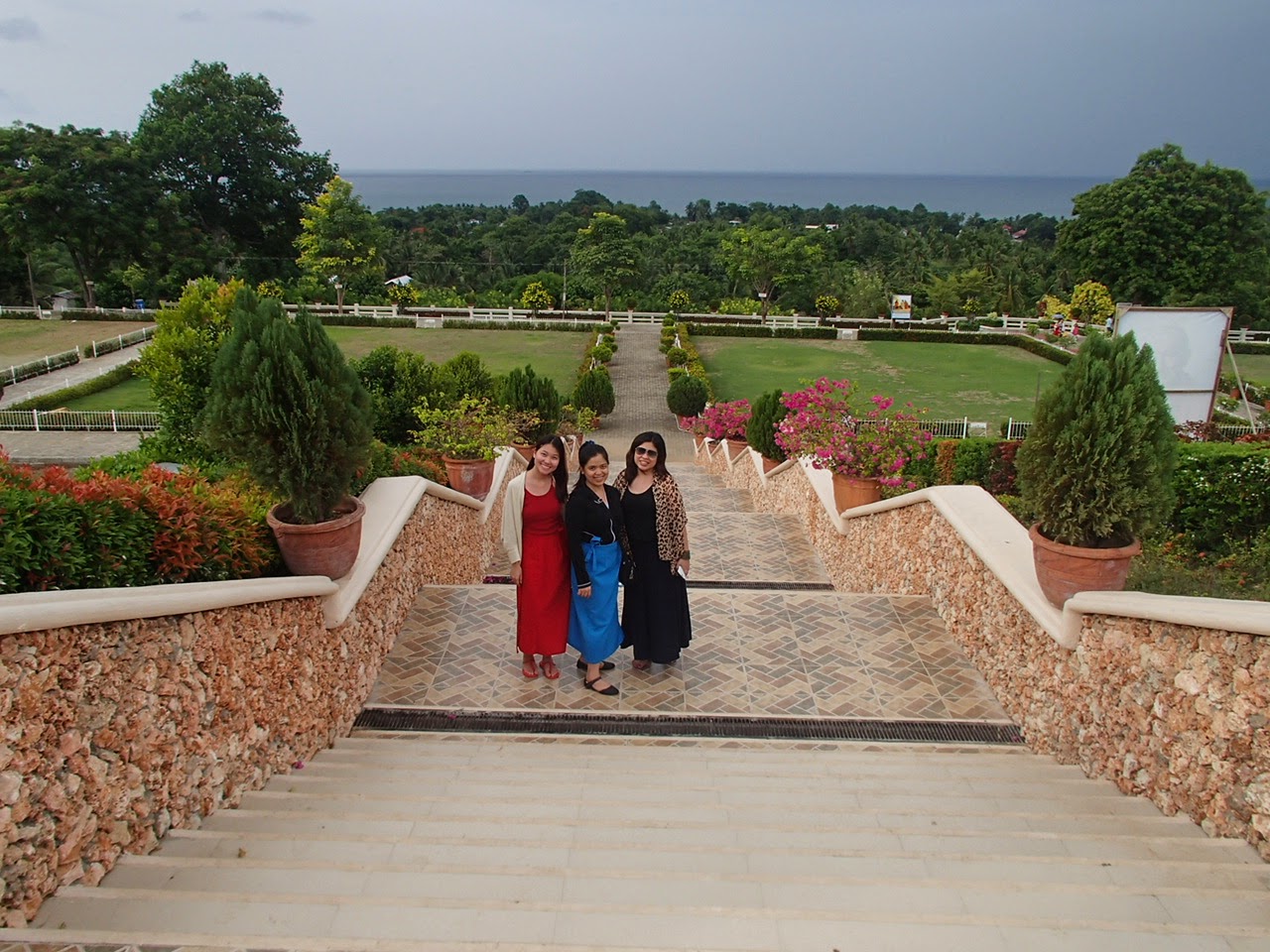