Baler at Second Sight: Part 2 of 2

Food, food and food! Here are some places you need to try as you get your foodie fix on in this island :)

Hungry Surfer
For this trip, we stayed at Bay's Inn which is just a stone's throw away from the beach. Last time we stayed at Mahdox Backdoor, and while I personally prefer the latter as far as accommodation is concerned, the former has its own 24 hour restaurant, the Hungry Surfer, making it one of the most convenient places to stay at in Baler.

Imagine, drinking your coffee with the sunrise as your view.... yeah, this is the life. 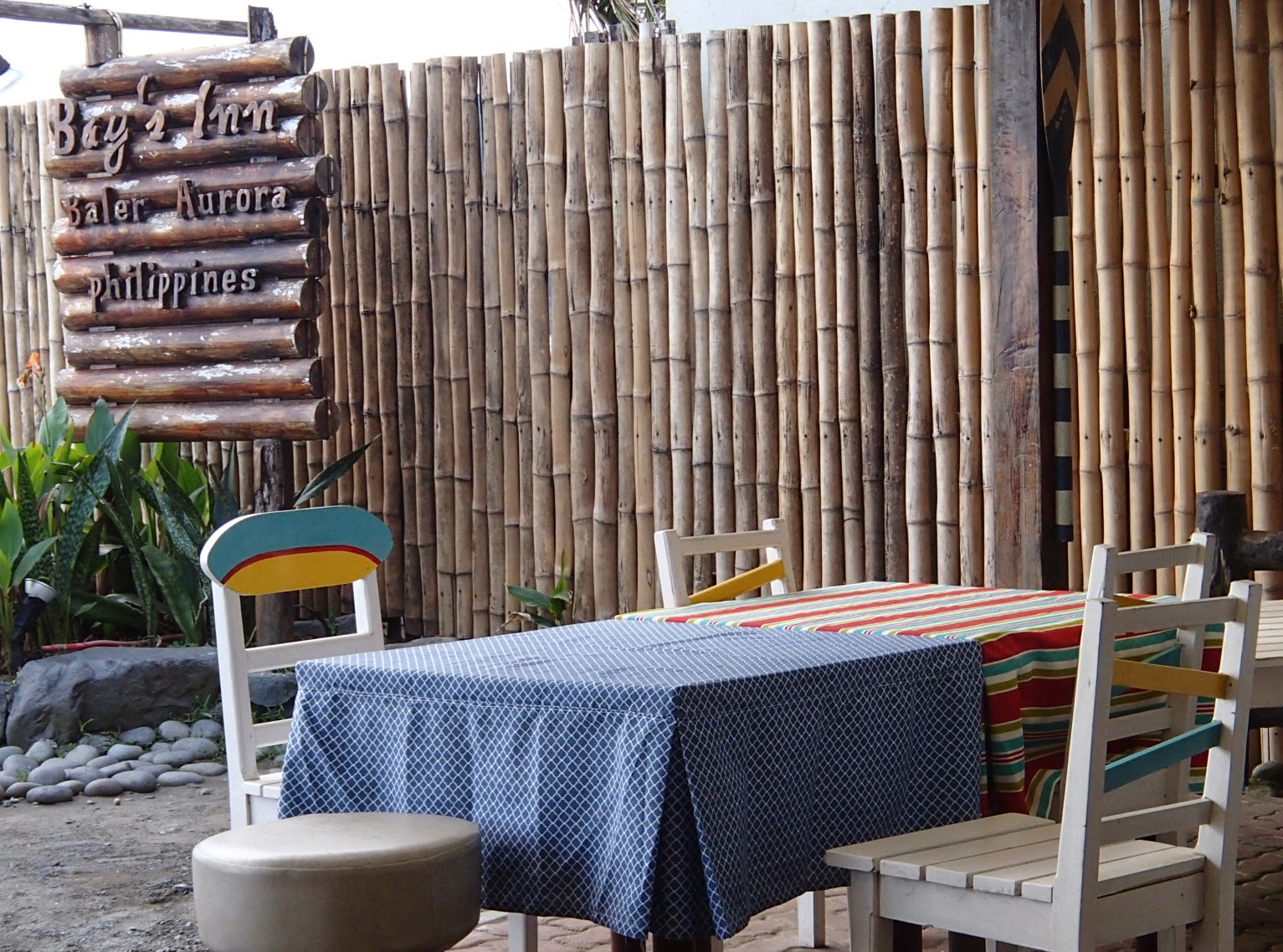 Aside from the view, another famous thing at Hungry Surfer is their breakfast buffet. For just P180, it's a steal, complete with tapa, crispy fish, longganisa, ham, veggies, pancake, toast, adobo, pandesal, soup and other breakfast staples.

This one below was my plate when we arrived in the island. The next day, I had a healthier appetite, don't mind that we were going surfing in 30 minutes, I had second helpings because I just had to go back for their adobo and garlic rice! yuuuuuum! :) 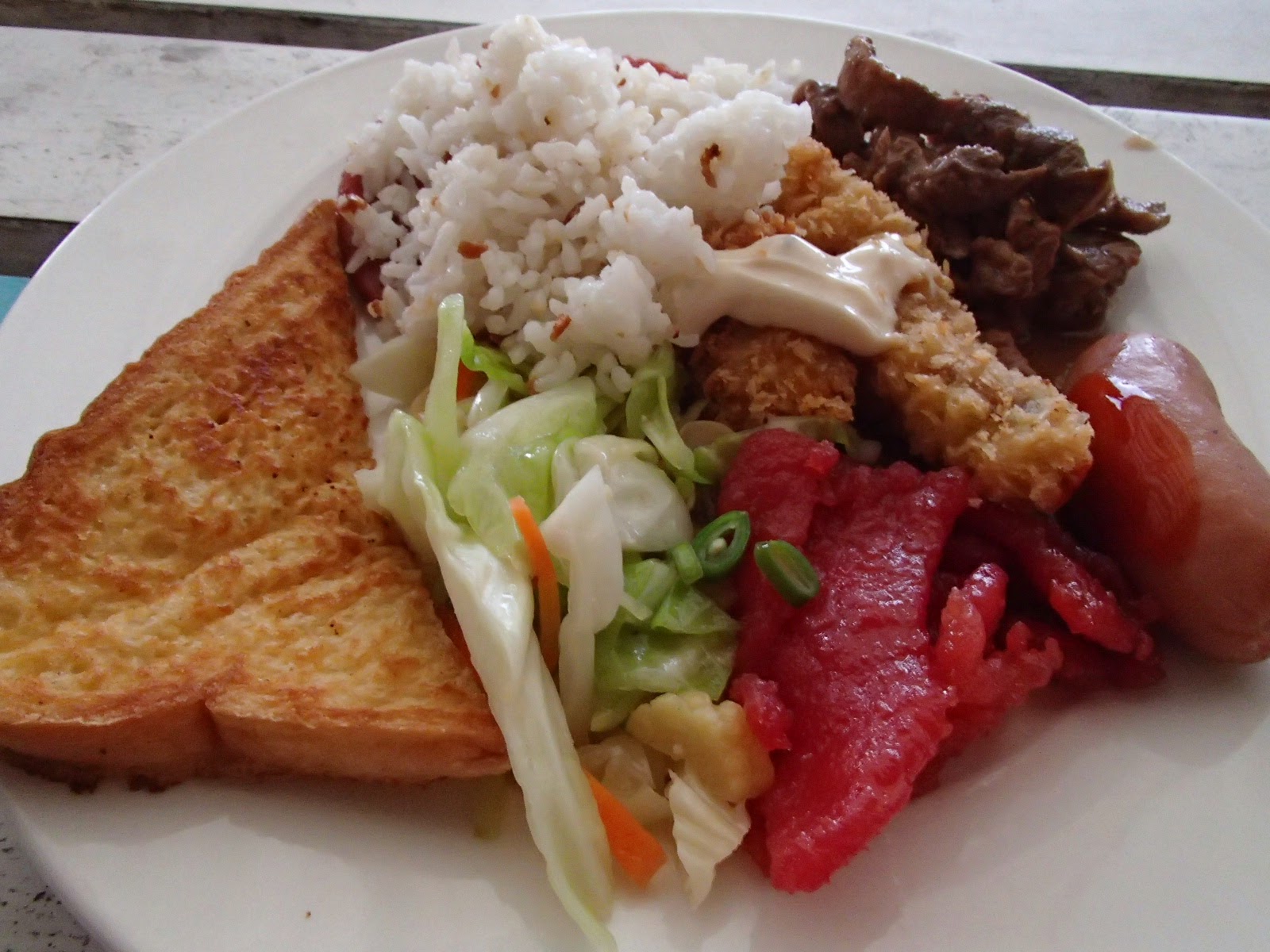 Hungry Surfer has a load of items in their menu, including sandwiches, pasta, burger, rice meals etc. Although they're most famous for their garlic chicken and their shakes :)

I love their chocolate shaaaaaaaake! It looks a bit messy but just because it was brimming with so much chocolate-y goodness :) 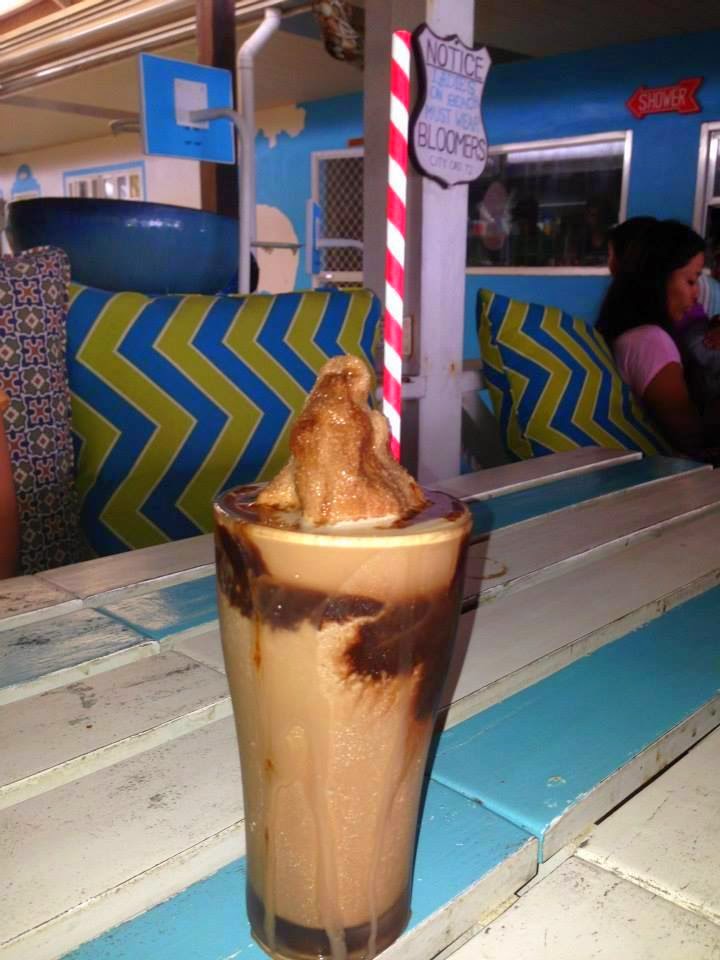 Costa Pacifica Baler
I'm sure most of you have heard of Costa Pacifica - the hippest and probably the most posh hotel at Baler. This hotel is more than just for checking in because it also caters to Baler-bound foodies by opening its restaurant, Beach House. 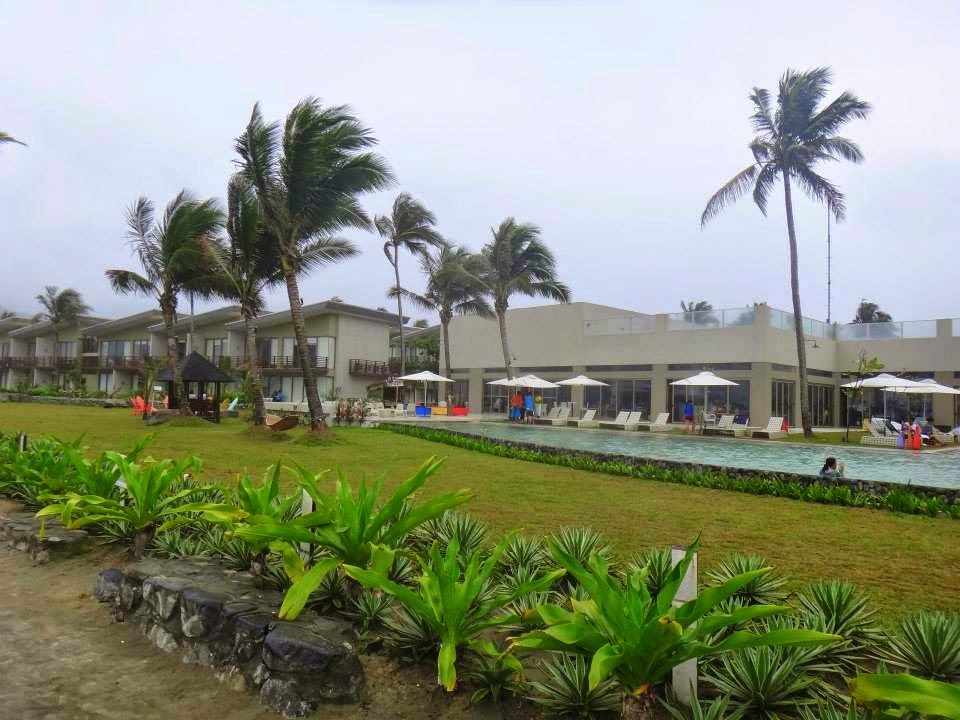 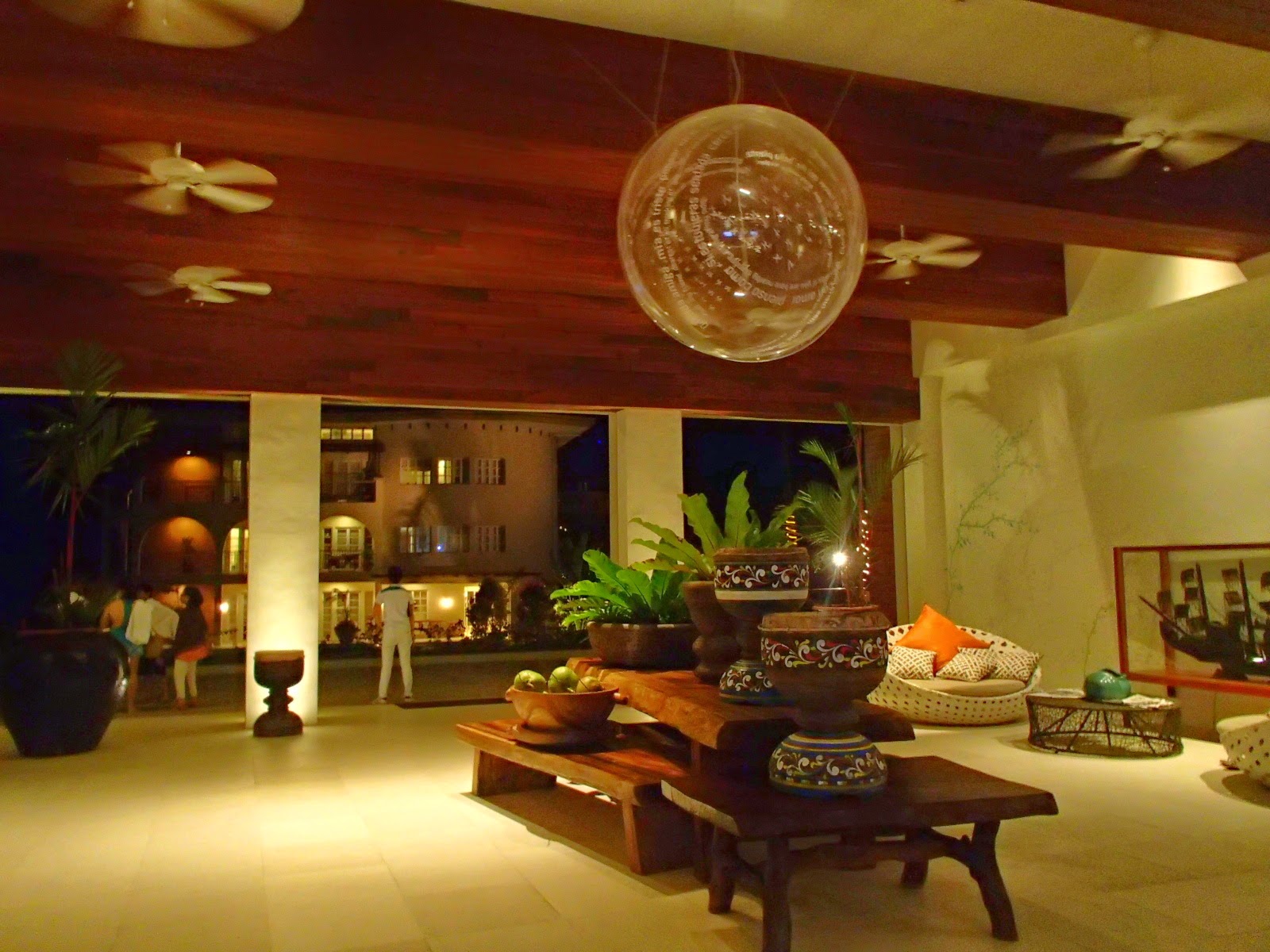 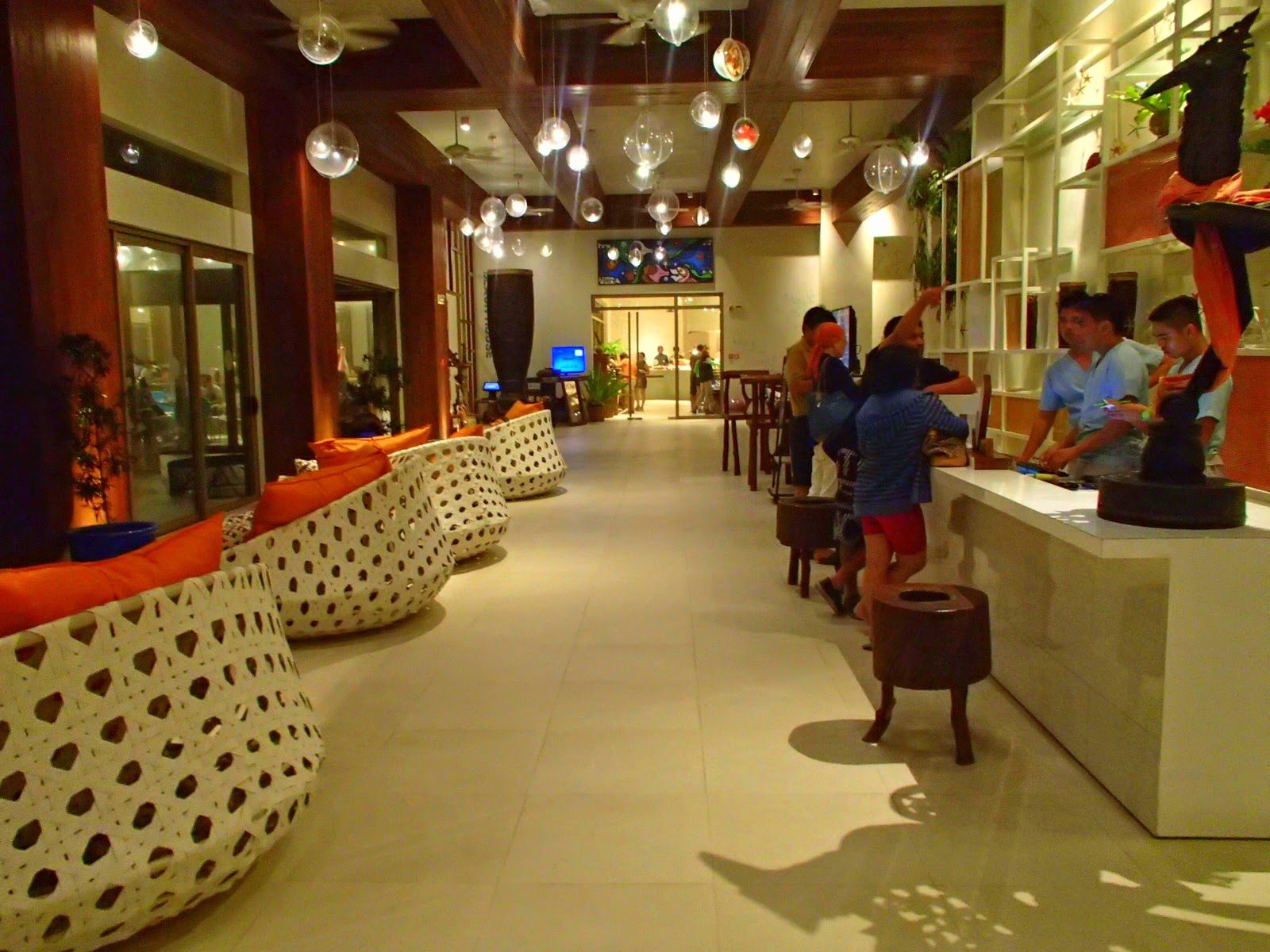 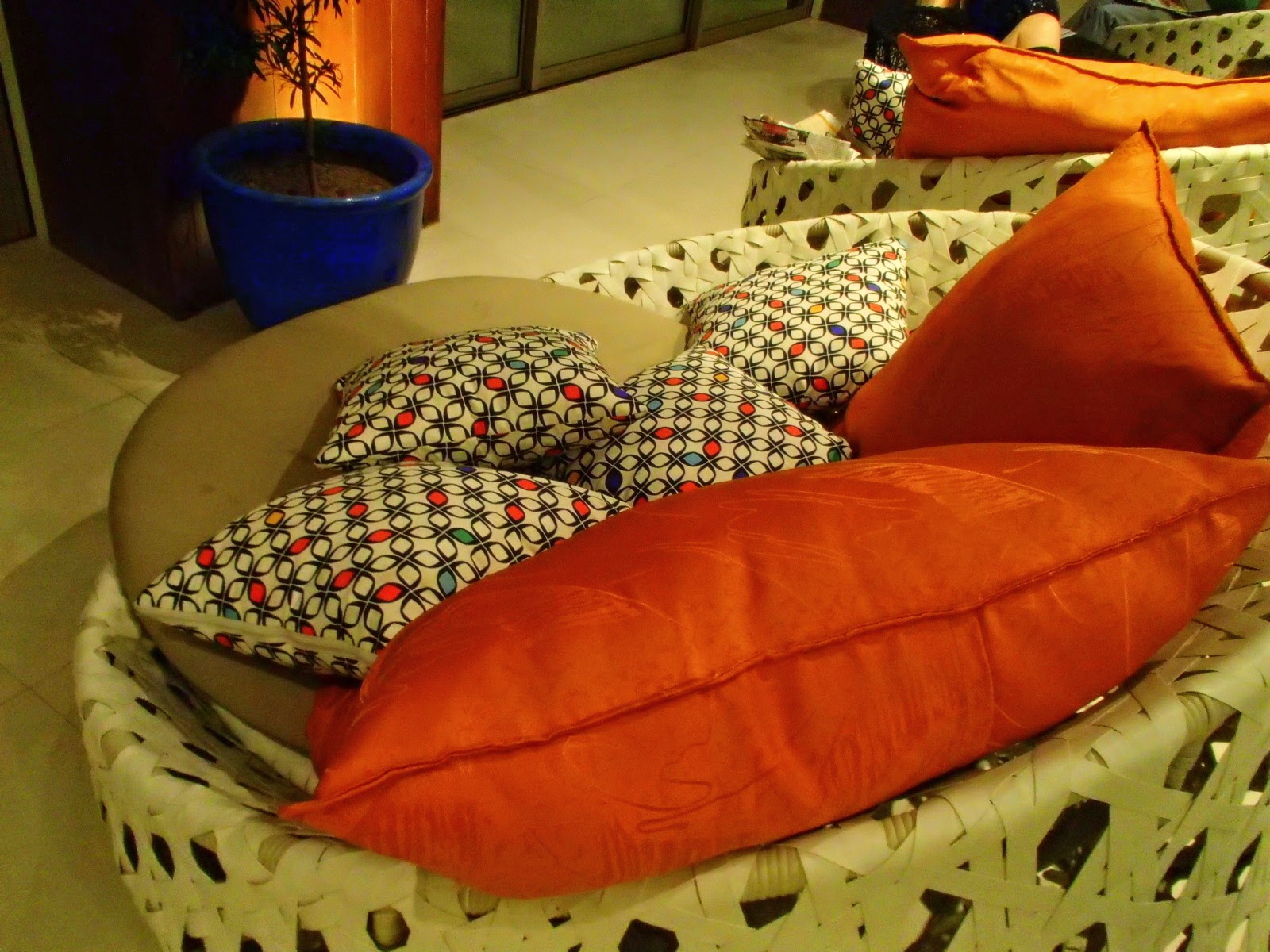 I want to take this chair home! Who's with me??! 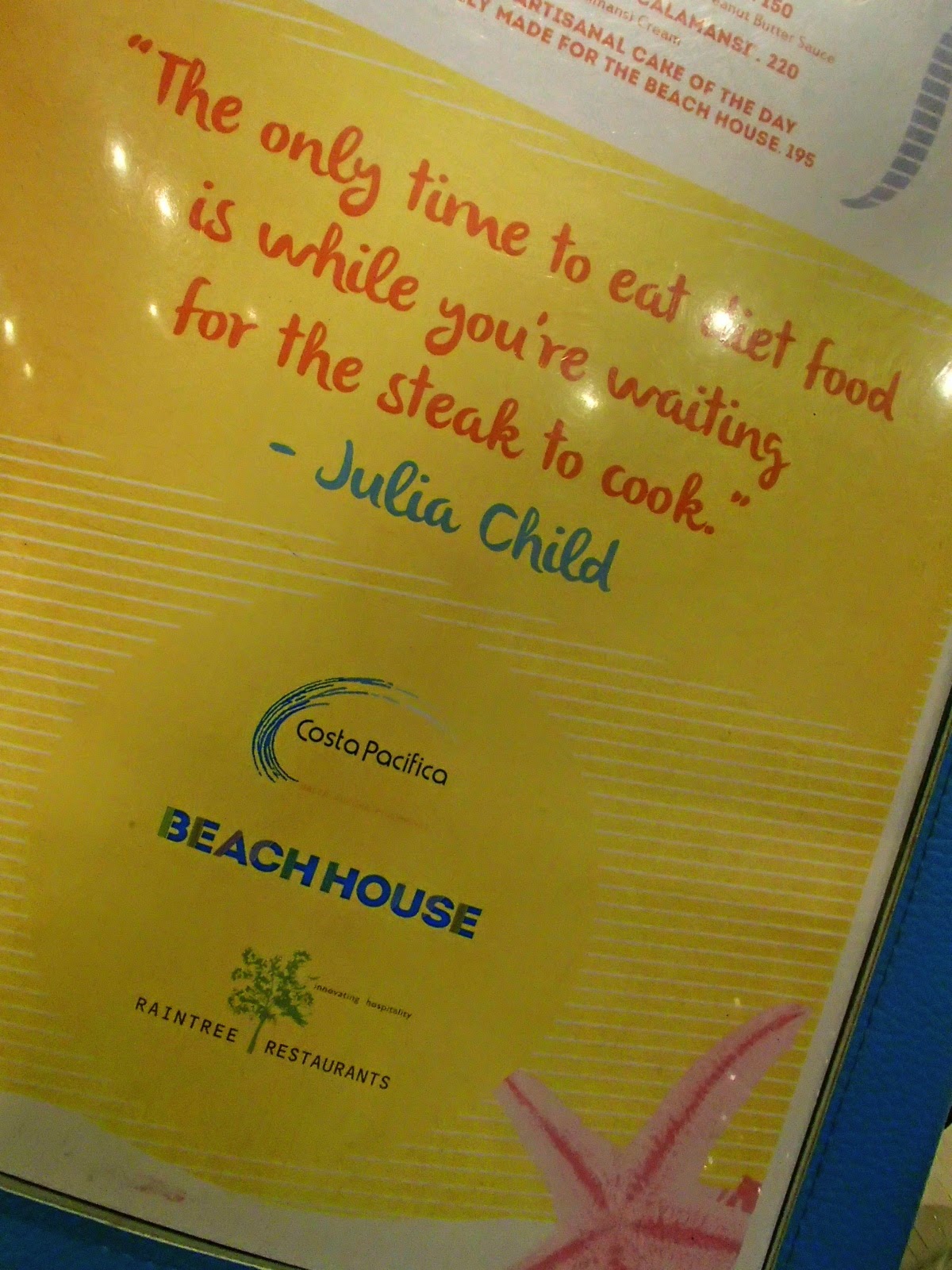 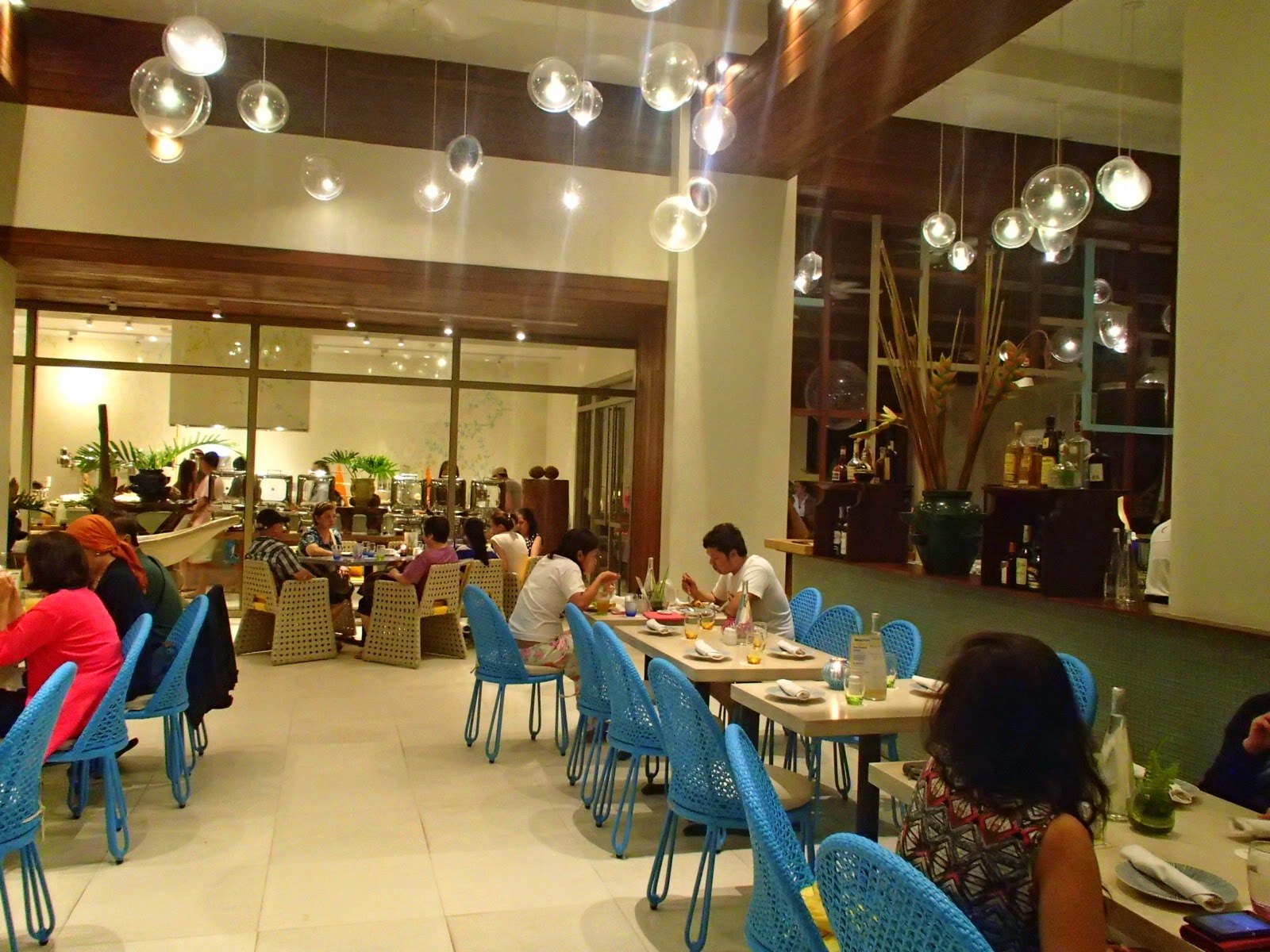 The food was gooooood and it's not very expensive either :) What's good about it is that there are several local specialties in the menu, like their pancit, pako and longganisa, so most dishes they serve aim to introduce the Baler taste to a foreign palette. :)

Here's a rundown of what we had: 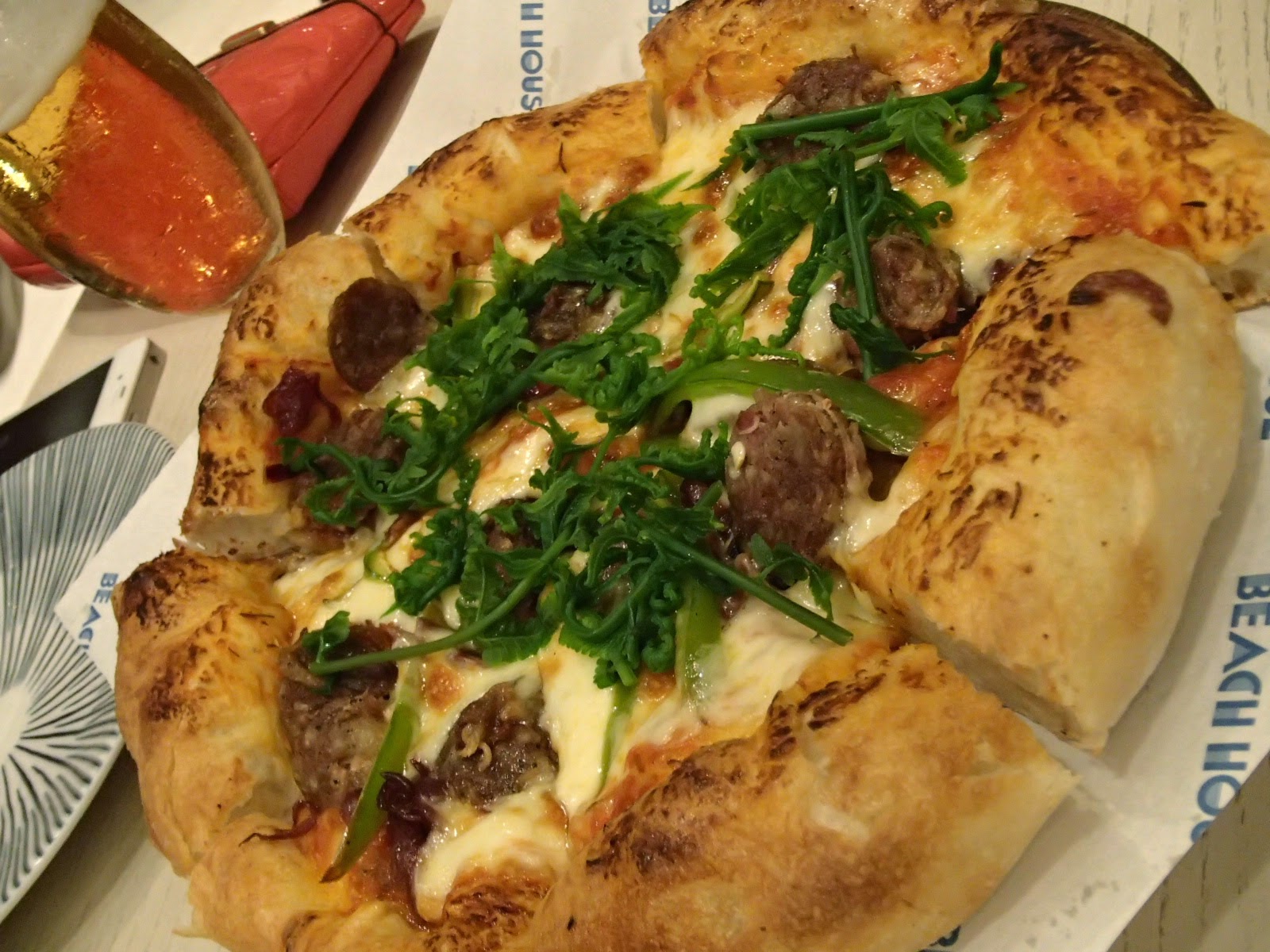 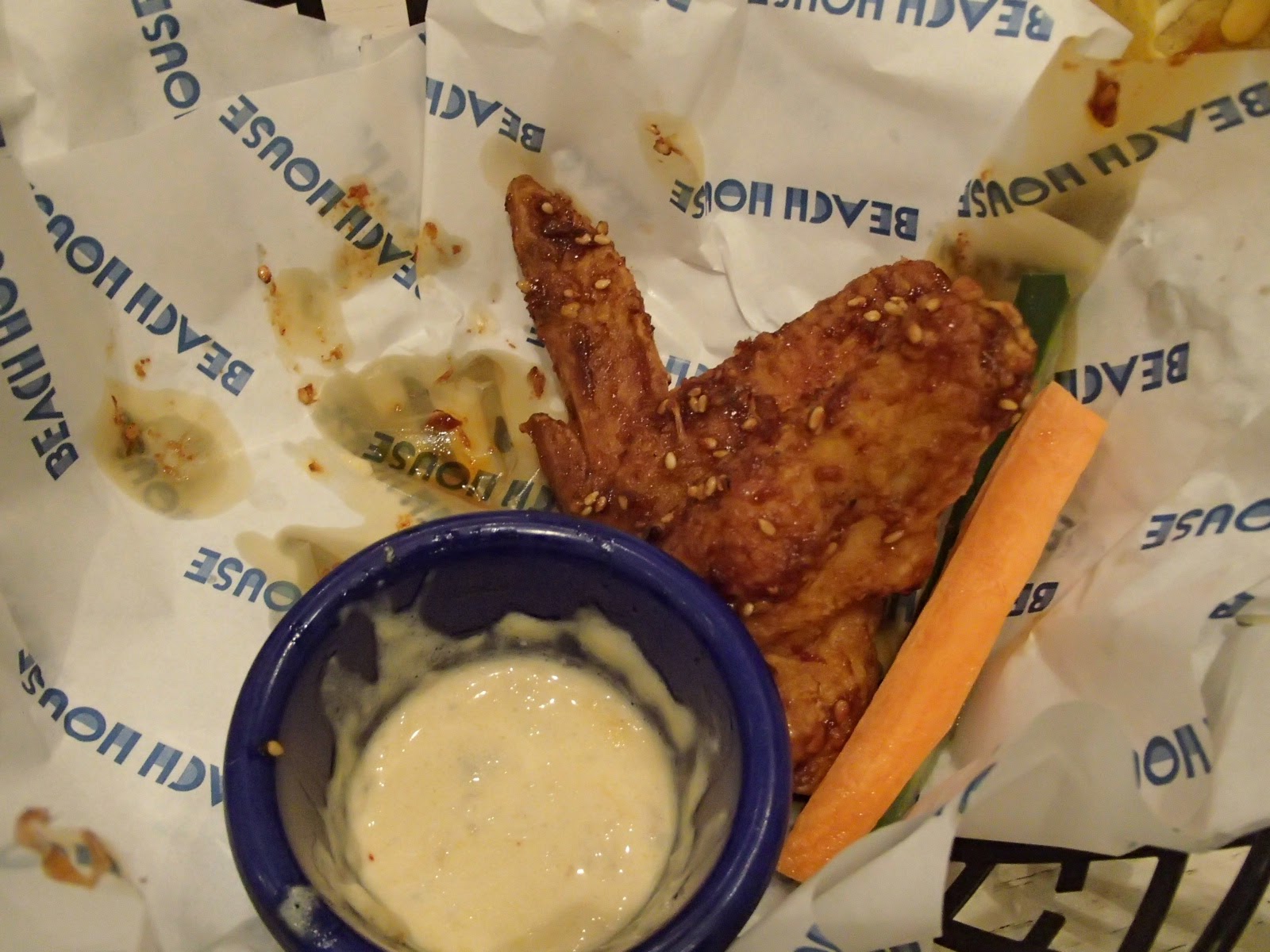 Buffalo wings
There's a reason why this photo only has one buffalo wing in it. Sorry! If there is one food that you have to order at Baler, THIS will be it. This was really good that I forgot to take photos of it... There's only one piece left when I realized! Ha! 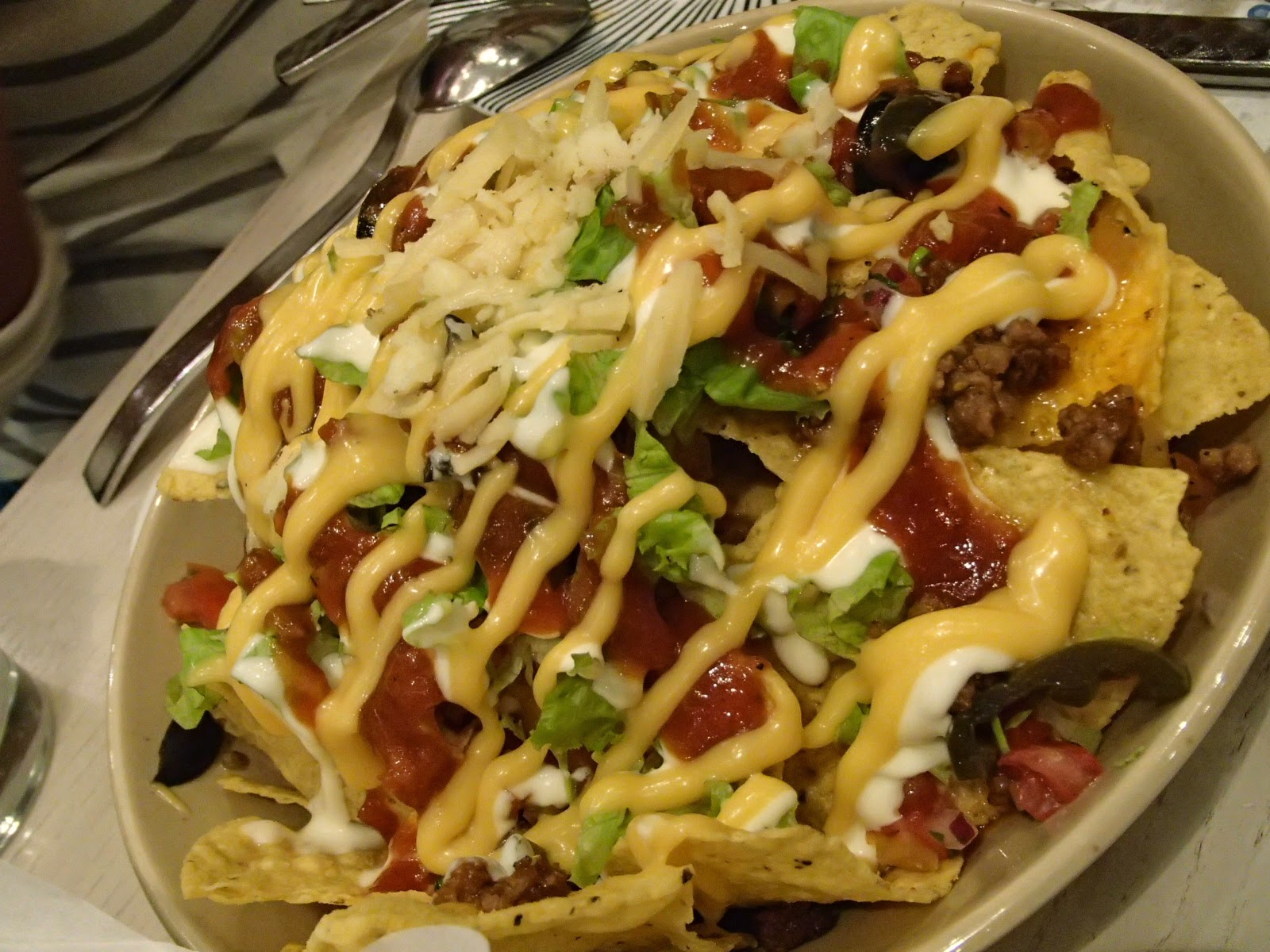 Nachos
If you like a little edge to these crunchies, suggest you put hot sauce on it :) 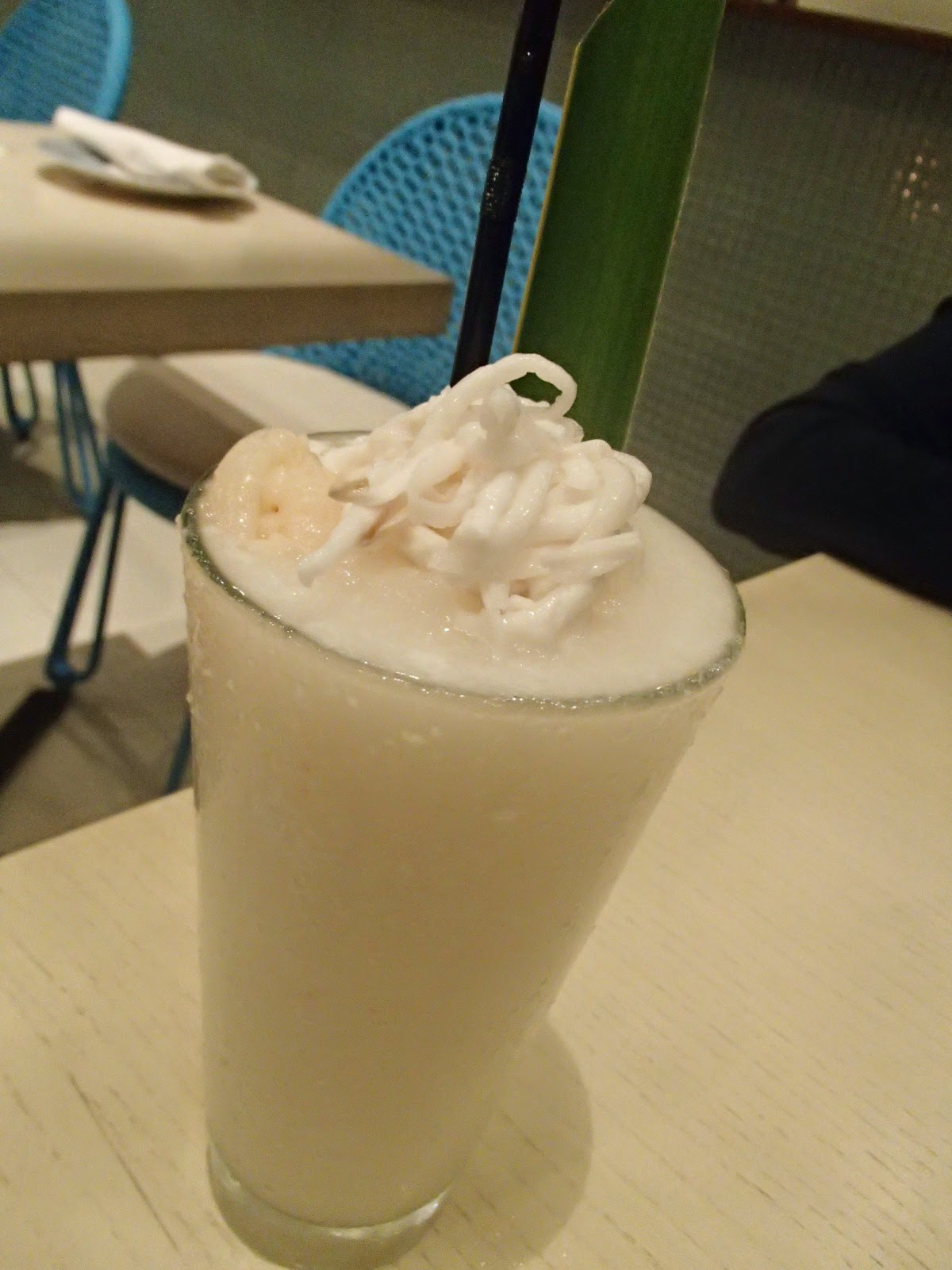 Buko Lychee Shake
The Beach House also prides itself for serving fresh buko and shakes with a twist :) This one's real refreshing! 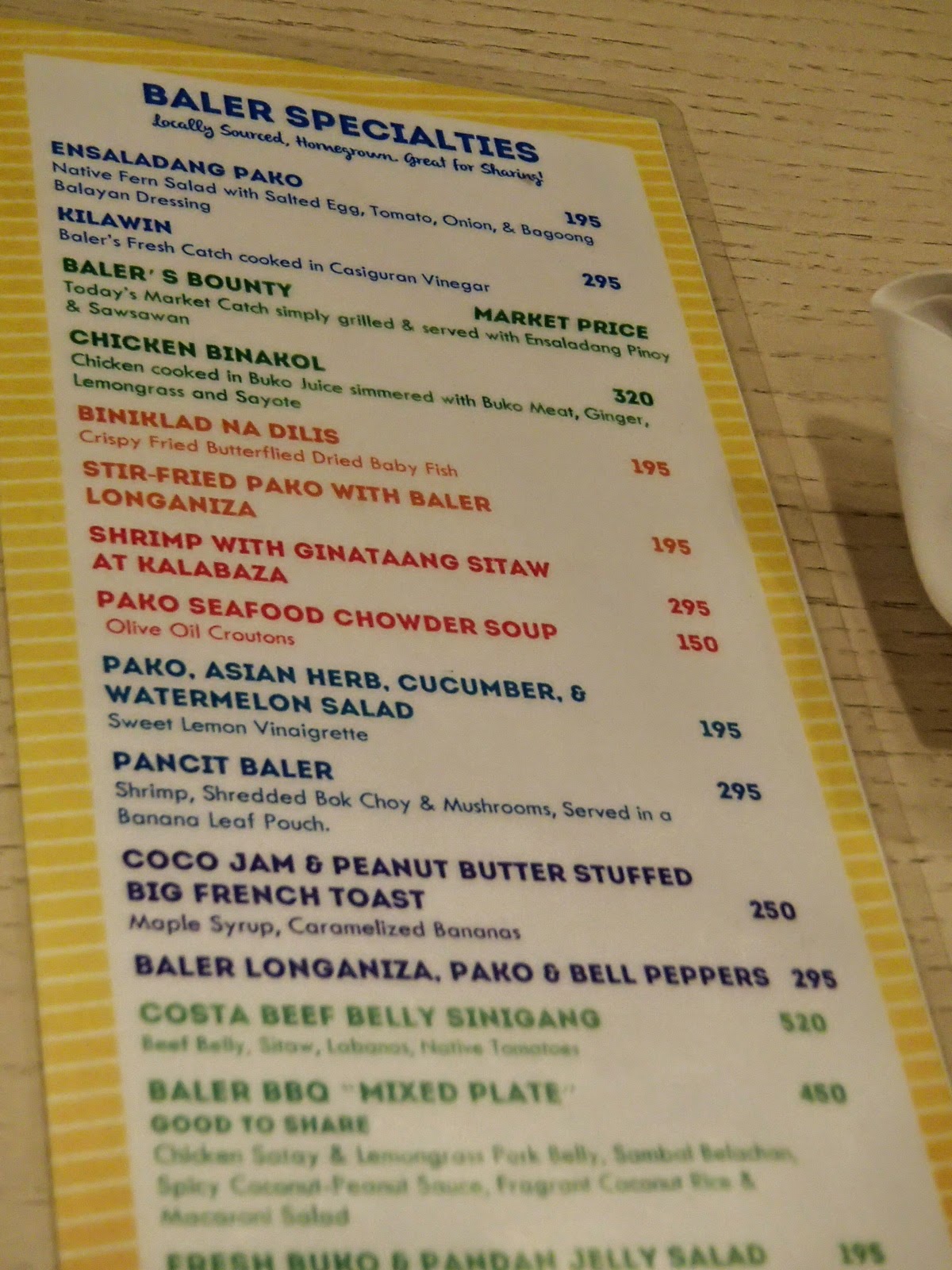 A snapshot of their specialties :) 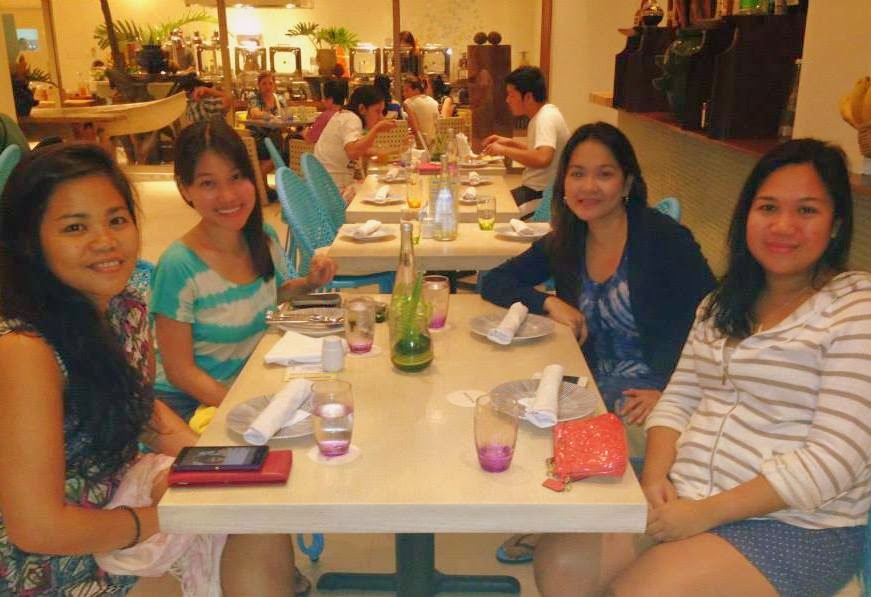 Next time, I'd love to stay at Costa Pacifica to get a more laid-back and beach-bummin' vibe of Baler :) Woot woot! Let's see how this island develops in a few years' time :)

Thanks Baler! Til next time!