I just finished "The Graveyard Book" by Neil Gaiman and loved it! This book won both the Newbery Medal and Carnegie Award, and I can see why. 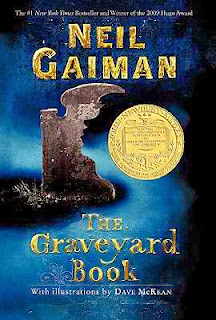 It's brilliantly written, a little creepy--yes--, but it's witty, funny and kind:


Nobody Owens, known to his friends as Bod, is a normal boy.

He would be completely normal if he didn't live in a sprawling graveyard, being raised and educated by ghosts, with a solitary guardian who belongs to neither the world of the living nor of the dead.

There are dangers and adventures in the graveyard for a boy--an ancient Indigo Man beneath the hill, a gateway to a desert leading to an abandoned city of ghouls, the strange and terrible menace of the Sleer.

But if Bod leaves the graveyard, then he will come under attack from the man Jack -- who has alredy killed Bod's family...

It sort of reminded me of Harry Potter, and although I am not about to go into a discussion to compare Rowling's masterpiece to Gaiman's (...lest have a bunch of haters from both sides by the end of writing this post), I will go as far as to say that if you enjoyed the Harry Potter series then you will also love this one right here.

We received quite a few books for Christmas this year (whooppeeee!), and I just latched on to this one since Christmas day. This had me hooked and had me reading from start to finish, including the reviews at the front-back cover, the acknowledgements after the story, and Gaiman's Newbery acceptance speech at the very end.

There were many nice quotes in the story, but here are my favorites:


“Suppose we pick a name for him, eh?"
Caius Pompeius stepped over and eyed the child. "He looks a little like my proconsul, Marcus. We could call him Marcus."
Josiah Worthington said, "He looks more like my head gardener, Stebbins. Not that I'm suggesting Stebbins as a name. The man drank like a fish."
"He looks like my nephew Harry," said Mother Slaughter...
"He looks like nobody but himself," said Mrs.Owens, firmly. "He looks like nobody."
"Then Nobody it is," said Silas. "Nobody Owens.”

“If you dare nothing, then when the day is over, nothing is all you will have gained.”

“Bod said, 'I want to see life. I want to hold it in my hands. I want to leave a footprint on the sand of a desert island. I want to play football with people. I want,' he said, and then he paused and he thought. 'I want everything.”

“It's like the people who believe they'll be happy if they go and live somewhere else, but who learn it doesn't work that way. Wherever you go, you take yourself with you. If you see what I mean.”

“I think I've got Fear down, but how do I take it all the way up to Terror?”

... And this one below is how Gaiman ended his acceptance speech when he received the Newbery Medal in 2009:

“We who make stories know that we tell lies for a living. But they are good lies that say true things, and we owe it to our readers to build them as best we can. Because somewhere out there is someone who needs that story. Someone who will grow up with a different landscape, who without that story will be a different person. And who with that story may have hope, or wisdom, or kindness, or comfort. And that is why we write.”

It's my first time to read one of his Gaiman's works, and I look forward to reading more of his in the upcoming year. :) 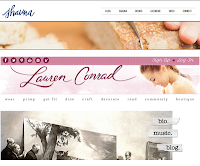 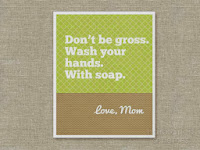