Surfing... and what I did instead.

How did everyone's Holy week go? Much-needed vacay for many, stay-cation for some...whichever it may be, I hope you were energized and refreshed for the upcoming week. :)

A week ago, I was pretty bummed out when I found out that our La Union trip was canceled. 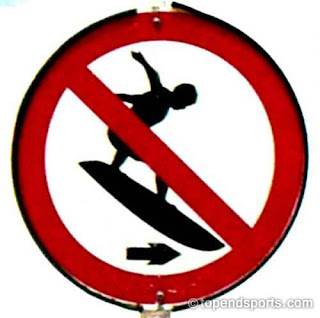 Surfing was one of the items in my bucket list so I was super excited (read: SUPER) to have that checked already, so when I got the text message confirming that it was canceled, I did what every sad/depressed girl would do... head to the nearest Dairy Queen and get myself an ice cream sandwich. Haha! This sounds funny now as I think about my sugary-goodness-stuffing face as I head on home, but at that time I was really disappointed.

Much-needed staycation
But just last Wednesday (just a day before the holiday), I began to see it as a good thing because I realized that there was so much work to be done (both in my job and with SMFW), that staying home a couple of days was not such a bad idea after all. So the first two days were major stay-cation for me as I caught up with some backlogs.

And yesterday was the only time I went out. Got to do some girly activities (i.e. shopping = yaaay!) with my mom and two sisters, and hung out with some church friends after. Yesterday was pretty fun and meaningful. We watched the Encounter and Father of Lights. Both were Christian-themed movies, but while the first one was like "The Shack" film version, the second one was a documentary about God's amazing revelations to people of all walks of life.

Pampapawis ng mata!
All of us were holding back tears throughout the film, because we were just so amazed on God's amazing power and love. "Napawisan ang mata ko, bro!" "Yung mata ko parang nag-gym" were some of the comments after the film that got us all smiling and nodding in agreement.

In the documentary, there was this one line that really struck me. The guy who said this looked like a hippie Christian with his tie-dyed shirt, dreadlocks held back with a bandanna and tanned skin, but he spoke words straight out of the Bible and he has such passion that both inspires and convicts you... and he said this: "If we represent Him well, then everyone will want what we have."

Represent!
Simple statement but it struck me with a big question mark, not because I am questioning God's goodness because there is no doubt about it... God is good, He loves unconditionally, His grace abounds, His compassion is new every morning, He is our shepherd who guides, He is our shelter and refuge, He is our helper in the most trying times... He is everything. And I don't doubt that, the question was more of a question that I ask myself: Am I representing Him well? Because I don't think people are as curious as to what I have as a Christian, so maybe I am not living up to what we are called to live out. :( Kulang na kulang pa talaga ako. And the truly amazing thing about it is that, no matter how lacking we are, He still loves and wants us. Now, that's radical.

Those were some of the realizations I gained from the film. Another one was that there are so many more ways to experience God, and it should never be confined to just the 4 walls of church.

Walkway: A new way of looking
So today, I went to the Walkway at BGC! Yaaay! I have been wanting to see this group, Church Simplified, in action after stumbling upon one of their articles online which really blessed me. And the walkway was definitely a new way of looking at the cross. If anything, it reminded me that faith in action is the true meaning of faith. Every station at the Walkway has a part that says "ACT" -- and these were instructions like to pray for this person, or to pledge to plant trees, to carry the cross to get an idea on how Jesus suffered to save us (it was really heavy!!! And it was only 1/3 of the real weight! Waaaaaah!), etc...  And this time, I joined another group as we cap off the experience by partaking of the communion and sharing what God has done for us.

Truly, God is so much bigger...

here is the real clincher which sets Him apart from all the rest...


6 Things that I'm Grateful For 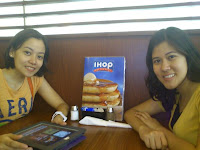 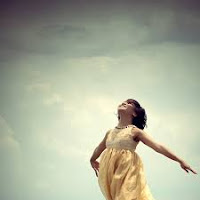