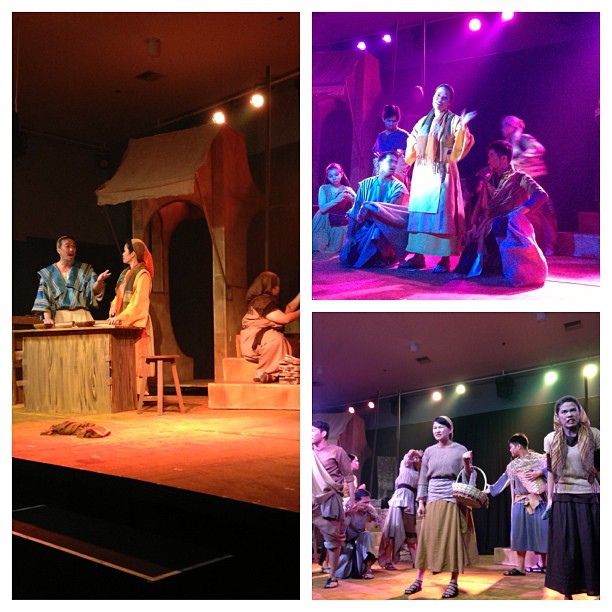 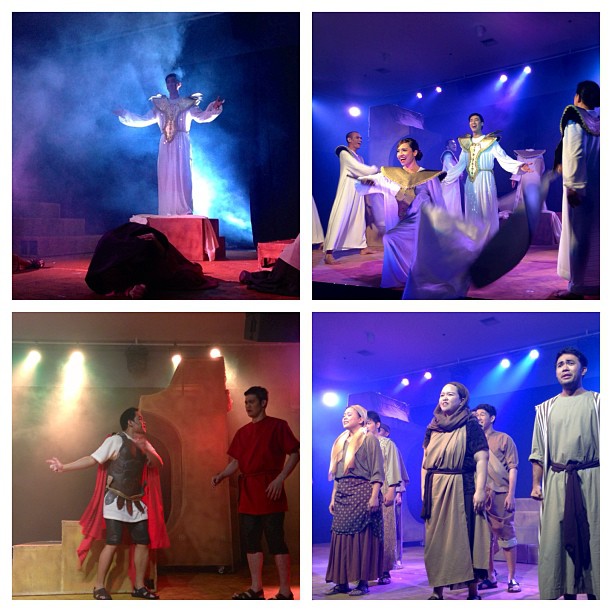 I cannot help but be touched when they had the curtain call and they were called one by one and some cast members gestured up to the Lord when the applause of the audience grew louder for each of them.

It is really different when you are playing for an audience of ONE. Iba talaga. 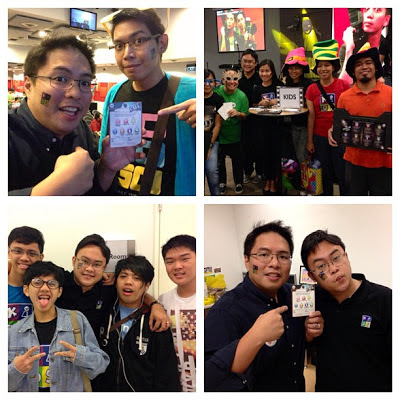 Then came the Volunteers Casting Call just yesterday in which the ministries called for volunteers to commit to serving for the whole year. As for us, we were part of the Kids Ministry and we had this idea which they put into action, to have a video played just before the end of the service showing all the cute-sy faces of our students! Haha! Just seeing those cheeks, dance moves and singing, the audience didn't stand a chance! But as is with the other ministries, we all hope that many were moved to take part in the "biggest production ever!"

Kids
And teaching the kids is something I like to do, and it's just great talking to these smart and yes, sometimes-unruly kiddos who love to make the classroom their playground! No kidding! We teach kids ages 4-6 so they can already engage in conversations, but their attention span is so short, it is sometimes a challenge for us.

Like yesterday, I was tasked to do the introduction for the Bible Story and the point of the story was to teach them that the Bible is the instruction guide in obeying Jesus. It has to be very simple, so we had to start it off by showing them a box of pancake mix, a lego toy and a shampoo bottle -- all of which has some kind of instructions for use.

So I was showing it to them asking them, "how will I know how to make a pancake?" And they all stared at me blankly for a few seconds.. So I led them closer to the answer... "Do you think there is a set of instructions on this pancake box?" Still nothing. So I have to inch the answer closer, so I passed the box around so they can see the instructions for themselves, and yet they all answered a resounding "No!There are no instructions!" after I asked them again the question.

Stressed much?
At this time, I was beginning to be stressed out, partly also because another teacher was sitting there watching my demise... She was looking at me rather sheepishly, and I just just had to go through the whole thing to make sure that the kids all answer "the Bible!" by the end of the introduction because that would set off the start of the story...

It was then that I had to remind myself rather quickly that it's not about me and I had to lighten up. There is no reason being stressed over something that is not your work in the beginning. I mean don't get me wrong, this is not to say that you don't prepare and exert effort, but there is always room for letting God work in their hearts and their attention spans... because it is not about you.

So after serving at the 4pm, I was already in a lighter mood come the 6pm. I don't think it's God's intention to burn us out with serving, because it's not. And service will always come secondary to our relationship with Him...

And as for me, I think my pride is something that I have to struggle with so I always have to remind myself that it's not about me. And consequently, knowing this does take the burden off of your shoulders. 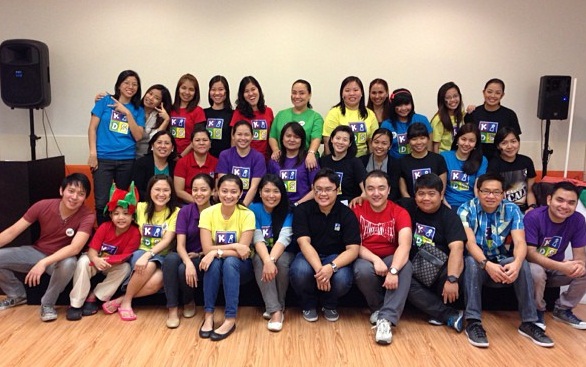